Signe Bosson-Alin was a language teacher, girls’school principal and association secretary during the 1930s for the Swedish YWCA.

Signe Bosson-Alin was born in 1886 as Signe Botilda Nilsson in Önnestad outside Kristianstad. Her mother Anna, née Svensson, was originally a teacher at the Högre lärarinneseminariet (women’s teacher training college) in Stockholm. Her father Sven Nilsson had been the principal and a teacher at Önnestad folk high school during its starting-up period and earliest years in the 1860s and 1870s, and worked later as a private teacher. He died when Signe Bosson-Alin was only nine years old. After her father’s death, the family farm in Önnestad was sold and her mother moved to Lund in 1900 where she earned the family’s living by renting out rooms to students. Signe Bosson-Alin had to remain in Kristianstad for a couple more years to finish her studies at the Virginska girls’ school. She later matriculated in Lund in 1904, and took her B.A. degree at Lund University in 1908. Through her lodgings enterprise, her mother succeeded in giving all four of her children the opportunity of studying at university and not least her defence of her two daughters’ opportunities to study are worthy of note. The siblings also worked as private teachers during their student years to help with the domestic economy. They often stayed with their maternal uncle Trued Bosson, a vicar, who was an important support for the family. Around 1900, all four took his surname: Bosson.

Signe Bosson-Alin grew up in a family characterised by evangelism. Both parents were actively involved and loyal supporters of Carl Olof Rosenius, one of the founders of EFS. The Christian faith was very important for Signe Bosson her whole life. During her early student years in Lund, she was engaged in the Christian student movement and church youth movement, where she got to know among others Manfred Björkquist and his siblings. She sat on the board of the Lund Christian students’ union. She was also strongly involved in the women’s movement and the peace issue and was a member of the women students’ Lunds Kvinnliga Studentförening. Through it she came in contact with other Christian women with similar involvement. The theologian Ester Lutteman became a close friend at that time of both herself and her sister Ingeborg Bosson.

She took her involvement in associations with her when she was appointed to her first post as a schoolmistress at the Nässjö coeducational school in 1909—1911, and she was the chairwoman of both the Nässjö association for women’s political suffrage and the local association of the Swedish student temperance association (SSUH).

In 1912, Signe Bosson-Alin married the Lund theologian Folke Alin who was the brother of Anna Alin-Bosson, Nils Hjalmar Bosson’s wife. They had three children. The youngest daughter Hillevi died however when she was only one year old, and two years later, in 1923, her husband died after a long period of illness. Signe Bosson-Alin was a widow when she was only 37 years of age, with two children to support. She had never left her professional work completely however, not even during the years when the children were born, when she had held shorter teaching appointments at the Lund teacher training college for elementary schoolmistresses and at various girls’ schools in Lund. In addition, on a few occasions she also translated literature by the German theologian Friedrich Heiler and the Danish theologian Andreas Fibinger for Lindblads publishers in Uppsala.

After her husband’s death, her situation was however another. In 1925, she undertook a so-called test year at the Lund grammar school and moved later with her children to Malmö, where she had accepted an appointment as principal for Anna and Eva Bunth’s school for girls. This privately owned school had been started almost four decades previously by the two unmarried sisters Anna and Eva Bunth, who themselves had led the enterprise since then. Now they wanted to retire. The school was situated in its own, quite recently opened building in the centre of town. It was run with a state grant and offered a three-year primary school and eight-year elementary school with grammar school examinations. In other words, Signe Alin-Bosson became the principal of one of the girls’ schools in Malmö and after a couple of years she was also appointed as a member of the girls’ schools committee in Malmö. It turned out fairly soon however that the old Misses Bunth were a problem. They were not prepared to release their responsibility to their new principal, but interfered the whole time in her work and tried to run things — of course they still owned the school. After five years, she tired and resigned.

As has already been apparent, Signe Bosson-Alin was very engaged in various associations, mainly ones linked to the Christian faith, women’s issues, the peace movement and temperance movement. During the 1930s, this engagement was expanded into a professional commitment. In 1931, she moved to Stockholm and became the new secretary for the YWCA, an assignment that she held for nine years until 1940. Signe Bosson-Alin had no previous involvement in the YWCA and it was probably Ester Lutteman who drew the attention of the organisation to her merits when they were looking for a new secretary. Ester Lutteman was involved in the YWCA and a member of the board during most of the 1930s. Signe Bosson-Alin was also appointed in 1933 as the Swedish delegate to the YWCA international council along with Lutteman, and during the summer of 1934 she undertook a study trip to several European countries with a grant from the YWCA sister organisation in the USA. She was also a member of the central board of the Swedish Christian study association founded in 1931 to which the YWCA was linked.

Included in Signe Bosson-Alin’ assignment as association secretary, was being the editor of the association’s main organ Sveriges K.F.U.K. and she contributed quite often with texts of her own. They were above all religious contemplations based on various bible texts, and intended for use in bible studies at local meetings in the YWCA. Now and then she also wrote poems, most often with religious themes and under a pseudonym. She also resumed her translation work at the beginning of the 1930s and translated the German Unitas Fratrum member Samuel Baudert’s work on the 200-year history of Unitas Fratrum for the deaconry board’s publishers in 1932.

Signe Bosson-Alin resigned as association secretary in 1940 and moved to Sundsvall, where she had been appointed as teacher of English and French at the Sundsvall grammar school. She continued however as a member of the YWCA’s world council until 1945, and in 1940 she was also elected to the association board.

Signe Bosson-Alin worked as a language teacher in Sundsvall until her retirement in 1952. She died in Sundsvall in 1954. Her funeral was held in the cathedral in Lund and she is buried in the Northern Cemetery there. 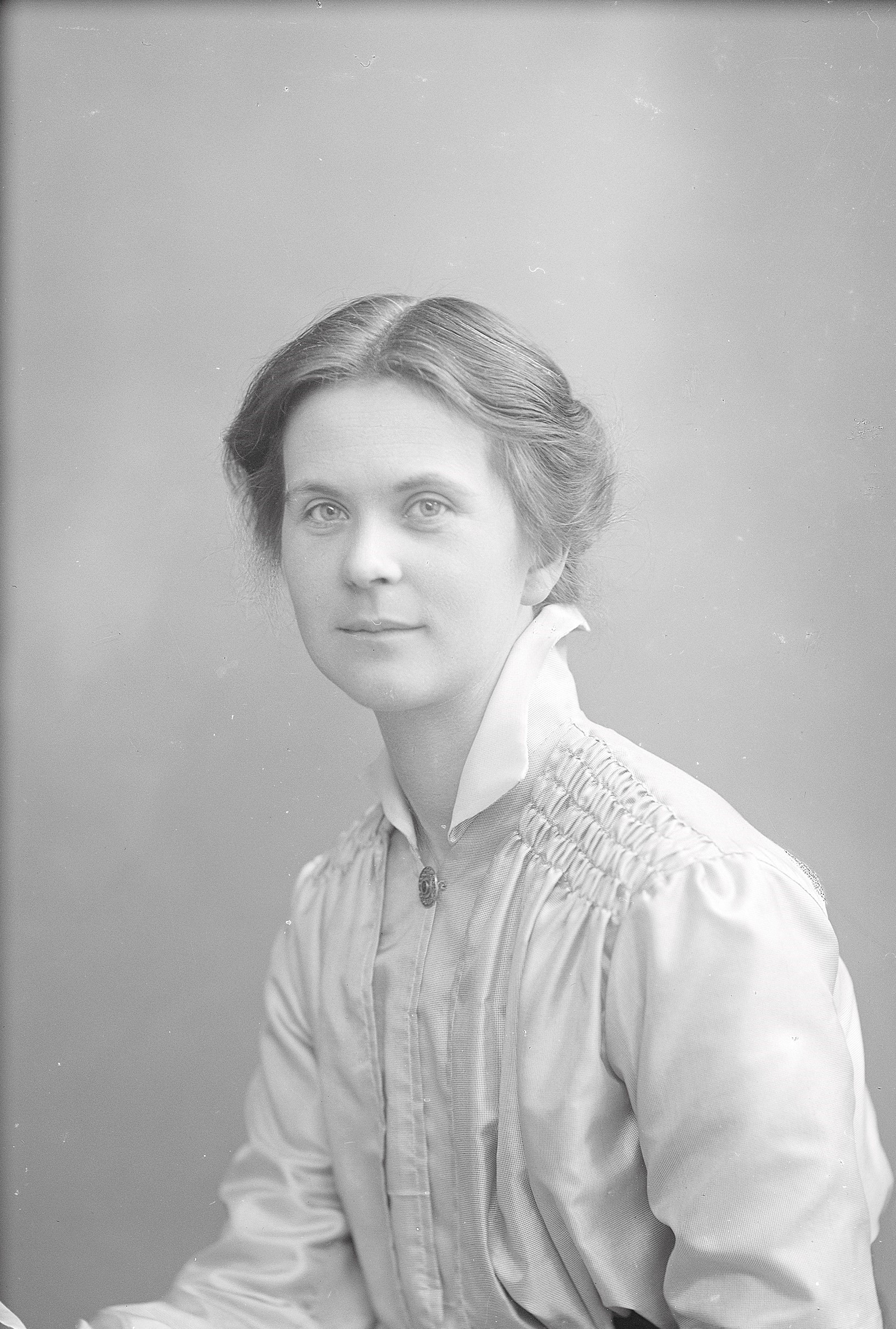