Sigrid Posse was a countess and a property owner who generated public debate in 1910 as a result of the publication of her book, Kvinnans värnplikt.

Sigrid Posse was born in 1861. She grew up on the Asa estate, near Växjö, along with her siblings. Her parents were Baron Gustav Leijonhufvud and Baroness Hedvig Leijonhufvud. In 1881, then aged 20, she married Count Knut Arvid Posse. Initially they lived on the Asa estate, which they took charge of in 1883. They then lived at Öjaby for a time, and then they lived in an apartment in Växjö. In 1904 they took over the family estate of Bergkvara near Växjö.

The move to Bergkvara changed Sigrid Posse’s life. From having been a housewife she became responsible for a sizable home where grand dinners were held and there were several staff to manage. She herself organised and was actively involved in running the self-sufficient estate but also had time to care for all her children. She maintained her relationships with them as adults through an extensive correspondence. Her letters describe events at the estate and encourage her children to live proper and Christian lives, reflecting how heavily influenced she was by the then dominant revivalist movement.

Sigrid Posse’s husband, Count Knut Arvid Posse, was a parliamentarian and was entrusted with a large number of positions of responsibility. In his absence Sigrid Posse took on the responsibilities of running the estate and its finances. On his death she – then aged 55 – became solely responsible for one of the largest estates in Småland comprising 6,000 hectares of land. Bergkvara included three granges and 105 crofts. Further to the usual livestock there was also a sawmill, a plant nursery, and a dairy. In 1916, the same year that her husband died, a fire broke out in the Bergkvara agricultural buildings which just about completely destroyed them. Sigrid Posse had to single-handedly negotiate with the male bank-managers and insurance company agents. The fire drained her of her finances and energy during the ensuing ten years she spent rebuilding Bergkvara.

Despite Sigrid Posse’s workload she was also entrusted with a lot of other responsible positions. She was, amongst other things, an active member of Svenska Djurskyddsföreningen (animal protection association), for which she wrote a 4-act play entitled Var god mot Djuren which was performed at a benefit event in Växjö. She also organised fund-raising for the Småland women’s aeroplane in 1916. She also campaigned forcefully and energetically against the excessive alcohol consumption which raged across Sweden at that time and set up a temperance lodge at Bergkvara.

Sigrid Posse’s idea of female conscription did not entail armed defence of the realm. Instead it referred to training women to be good wives, mothers, and defenders of Swedish society. She stated in her book that all Swedish women between the ages of 19 and 24 should undertake mandatory military service. Further, they should not be allowed to marry before they had completed this service. During conscription they were to be taught how to cook, hygiene, medical care, and sewing. She felt that sewing skills could be learned through the production of items of clothing for male conscripts and for hospitalised children. “The Crown should rent or purchase buildings which could house 35-40 people” in association with the hospitals throughout the land, and this would solve the housing issue, and “everything would be run by a trained, responsible, and practical housemother”. Her book closed with an encouraging statement addressed to Swedish parliamentarians: “I truly hope that some of our parliamentarians will robustly and willingly act on behalf of this important matter. Try again, keep trying until you succeed.”

The type of women’s conscription that Sigrid Posse advocated was, however, never realised. Her life was preoccupied by God, her family, the Bergkvara estate, those who were in need, and wider Swedish society. She was in many ways a radical but she was also conservative in regard to her views on women’s roles in society. 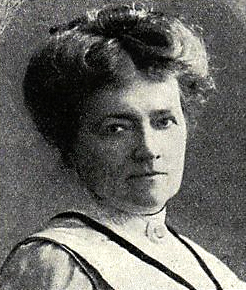