Sonja Lyttkens was a mathematician and artist. She was the first woman university lecturer in mathematics in Sweden. She was also engaged in the issue of joint taxation for professionally active spouses.

Sonja Lyttkens was born in Stockholm in 1919. Her mother was the artist Anna Petrus-Lyttkens and her father was Harald Lyttkens, a naval physician. After a number of years in Halmstad and Karlskrona, the family moved in 1930 to Kalmar, where Sonja Lyttkens matriculated in 1937. After that, she could not decide whether to study mathematics, for which she knew she had a gift, or to follow in her mother’s footsteps and invest in becoming an artist. Sonja Lyttkens finally decided to take mathematics. She moved to Uppsala, which was to be her home town for the rest of her life.

Sonja Lyttkens registered herself in the Kalmar nation students’ union and started her studies in mathematics. She gained her Bachelor’s Degree in 1939. Three years later she gained her Master’s Degree that included a broad range of subjects apart from mathematics: physics, chemistry, mechanics, philosophy, and pedagogy. During her student years, she was also active in the student theatre where she played several larger roles, and the long-standing folk dance association Philochoros, where she also met her first husband Åke Nåsander. The couple were married in 1942 and had three children. The following years, she also devoted herself to painting and reading art history. During all her years as a student, Sonja Lyttkens was active in her student union. In the 1944–1945 academic year she was the second woman to be the first curator in Kalmar nation. Many years later, in 1970, she was also made inspector of this union, the first ever woman inspector at Uppsala University.

Encouraged by her teacher Arne Beurling, Sonja Lyttkens decided a few years after taking her Master’s Degree to undertake higher studies in mathematics. She gained her licentiate in 1951 and her doctorate in 1956 with a thesis entitled The remainder in tauberian theorems: Inaugural Dissertation. She was the second woman to gain a doctorate in mathematics and the first to have a professional academic career as a mathematician. Sonja Lyttkens was appointed to a post as senior lecturer in 1957 and in 1963 she became the first woman university lecturer in mathematics in Sweden. Despite her often heavy burden of teaching, Sonja Lyttkens continued her research. Her last essay was published after she had retired.

Sonja Lyttkens divorced her first husband in 1950 and met Sven Hamrell, also a PhD, a few years later. They were attracted to each other, but were uncertain whether or not they would be able to afford to marry. There was namely an obstacle, and that was joint taxation, which meant that their salaries would count as one income and thereby be affected by the extremely progressive taxes of that time. Sonja Lyttkens wrote a debate article in the major daily newspaper Dagens Nyheter in 1959 in which she demanded that the joint taxation of married couples should be abolished. In 1960, Sonja Lyttkens and Sven Hamrell were married, and they had two children. The battle against joint taxation continued during the whole of the 1960s. Group 222, of which Sonja Lyttkens was a member, played an important role. Joint taxation was finally abolished in 1971.

In 1975, Sonja Lyttkens resigned as inspector of Kalmar nation to become the head of the department of mathematics, an assignment that she was however compelled to resign from when she fell ill in TBE (tick-born encephalitis). Sonja Lyttkens retired in 1984. After her retirement, she took up painting seriously. She visited India and Easter Island among other places to gain inspiration. She had several exhibitions after that and is represented in the national collection at Statens Konstråd.

Sonja Lyttkens was very engaged in working to improve women’s conditions in the academic world and when the women mathematicians’ network Kvinnor och matematik was founded at the beginning of the 1990s, she participated in conferences organised by it and recounted her experiences as a woman mathematician.

Sonja Lyttkens died in 2014. She is buried in the Old Cemetery in Uppsala. 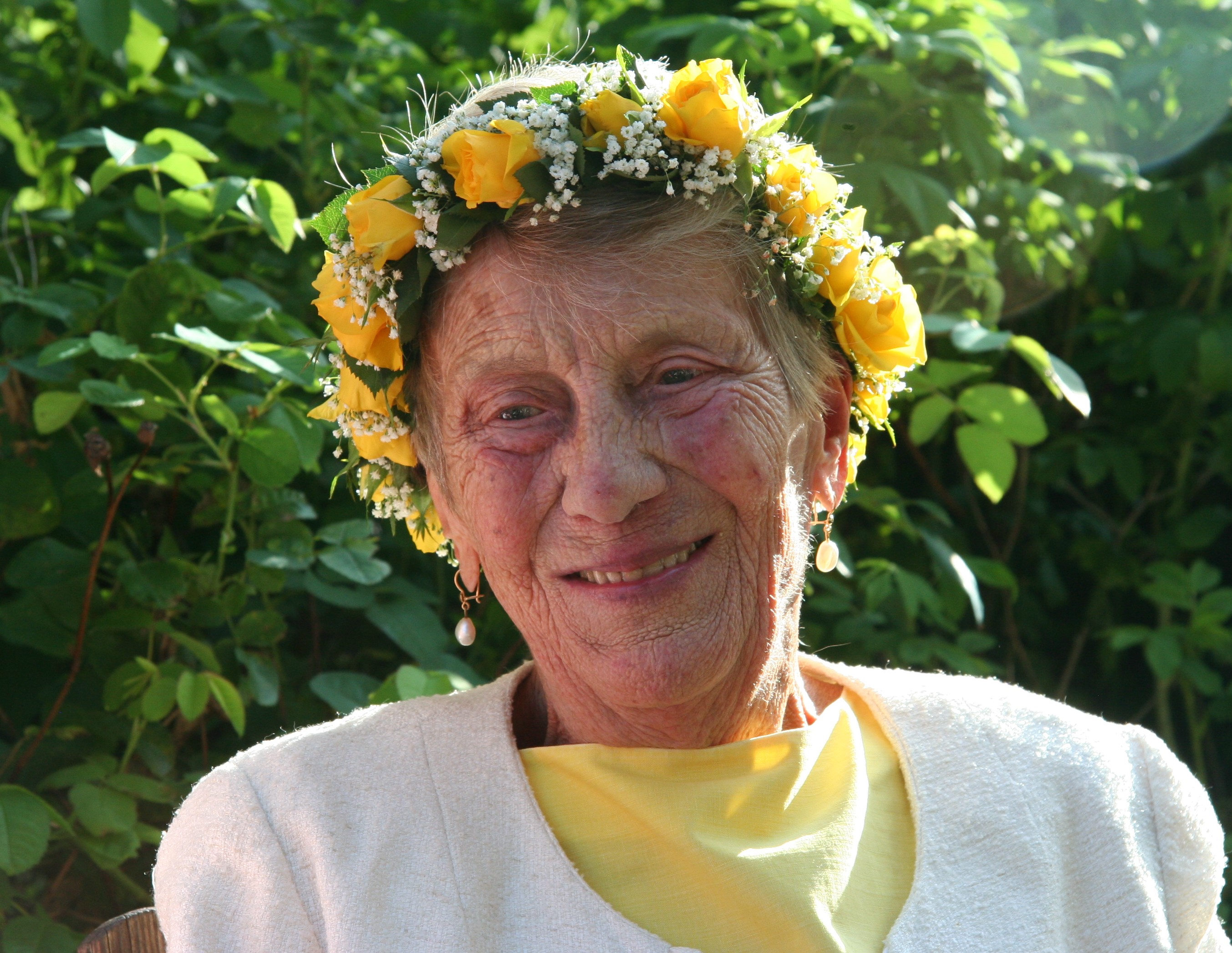