Sophie Adlersparre was a painter who was known for her portraits and her copies of other famous works.

Sophie Adlersparre was born in 1808. She was born on Öland, where her father had moved following his retirement from a military career. Sophie Adlersparre’s home-schooling included painting, which she not only enjoyed but was skilled at from a young age. She continued her artistic training in Stockholm, where she studied with several of the leading artists of her time. Towards the end of the 1830s she travelled to Paris, where she took lessons at Léon Cogniet’s studio. Upon her return to Stockholm she began to earn her living through painting portraits and by teaching others how to paint. Her students included Amalia Lindgren and Emily Nonnen.

Sophie Adlersparre spent a long time in Rome. There she met the Nazarenes, a German brotherhood, who were campaigning against the secularisation of contemporary art. Sophie Adlersparre, who was herself deeply religious, was strongly influenced by them and converted to the Catholic faith. Her art can be found in several churches as well as in the collections of the Swedish Nationalmuseum.

Sophie Adlersparre painted a range of different artworks and received varied reviews for them. Gerda Boëthius’ article in Svenskt biografiskt lexicon states that Sophie Adlersparre’s own works were not that eminent, including her portrait of the Swedish royal family, whilst her copies of religiously inspired pieces by the likes of Rafael were highly treasured. Boëthius also highlights how important Sophie Adlersparre was to future female artists. By the nature of her choice of career and her activities she belonged to that group of women who smoothed the way for future generations of female artists.

Sophie Adlersparre died in Stockholm in 1862 following a period of illness. She was just 54 years old. 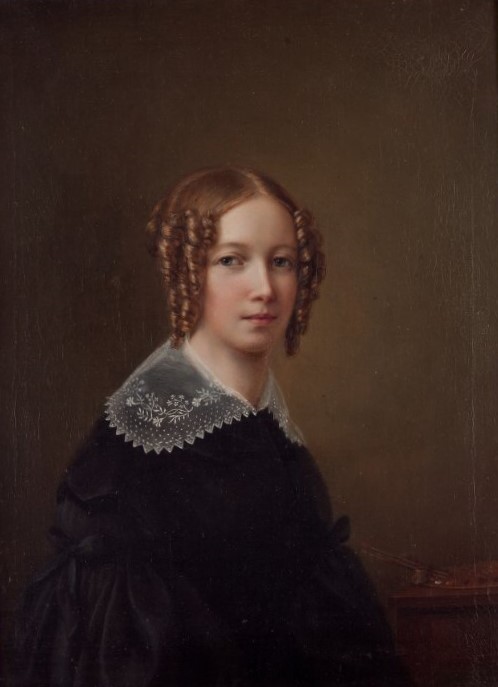