Sophie Bolander was an author of children’s and adults’ literature during three decades of the mid-19th century. Her stories included discussions on how girls were raised and women’s roles in society.

Sophie Bolander was born in 1807. She grew up in Gothenburg as the daughter of the dye manufacturer and wholesale merchant Gustaf Bolander. Their family belonged to a well-known and affluent Gothenburg family. Sophie Bolander lost her mother at a young age and after the death of her father in 1826 she went to live with her brother, who was a customs officer and military advocate. From 1838 to 1844 Sophie Bolander worked as a governess for Count Posse and his family at Björnö manor near Kalmar. She then returned to Gothenburg and spent ten years working as a music teacher at the Kjellberg school for girls, which was a school for impoverished middle-class and upper-class girls. According to a later description by Ellen Key, whose mother, Sofia Posse, had been one of Sophie Bolander’s charges, Sophie Bolander was incredibly knowledgeable for a governess at the time.

Whilst working as a governess, Sophie Bolander made her debut with the collection Tante Agnetas aftonberättelser för sina unga vänner, 1840, which was followed by several stories for children and young people. These works followed the moral-didactic tradition of storytelling, but were also marked by what at the time was an unusually strong element of everyday realism. They were very popular with children of that era.

In several of her works, including her first novel for adults, Qvinnan med förmyndare, 1842, as well as her collection of stories called Några små äktenskapsskizzer, 1857, Sophie Bolander more or less explicitly addressed issues such as single middle- and upper-class women’s need of work in order to earn an income and make use of their talents and unmarried women’s legal position as dependent minors. Her texts reveal a criticism of the current legal situation and the bourgeois ideal that made it impossible for women of the upper social strata to work. Sophie Bolander’s social criticism is more explicit in the 1857 collection, which was published a year after Fredrika Bremer’s novel Hertha.

Sophie Bolander’s 1844 publication Modern i hemmet – Eller några tankar rörande uppfostran contains a theme which runs throughout Sophie Bolander’s literary output for both children and adults: the contrived upbringing of girls of the upper social classes. Instead of preparing the girls to be actively involved in their households, at the “easel, on the stage or at the desk” or beside a convalescent’s bed, Sophie Bolander believed they were raised to develop socially light-hearted manners and to focus on superficial matters, making them “fractious, moody and depressed”. Sophie Bolander had presumably had many opportunities to observe the latter during her work as governess at Björnö, where all of family’s grown-up daughters lacked occupation.

Sophie Bolander’s publication Modern i hemmet prompted Fredrika Bremer to contact the author as she saw an opportunity to win Sophie Bolander over to her campaign for emancipation. Bremer was, however, critical of what she saw as Sophie Bolander’s rather one-sided limitation of “women’s rights and spheres of activity”. According to Bremer Sophie Bolander was far too focused on the role of women as sisters, spouses, and mothers. In the ensuing correspondence Sophie Bolander unsuccessfully attempted to win Bremer over to her own idea of setting up a home for single women in Gothenburg. Through their letters, the two authors also engaged with current religious and philosophical matters and the Swedenborgian Church, which was of interest to Sophie Bolander.

In Modern i hemmet, Sophie Bolander also highlights the importance of raising children according to their individual talents and temperaments, at a time which was marked by intense social flux. Sophie Bolander believed that, when raising a boy, it was more important to consider the boy’s personality and interests than his social standing when it came to choosing a career. This in turn meant that a nobleman’s son should be able to become a “wheel-maker” whilst a young man of lesser standing should equally be able to enter the profession of a functionary.

This theme is also apparent in several of her other stories for children and adults, particularly in her novel Trolldomstecknet, 1845, which the literary expert Erik Lindström has called “one of our first distinctive tendency novels”. In addition to its romanticised and partially supernatural intrigues, the novel is informed by a strong anti-aristocratic tendency, which was typical of its era, and focuses on the importance of having one’s own job and developing one’s own talents, irrespective of social standing or background.

During 1849 Sophie Bolander was the publisher of the journal Götha. Tidskrift för fruntimmer. Three volumes were published with a selection of essays on various subjects intended to inform the readers as well as supply them with useful knowledge.

Towards the end of her time as an author Sophie Bolander mainly wrote historical novels with romantic intrigues. She also contributed a series of short stories to calendars and journals. From the 1850s onwards several of her longer stories and historical short stories were published as serials in Göteborgs Handels- och Sjöfarts-Tidning, Post- och Inrikes Tidnigar, and Aftonbladet.

Sophie Bolander died in Gothenburg in 1869. 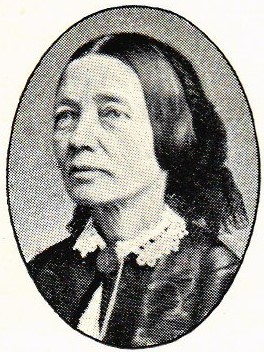