Susanne Björkman was Sweden’s first professor of radio production and a legendary voice in documentary radio. She reached out to an extensive group of listeners and won recognition at home in Sweden and abroad.

Susanne Björkman was born in 1946 and grew up in Malmö. She was the youngest of three siblings. Their mother, Brita Björkman, was a psychiatrist and their father, Sven-Erik Björkman, was a dental specialist and an associate professor of practical medicine. When their father was employed at the local hospital (Malmö Allmänna sjukhus), the family lived in staff accommodation. Their mother gave up her medical career at that time to stay at home with the children. Their parents were divorced in 1962, when Susanne Björkman was attending the sixth form at the Latinskolan grammar school in Malmö.

After matriculating, Susanne Björkman read political science, sociology, drama, theatre and film history at the University of Lund, where she completed her B.A. She had considered doing research in sociology, but felt claustrophobic in the university world. She then contacted the Swedish Radio (Sveriges Radio) district office in Malmö, and started there as a trainee in 1971. Susanne Björkman’s first assignment was as a newsreader, after which she worked as a community and culture journalist. She was given a permanent appointment in 1974.

In Malmö, Susanne Björkman worked on the programme series OBS! Kulturkvarten, the youth programme Tvärs, and the community programmes Vår grundade mening, Familjespegeln, and Närbilder ur verkligheten. In the radio programme Samtal vid sjön from 2008, Susanne Björkman told Lise Indahl about how she started to feel shut into a cage of questions in the early 1970s when she was working on her programmes. The subjects and social aspects were important, but when she carried out her interviews she knew which answers she wanted and she was seldom surprised. This made her restless and bored. She described how she abandoned studio interviews, sought after stories in the places they cropped up and started following her interview persons during a longer period of time without a ready-made battery of questions.

One programme that Susanne Björkman referred to as her first documentary — even though the genre did not yet exist — was the programme Du begriper ändå ingenting from 1976, about 14-year-old Susanne. She wanted to make a programme about young people who played truant from school. She spent a couple of months following Susanne in her daily life, at school and at home, and recorded her conversations and conflicts with her parents. The result was a close-up portrait of a young person in a difficult family situation and the programme received an enormous response from listeners and critics.

Susanne Björkman continued to make documentaries in Malmö and later in Stockholm, where she moved at the end of the 1970s to work at the P1 documentary editorial office. Many of these documentaries have become prize-winning radio classics. She developed her methods and dealt with a very broad range of subjects in programmes like I väntan på att något ska hända from 1977, about a gang of Malmö greasers, and Vad är det ni tjejer vill egentligen? from 1978, about women journalists’ working situation on the Stockholm evening tabloid Aftonbladet. The programme Ingens hundar from 1986, that dealt with some young people who got to know each other in connection with the occupation of a condemned building in Stockholm, won the Public Service club’s Ikaros prize. I skuggan av Fantomen from 1994, about 25-year-old Aziza who was working at the newspaper kiosk Pressbyrån and struggling with racist skinheads at the same time as she was going through a dispute with her parents, won both the Ikaros prize and the Prix Italia. For the programme Bota Lindra Trösta from 2008, a penetrating investigation of Swedish healthcare at the nephrology unit at Huddinge hospital in Stockholm, she won the prestigious investigative journalism prize Stora journalistpriset as the narrator of the year (Årets berättare).

Susanne Björkman’s production had a wide span. She made social-realism-style programmes about stressed bus drivers, deacons working with exposed and vulnerable people, and burnout; personal portraits often of young people seeking their way; but also more poetic programmes about art and creativity in which she met among others the poet Siv Arb and the playwright Lars Norén. She also made programmes about human beings’ and her own relations to nature and especially to trees. In nature, she felt free. In 2008, Sveriges Radio produced a retrospective programme called I mellanrummen, in which selected programmes of hers were transmitted again. In that series, she also did a follow-up in which she once again met some of her earlier interviewees.

Susanne Björkman’s work process was demanding timewise. Her documentaries took several months to make and she recorded a great deal of material. This required special sensitivity on the part of the colleagues with whom she collaborated on the programmes. Ingemar Persson and Ylva Lindgren worked on several of her programmes that received most attention. She often used a particular subject as her starting point, not a person or a specific event. The process might start with a vague idea that she tested by going out into town and asking people: “What is actually normal?” or “What’s it like being alive today?”

Susanne Björkman wanted to capture currents in time, what lay under the surface in the community. She was strongly against journalists locking themselves into a ready-made view of reality. Her programmes were therefore often to change direction during recording. As a programme maker, she allowed herself to be unsure, not to know exactly where she was going. That could be a painful process both for herself and her interviewees, who sometimes wondered whether there was actually going to be a programme or not. Her confidence in her method was however strong, and she was driven by her curiosity, and bided her time. There are certain words that came to be a kind of trademark for Susanne Björkman and that she returned to when she talked about her work: listen, wait, chat, curiosity and space.

In 1990—2000 she shared her time between the radio and Dramatiska Institutet (now the Stockholm Academy of Dramatic Arts) where she was a lecturer and head teacher on the radio education. In 1999, she was made professor of radio production. When she received her professorship at Dramatiska Institutet, she saw the title as a confirmation of her long-standing artistic work and that the in-depth radio journalism that was her trademark had received academic recognition. Susanne Björkman was to become a role model for documentary producers. At Dramatiska Institutet, she inspired colleagues and students not only in the field of radio, but also in documentary film, theatre and manuscript-writing.

Susanne Björkman introduced the concept process interview. How could she capture the conversation between others while she herself remained in the background, scenes that sound as though they have recorded themselves? They might involve heart-rending conversations between mothers and daughters. In the book she wrote about her work, En Lyssnares Röst from 2009, she recounts that the scenes she recorded had often begun with just chatting, “that there almost always came a wave of everyday phrases in each important conversation”. She described how it could be compared to an orchestra tuning its instruments before a concert. Her ability to hold out a microphone at just the right moment was unique. Documentary-makers nowadays almost always use process interviews and at the Stockholm Academy of Dramatic Arts, courses are held regularly in this interview technique that Susanne Björkman was the first to define.

After having made programmes about others for more than 40 years, Susanne Björkman finally made a documentary about herself: Du har din hemlighet utanpå dig, in which she directed her curiosity inwards. The programme was broadcast after she had retired from Sveriges Radio in 2013. It was a documentary in which she conversed with her daughters Emily and Molly Björkman, and told them the secret she had long borne within herself, about the abuse to which she herself had been subjected as a child.

In 2009, on the initiative of the radio producer Aziza Dhaouadi, Sveriges Radio created an award entitled Susanne Björkmans stipendium, to promote personal narratives in the spirit of Susanne Björkman. It was a sum of 35,000 kronor, and it was awarded annually in 2010—2015.

Susanne Björkman died on 19 January 2019 after a longer period of illness in cancer. She was finally laid to rest at Maria Magdalena Cemetery on Södermalm in Stockholm. She left behind a great number of programmes that have become radio history, and that continue to attract listeners and to inspire future documentary-makers. Many are still available on SR Play. 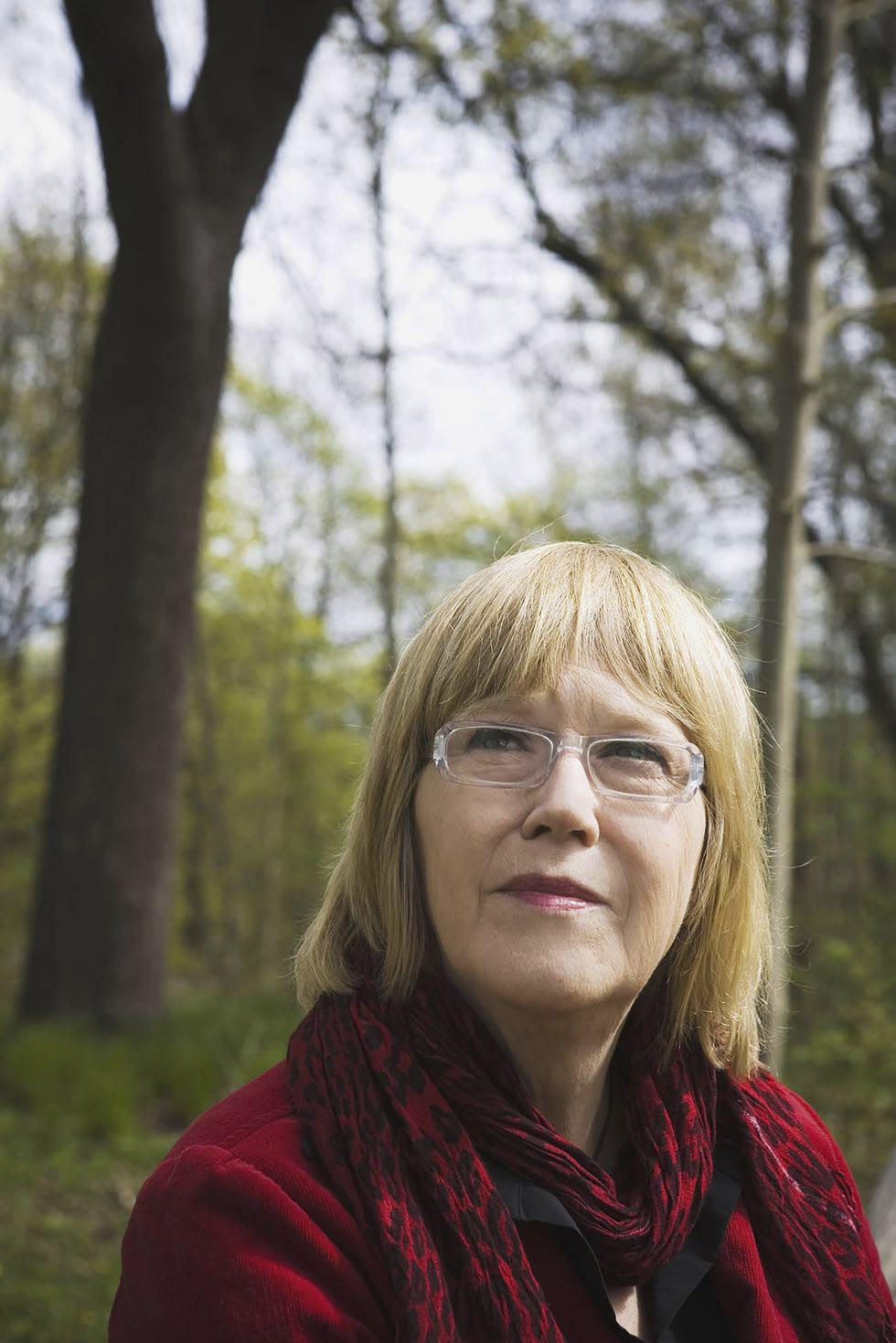