Suzanne Bonnier was the managing director of Sverige-Amerika Stiftelsen (Sweden-America Foundation), an organisation that awards and transfers stipends to Swedish students and researchers who want to undertake studies and research in the USA and in Canada.

Suzanne Bonnier was born in New York, USA in 1924. She was the only daughter of Kaj Bonnier, the book publisher, and his wife Ulla, née Wetterlind. Suzanne Bonnier had two younger brothers, David and Tomas. After returning home to Sweden she remained a resident of Stockholm. She faithfully spent her summers in Tyresö, where the family had spent their summer holidays. She had a family of her own with another book publisher, Per A Sjögren: they had two sons, Jan and Peter. Later the couple divorced. Suzanne Bonnier married for a second time to Frans Arnheim and together they had a daughter named Betty. Suzanne Bonnier’s early working life was focused on books and one of her roles was as publisher at Konstförlaget Artes. Her friends included other publishers beyond the Bonnier family, for example, Ebbe Carlsson.

Suzanne Bonnier ran Sverige-Amerika Stiftelsen in the capacity of its managing director during the 1973–1990 period. The foundation dated from 1919 when it had been set up by prominent Swedes in the hopes of building bridges with America through the spheres of study and research. Six Nobel prize winners and two Swedish prime ministers figure amongst the almost 10,000 alumni. Indeed, significant leaders within trade and industry, society, culture, and the academic spheres in Sweden who benefited from study trips to the USA or Canada are also represented amongst the alumni. Despite being born in New York Suzanne Bonnier primarily worked very hard to create connections in the USA and in Sweden’s trade and industry which would benefit the foundation.

During the time that Suzanne Bonnier was active more than 2,000 Swedes received stipends to finance studies or research at top universities and colleges in the USA and in Canada. From 1992 onwards the Suzanne Bonnier stipend has been awarded annually to a deserving female candidate. Several stipend-awarding funds were set up under her leadership. Hans Werthén and Prince Bertil, for example, set up their own stipend-awarding funds during her time in charge. For 60 years Sverige-Amerika Stiftelsen has also awarded stipends to young Swedes of the Thanks to Scandinavia organisation. Richard Netter, a lawyer and one of the founders of Thanks to Scandinavia, recounts that Suzanne Bonnier was a leading force in this collaboration.

When Suzanne Bonnier became managing director of Sverige-Amerika Stiftelsen in 1973 the relations between the two states were frosty. Her efforts suffered no ill effect from this and she undertook her work efficiently and wisely. During the 1973–1980 period Suzanne Bonnier was also on the board of the Fulbright Commission, a stipend programme which is financed and administered by the United States Department of State. In 1991 Suzanne Bonnier received the Swedish royal medal of the eighth degree in the order of the Serafim.

The final years of Suzanne Bonnier’s life were spent with a third partner, namely the former head of SAF Curt-Steffan Giesecke. He had also been a board member of Sverige-Amerika Stiftelsen whilst she was involved in the organisation. Suzanne Bonnier died in 2016 at her home in Stockholm and is buried at Råcksta cemetery. 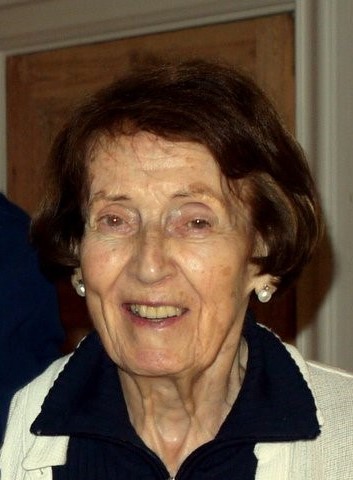