Princess of Sweden and Norway, composer

Princess Teresia (Thérèse of Saxe-Altenburg) was the most prominent musical member of the Bernadotte family.

Princess Teresia was born at Triesdorf castle in Bavaria. She was the daughter of Prince Eduard of Saxe-Altenburg and Princess Amalia of Hohenzollern-Sigmaringen. Princess Teresia lost her mother before she had turned five years old. Subsequently she, her sister Antoinette, and their younger brothers Ludwig and Johann moved, with their father who was a Bavarian lieutenant-general, to Munich. Her father remarried one year later to a 20-year old princess named Louise of Reuss-Greiz. In 1844 the young princes Ludwig and Johann were struck down by scarlet fever and died. Further tragedy awaited the family: when Teresia was just 15 years old she lost her father. The family home was thus broken up and the two eldest princesses were sent to live with relatives. Princess Teresia’s new home was with her older cousin, Queen Marie, and her consort King George V of Hannover. Their royal court was marked by great splendour as well as a strict courtly etiquette. Queen Marie was no ordinary foster mother to Princess Teresia.

Princess Teresia went to live with her maternal uncle Karl Anton of Hohenzollern, in Düsseldorf, just after she had turned 20. Her uncle was a prominent officer who took a great interest in music and art. During the winters the family would live at their home in Düsseldorf which was brimming with artwork. The walls resounded with music and the princely home served as a gathering point for musicians, artists, and authors. Princess Teresia’s period at her uncle’s home were perhaps some of the happiest of her youth.

Princess Teresia was 27 years old before the first suitor appeared to seek her hand in marriage. Her younger sister, Duchess Antoinette of Anhalt, had gotten married when she was 16, which was the same era when Princess Josefina of Leuchtenberg – later Queen Josefina of Sweden – Princess Teresia’s future mother-in-law, had married Crown Prince Oscar, later King Oscar I of Sweden-Norway. Whilst the Duchess of Anhalt worried about her elder sister’s lack of husband the current Swedish king Karl XV and his queen Lovisa were similarly worried about Prince August’s bachelor lifestyle. Following various negotiations the two young single people met and a few days later their engagement was announced to the public. The wedding between the then 32-year old Swedish-Norwegian Prince August and Princess Teresia was held at Altenburg castle on 16 April 1864. Following her marriage to Prince August, who also held the title of Duke of Dalarna, Teresia became a duchess. The newlyweds were warmly-received in Sweden where it was deemed that the Princess made a sympathetic impression. The couple settled at Stockholm castle, whilst Haga castle served as their summer residence.

The Swedish royal family took a deep interest in art. Princess Teresia’s mother-in-law, now Dowager Queen Josefina, was a keen singer and had composed her own pieces in her youth. Her brother-in-law King Karl XV had been a competent visual artist and poet. His brother, Prince Gustaf, who was one year his junior and had only lived to the age of 25, had been known as “the Singing Prince” thanks to various compositions such as the student song Sjungom studentens lyckliga dag and Våren which is better known as Glad såsom fågeln i morgonstunden. Princess Teresia’s brother-in-law, the future King Oscar II, was also a prominent poet, author, and orator who had an impressive tenor voice. Her sister-in-law Princess Eugénie was a talented water-colourist and drawer, sculptor, composer, musician, and author.

Princess Teresia had benefited from a solid musical education which meant that she was both a talented pianist and singer. Having moved from one artistically stimulating environment to another it is hardly surprising that she composed a number of piano pieces during her first years in her new homeland. We, however, known nothing about any compositions she may have written before she got married. Her piano piece called Anetten-Mazurka, from 1864 – also known as Anetten-Polka-Mazurka – revealed that she was following a tradition that was completely different from the Nordic one. Key changes form a recognisable element, reminding the listener of dance pieces from her childhood home of Bavaria and from the Vienna represented by the Strauss family. These elements are even clearer in August-Wals which she produced in January 1865. A polka for piano entitled Gärdet till häst was composed in February that same year. It is a rhythmically varied and elegant piece in which Princess Teresia delivers the illusion of an actual riding – through the clever use of composition techniques – during which the horses perform stylish pirouettes. Later on the piece was transposed for a brass ensemble.

Felix Mendelssohn became famous for his piano pieces entitled Lieder ohne Worte which were often played at the Swedish court. Princess Teresia’s Lied ohne Worte for piano, which she composed in 1865, is yet another extraordinary variant of the theme in which she combines simplicity with elegance and intimacy. She composed another piano piece, Dankbare Erinnerungen aus der Heimat, in March that year which became a masterpiece of the salon music genre in which overtones of her childhood Alpine homeland emerge through the roller-coaster-like melodies and bell chimes. That same month she composed Gedanke an die liebe Mutter zum Geburtstage, a piece for piano which highlights difficult technical piano-playing at a level which no other compositions written by a Bernadotte have done. As it was known that Princess Teresia was a talented pianist this piece was probably representative of her extensive piano-playing ability. It is an excellent example of musical beauty and deserves a place among the top examples of the Romantic period even beyond the closed world of the royal court. In the spring of 1865 Princess Teresia composed a piece called Cavalleri-Marsche for piano which she dedicated to her brother-in-law Karl XV. It is based on contrasting opposing rhythms which clash against each other. Again, it was later rearranged for wind-instruments. In 1869 Princess Teresia composed Jugend Mazurka, a retrospective, humorous and entertaining piece for the piano.

The marriage between Prince August and Princess Teresia did not produce any children. Prince August died suddenly on 4 March 1873, possibly as a result of congestive heart failure. Princess Teresia, now a dowager duchess, suffered failing psychological health and for a number years she alternated between her Haga castle residency and her home in Neuchâtel in Switzerland. Whilst in Switzerland she wrote a number of Romances for a single voice and piano in the German Lied tradition, such as Ach’ weisst du wohl? and Gondoliera. Die Lerchen, using a text by Ludwig Uhland, also dates from Neuchâtel in 1883 and is yet another example of how well Princess Teresia had mastered the German Lied tradition.

Princess Teresia left her Swiss home in 1890 and saw out the rest of her days at Haga castle. She was extremely dutiful and was happy to lend a helping hand to those in need. In Hagalund, not far from Haga castle, she set up the Arbets- och Barnstugan (workhouse and children’s centre). She devoted her time to this enterprise until she died on 9 November 1914. Princess Teresia’s death brought an end to an era of productive musical creativity within the Bernadotte family.

Princess Teresia’s grave lies in the Bernadotte funerary choir of the Riddarholmen church in Stockholm. 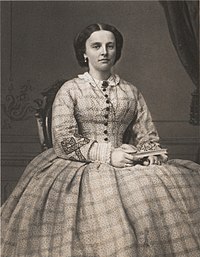