Thérèse Ekblom was an illustrator and artist. She dedicated herself mainly to drawing insects and plants.

Thérèse Ekblom was born on 27 May 1867, the first child of five. Her parents were Charlotta Lovisa Dahlin and Christian Jansson, a décor painter. Her mother was living in Stockholm when her daughter was born. Thérèse Ekblom was registered as the daughter of an unknown father but her parents were engaged. They married in 1867 and the family lived together with Thérèse Ekblom’s paternal grandmother Johanna. Thérèse Ekblom’s father worked as a décor painter at the Kungliga Opera. He was successful at this and often mentioned in the press. He took over the theatre atelier in 1868 and worked there for 40 years. Therese Ekblom’s sisters also became artists and married artists. Both her brothers, Kristian Harald Jansson and Torolf Kristian Jansson continued in their father’s footsteps and became décor painters. Thus she grew up in a family in which art played a central role.

In 1888, Thérèse Ekblom applied to the Royal Swedish Academy of Fine Arts in Stockholm, from which she graduated in 1893. During her education, she met her husband-to-be Axel Richard Ekblom, an illustrator and lithographer. They were engaged in 1893 and married in 1896. Thérèse Ekblom had been working at the National Museum of Natural History as an illustrator since she left the Academy in 1893. Her husband worked there too but he was mainly employed by the Royal Swedish Academy of Sciences. The Ekblom couple were also active as independent artists, painting chiefly in oils. As an artist, Thérèse Ekblom signed her works Therese Jansson.

It is primarily as an illustrator of plants and insects that Thérèse Ekblom became eminent. She and her husband worked during the 1890s for the Bergianska Garden in Stockholm where they helped the professor and botanist Veit Wittrock by painting water colours of the species he was studying. His need of illustrations was infinite and resulted in the Bergianska Garden now having an extensive collection of water colours done by the couple. The collection is named Ekbloms’ water colours.

Thérèse and Axel Ekblom had five children, three girls who were all named after flowers, Linnéa, Flora och Viola, perhaps inspired by the couple’s work, and two boys. Their sons Sven and Bruno Ekblom both became artists and illustrators just like their parents. They also worked at the National Museum of Natural History.

Axel Ekblom died suddenly in 1914 leaving Thérèse Ekblom at the age of 47 as a widow with five small children. She continued her work at the National Museum of Natural History until her retirement in 1928. After her husband’s death, she worked more on entomological illustrations, which had been her husband’s main field. Previously, she had chiefly drawn plants and paleozoological objects. She has among other things painted the large pictures showing prehistorical forests that are still to be seen in the botanical building of the National Museum of Natural History.

When her sons had completed their education at the Royal Swedish Academy of Fine Arts, they started working at National Museum of Natural History as did her daughter Viola Teresia Eriksson. Bruno Ekblom was later to work on theatre décor and murals, like his maternal grandfather. Among other things, he painted the murals in the Restaurang Flustret in Uppsala. Her daughter Karin Linnéa Anderberg became a textile artist.

Thérèse Ekblom died at her home in Stockholm on 20 November 1941, at 74 years of age. She is buried in the family grave in Norra begravningsplatsen (the Northern Cemetery) in Solna. 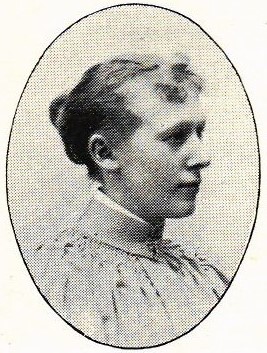