Founder of the Swedish "lotta" movement

Tyra Wadner was born in Brunskog, Värmland, in 1891. She was the youngest of five children born to Mathilda Nordquist and August Nordquist, a factory-manager. Tyra Wadner’s father died before she was a year old and the family moved to Dalarna. In 1914 Tyra Wadner married Martin Wadner, then a second lieutenant in Första livgrenadjärregementet (I 4). They had five children together, including Britt Wadner.

It was through her husband’s military involvement that Tyra Wadner became engaged in voluntary defence work, which in turn led her to set up the Swedish ‘lotta’ movement in 1924. By the mid-1920s her husband, further to his service to the military administration, was also head instructor within the Stockholm militia association, a voluntary organisation primarily aimed at supplying the Swedish army’s senior conscripts (the ‘landstorm’) with trained officers. In the summer of 1924 he was invited to Finland in this role in order to study Finnish civil guard exercises. Tyra Wadner accompanied him on the journey and thus gained exposure to the Lotta Svärd organisation, which was a voluntary women’s organisation to supply the civil guard with victuals, funds, and medical care.

Once she had returned to Stockholm Tyra Wadner made plans for a similar organisation in Sweden and shortly afterwards the first ‘lotta’ corps was set up, named Föreningen Stockholms Landstormskvinnor (Stockholm society of civil guard women). As the name implied, the organisation was part of the Stockholm Landstorm federation and its aim was to provide practical, and in particular financial, support to the men’s civil guard associations. As an added bonus – as Tyra Wadner put it – women would come to “take a greater interest in their men’s work”. Initially the members were thus primarily the wives of men in the landstorm.

Sister branches of the Stockholm society quickly spread throughout the country and Tyra Wadner was personally involved in setting many of them up. She also sat on the board of several of these societies, as well as the central council which was established in the 1930s in order to coordinate developments within the rapidly expanding organisation. Tyra Wadner also founded and, until 1945, served as editor – as well as typesetter, proofreader, advertising seller, and subscription-seeker – of the ‘lotta’ organ, Landstormskvinnan (later called Den svenska lottan and now (2017) known as Lottanytt).

For a little over two decades Tyra Wadner thus served as one of the leading figures of the ‘lotta’ movement and had a major influence on its development. When she resigned from her post on the council in 1942 there were nearly twice as many ‘lotta’ sections as there were men’s landstorm societies throughout the country. At that time, the ‘lotta’ movement which numbered almost 100,000 members could be considered to be one of Sweden’s largest ever women’s organisations.

Tyra Wadner died on her 76th birthday in 1967. She is buried at Säter cemetery in Dalarna. 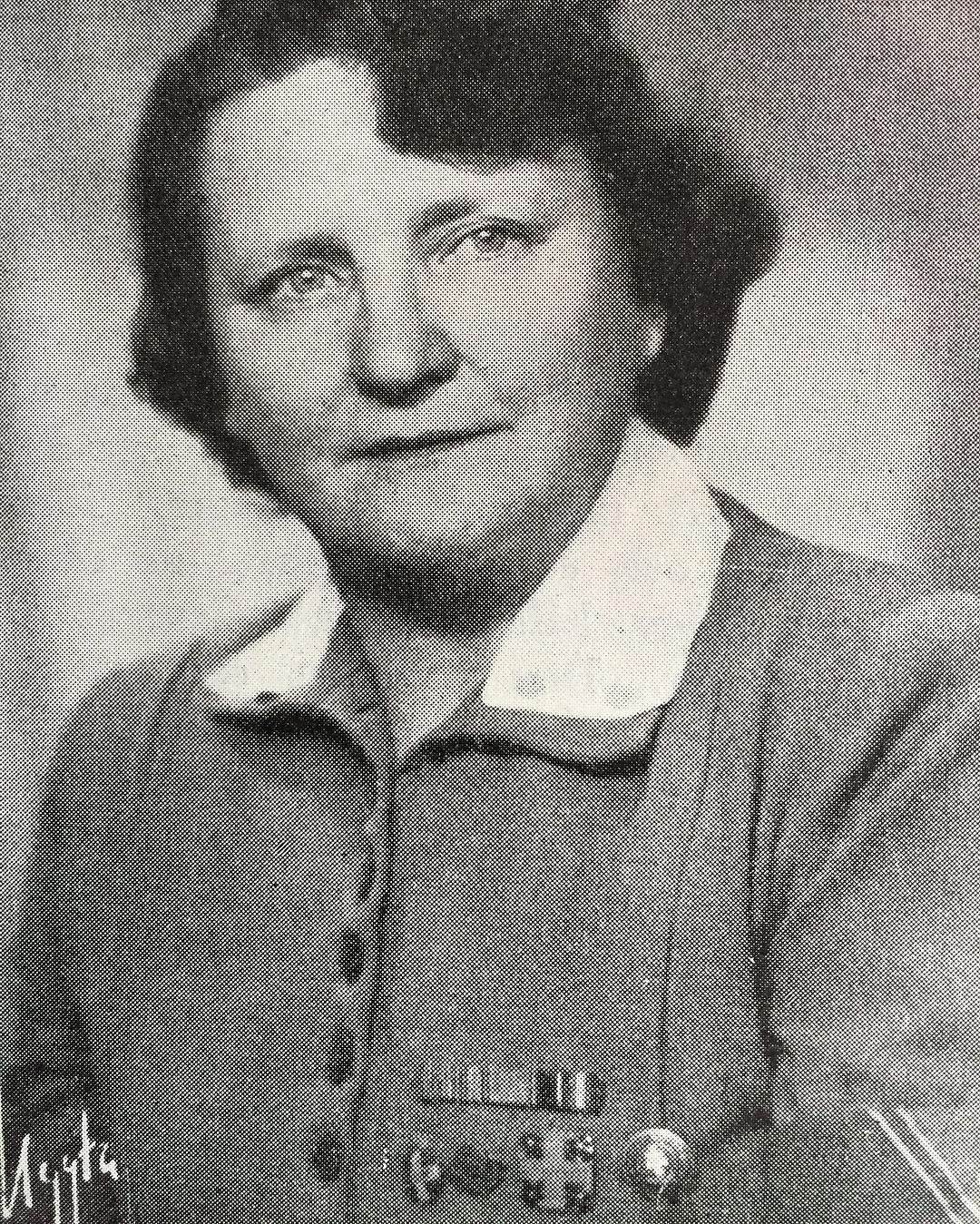