Ulla Borgstöm was a multifaceted artist. She painted in oils and pastels, she produced woodcuts and she drew. She also instituted an artists’ foundation.

Ulla Borgström was born on 2 July 1918. She was the only child of Hilding Borgström, a master painter, and his wife Ebba Borgström, née Andersson-Rydén. The family lived in Malmö. Ulla Borgström remained loyal to her hometown right up to the final years of her life when she moved to Lund.

Ulla Borgström attended the art school Skånska målarskolan in Malmö. The fundamentals included drawing models, life-drawing, and painting still lifes. She also studied under Gotthard Sandberg, who for many years offered correspondence courses in drawing and painting through Hermods. Ulla Borgström then took classes at the Otte Sköld school of painting in Stockholm and around the mid-1960s she attended Grafikskolan Forum in Malmö, then under the direction of Bertil Lundberg.

Ulla Borgström made her public debut through Skånes konstförening (art association) in 1939. She went on study tours to Germany and France and, along with fellow female Scandinavian artists, she exhibited her work at Liljevalch konsthall (art gallery) in 1948. That same year she and Eva Holmberg-Jacobson displayed their work at an exhibition held in Ystad and the following year she exhibited work, in conjunction with her former instructor Gotthard Sandberg and the painter Ejnar Nettelbladt, in Skanör.

Ulla Borgström produced paintings in oils, in pastels, and in watercolours. Her themes tended to involve interiors, for example a clear blue commode with a pair of ladies shoes placed on top, and still lifes, including colourful flower vases or fruit bowls, and landscapes. She signed her work using a monogram that was accompanied by the year. With the passage of time she began to produce etchings and woodcuts for decorative purposes. She also painted facial portraits and exhibited her work in several exhibitions organised by Sveriges Allmänna Konstförening. In 1950 she was ready to take the next step into Stockholm’s exhibition sphere. She held her debut Stockholm show at Galleri Brinken along with the autodidact artist Håkan Sundström. Ulla Borgström returned to Galleri Brinken in 1962, this time holding a joint exhibition with the visual and graphic artist Krister Follin.

Throughout the years Ulla Borgström regularly collaborated with Skånes konstförening and their exhibitions. In the spring of 1985 she displayed her paintings and drawings at Galleri AB Boj and in 1993 she exhibited her work entitled Mina ansikten at Galleri Embla on Hornsgatan. Both of those galleries were located in Stockholm. Ulla Borgström and the artist Berta Hansson, also exhibited watercolours at a month-long exhibition held at Hågelby farm in Tumba, a gallery run by Lars Isacson.

Ulla Borgström spent her final years living in Lund. She died on 4 October 1999, then aged 88. Her will specified that a donation was to be made to Ulla Borgströms Konstnärstiftelse to fund the awarding of stipends to Scanian visual artists. Ulla Borgström is buried at Vombs cemetery in Lund. 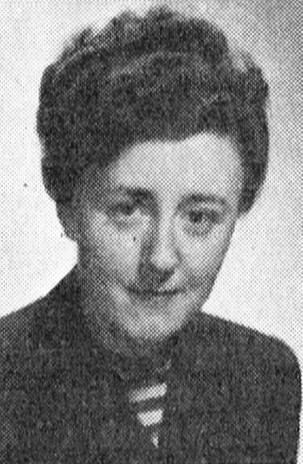