Valborg Franchi was a ballet dancer, instructor, and choreographer.

Valborg Elisabeth Franchi was born in Stockholm as Valborg Pettersson, 24 September 1889. Her parents were Svante Pettersson, a constructor, and Johanna, née Holm. Valborg Franchi began attending Kungliga Teatern’s ballet school (now Kungliga Operan) in 1899 when she was ten years old. Initially she studied under ballet master Glaseman and then under Gunhild Rosén. She was the lead ballerina under Robert Köller and Otto Zöbich. Valborg Franchi studied with the Russian choreographer and dancer Michel Fokin when he was in charge of Kungliga Teatern’s ballet during a visiting period from 1913—1914. In 1918 Valborg Franchi married Aloysius (Luigi) Franchi, an engineer and manufacturer. That same year Valborg Franchi took further lessons with Michel Fokin when he returned to Stockholm on a visit.

Valborg Franchi became the leading ballerina at Kungliga Teater ballet from 1919—1930. She spent 1921 studying ballet in Milan with the instructor Grassi, who had been a student of Anna Pavlova’s choreographer Enrico Cecchetti. Valborg Franchi was thoroughly trained in the classical Russian school of ballet. As the leading ballerina she danced solo roles in the likes of Cinderella, Festen hos Thérèse, Svanarna, Cleopatra, The Nutcracker, Der Vogelhändler, and Orpheus in the Underworld.

Valborg Franchi was appointed head of the Kungliga Teatern ballet school in 1924. That same year she also became an instructor of classical ballet, character dance, and historical dance at Kungliga Dramatiska Teatern (royal dramatic theatre) ballet school, where she remained until 1947. She ran the school until 1949, and sometimes taught at Kungliga Teatern from 1938 onwards. Her classes introduced the Cecchetti method, paying particular attention to the male dances which had long been overlooked. She also reconstructed classic ballets and dances at Drottningholmsteatern, as well as choreographed dances for ballet students for shows at Skansen. From 1957 until 1962 she held the post of dance instructor at Kungliga Dramatiska teatern’s school. Each year she organised ballet shows at Kungliga Teatern and she also ran her own private classical ballet school.

Valborg Franchi was considered to be the leading dance instructor in Scandinavia throughout her professional life. She taught a long series of leading dancers, including Ellen Rasch, Björn Holmgren, Teddy Rhodin, Julius and Mario Mengarelli, Gunnel Lindgren, Elsa Marianne von Rosen, Viveca Ljung, and Mariane Orlando. Her pupils have described her as “a wonderful teacher” who taught solid techniques. She had a “unique inspiring ability as an instructor” as Teddy Rhodin expressed it. It was Valborg Franchi’s pupils’ public dance displays that had drawn him into classical ballet dancing.

Valborg Franchi was one of the founders of Svenska Danspedagogförbundet in 1939 and for a time she was the association’s chair. In 1964 she published the book Klassisk balett, which is a well-liked instruction book.

Valborg Elisabeth Franchi died on December 7, 1978. She is buried at the Catholic cemetery in Stockholm. 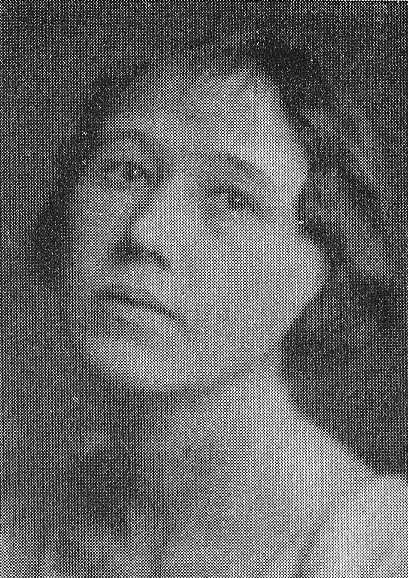