Wilhelmina Gravallius wrote fiction and was active in the latter part of the nineteenth century.

Wilhelmina Gravallius was born in Mogata parish in Östergötland, where her father was a pastor. She was the eldest of four. Having completed her schooling in Söderköping she focused on housework, but she also kept the company of and tutored the daughters of district judge von Röök at the nearby Åkerby estate. After her father died in 1831 Wilhelmina Gravallius left her parental home and took a position as governess, initially for the Falkenberg family at Husby, and subsequently for the Grevesmühl family in Toresund. She remained with the latter for 13 years. During this time she wrote her first novel, Högadals prostgård, published in 1844. In 1846 her writing was put aside as she married the parson Lars Kristian Gravallius. The couple had a daughter in 1849. After her husband died Wilhelmina Gravallius moved to Stockholm and took up writing again. She spent the last five years of her life living with her daughter and son-in-law in Tumba.

Wilhelmina Gravallius’s stories were usually situated in manors and rectories. Sometimes she also wrote of simpler and poorer environments. Her characters were often black and white and her descriptions of everyday life are both romantic and suspenseful. Her first novel, Högadals prostgård was favourably received and is her best-known work. It was printed in several editions and was also translated into German. Her other works include Albumet. Novell ur stockholmlifvet, 1864, and Hårflätan, 1881. Many of her stories were printed as serials in papers such as Norrköpings Tidningar, Östgöta Correspondenten, and Umebladet before they were published as books.

Wilhelmina Gravallius died in Tumba in 1884. 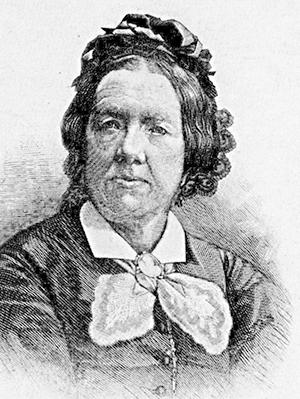