Agnes Arvidson was born in 1875. She grew up in a middle-class family in Malmö. Her father was a teacher who taught both at the Navigation school in Malmö and as a private tutor. Information on Agnes Arvidsson’s early life and childhood is sparse.

From 1894 to 1897 Agnes Arvidson served as an apprentice pharmacist at the Lejon pharmacy in her hometown. She then began to study for her Bachelor’s degree in pharmaceutical studies at the Ronneby pharmacy, sat her exam there in 1897 and continued working there until 1901. Agnes Arvidson then went on to study at Farmaceutiska institutet (Pharmaceutical Institute) in Stockholm. Her role as a forerunner must be viewed against the historical background; women only gained the right to work at pharmacies in Sweden in 1891. The following year, in 1892, women began to be admitted into pharmaceutical studies. The first three women who were enrolled suspended their studies, so Märtha Leth became the first woman in Sweden to qualify for a Bachelor’s degree in pharmaceutical studies in January 1897. This was the same year that Agnes Arvidson qualified. In 1901 Farmaceutiska institutet enacted new statutes, which enabled Agnes Arvidson to continue her studies. She gained her Master’s degree in pharmacy on 17 September 1903, thereby becoming the first woman in Sweden to hold this degree. This achievement was commemorated six years later with a jubilee ceremony, which was documented in both Dagny and Idun. They printed articles with headlines such as “The woman on the pharmaceutical career path” discussing how the scope of employment opportunities for Swedish women had expanded to include scientific work. A picture showed all 30 Swedish women with a Master’s degree in pharmacy – including Agnes Arvidson. She was presented with flowers and accolades for her academic success.

Having completed her training Agnes Arvidson set out on her career path, which entailed extensive travel across Sweden. She began working in Hudiksvall in 1903, and continued in Säter, Delsbo, Årjäng, Svedala, Oskarshamn, Ljusdall/Hudiksvall, Uddeholm and at the Hjort pharmacy in Norrköping, where she worked from 1920-1928.

In 1928 Agnes Arvidson became a private pharmacist in Norsjö, thereby becoming the first woman in Sweden to own and run a pharmacy with her own charter. Although women had previously managed and even owned pharmacies this had always come about through different circumstances, such as inheriting the right to a pharmacy through a late husband in order to continue the business. From 1928 onwards women also gained the legal right to exercise the profession outright, opening yet another career option for Swedish women. This paved the way to changing the gender coding in pharmaceutics and led to an increase in women seeking to enter the profession. Agnes Arvidson ran her pharmacy in Norsjö until 1933 when she moved her business to Mellerud. She was active there until 1942 and remained in the area until her death.

Like many of the well-educated women who had ambitions of becoming career women at the turn of the twentieth century Agnes Arvidson was single. At the time it was necessary to choose between having a career or a family. This gradually changed during the course of the twentieth century. Pharmacies became nationalised in the 1970s and those who worked in pharmacies became civil servants, which entailed what is often termed family-friendly working conditions. At the same time the sphere of pharmaceutics had changed and become far more service-oriented. The pharmaceutical career, including the role of head pharmacists, thus became an appealing career path for many women.

Agnes Arvidson died in Mellerud in 1962. 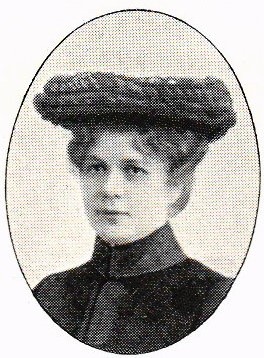