Aida Törnell worked as a civil servant and translator. As a translator, she received many important assignments and was awarded the Elsa Thulin Prize, the Swedish Academy’s translation prize, as well as the Sveriges Författarfonds premium, an award for literary merit. She had very good knowledge and skills in several languages, but translated mainly from English to Swedish.

Aida Törnell was born Aida Margareta Lanner in 1901 in Ålem near Kalmar, to Axel Lanner and his wife Elsa, née Jansson. Her father died a few months after Aida Törnell’s first birthday. During her early childhood, she lived with her mother and maternal grandmother in Kalmar. Alva Dahl and Joakim Törnell recount in an article in Svenskt översättarlexikon that Aida Törnell’s mother later got married again, to Frithiof Hagberg, a wholesale merchant in Norrköping, and that Aida’s sister was born in 1907.

Aida Törnell was educated at among other places the girls’ boarding school Herrsätra Flickpension in Södertälje. According to the article in Svenskt översättarlexikon mentioned above, languages were especially important at the school, which suited Aida Törnell who was considered to have a gift for languages. She matriculated in 1919 at Uppsala private upper high school and took her B. A. at Uppsala University in 1925 in Romance and Slavic languages as well as German.

In 1929, she married Ernst Andreas (Esse) Törnell, a postgraduate student. The couple lived in Norrköping to start with, but moved after four years to Stockholm. They had three children, two sons and a daughter. Aida Törnell was appointed as a civil servant. Alva Dahl and Joakim Törnell recount in their article about her that during the war years 1940—1945, she served in a state crisis organisation where her deep knowledge and skills in English, French and German were of great service.

Aida Törnell had already started translating at the beginning of the 1940s, and her first translations were published by Steinsvik förlag in 1944 and 1945. She received praise in the press for her first text, Robert Nathan’s They Went On Together in 1944. According to Alva Dahl and Joakim Törnell, this continued throughout her career; the contemporary press praised her translations for their rich prose, even if the translator’s name was not always mentioned in the reviews. She also translated a number of children’s books at the beginning of her career, for example Mrs Piggle-Wiggle by Betty MacDonald that appeared in 1948.

Aida Törnell was elected chairwoman of the recently started translators’ association Sveriges översättarförening in 1954, the predecessor of the present Svenska Översättarförbundet. It was not long before she was focusing on translation full time. According to the article in Svenskt översättarlexikon, she was mainly linked to the Norstedt publishing company.

Aida Törnell translated famous authors like Graham Greene and Lawrence Durrell into Swedish. Some of them have also been published in new editions during the 2000s, like for example Graham Greene’s A Sort of Life republished in Aida Törnell’s translation from 1971. She was also the translator behind Robert Bloch’s Psycho in 1960, upon which Hitchcock’s film Psycho, also from 1960, is based.

In addition, Aida Törnell translated a great number of biographies and other nonfiction, for example Isaac Deutscher’s standard work Stalin: a Political Biography in 1951, that was well received even if she herself thought she was not knowledgeable enough in Russian.

Aida Törnell’s husband Esse Törnell also translated novels from English and they worked together on some novels, for example Frank Gill Slaughter’s Storm Haven in 1954. Aida Törnell received several important prizes, like Elsa Thulin’s translation prize in 1961 and the Swedish Academy’s translation prize in 1963. First and foremost, it was her translations of Lawrence Durrell that impressed the critics, according to Alva Dahl and Joakim Törnell.

In the Svenskt översättarlexikon, the article authors recount that Aida Törnell spent much of her time on her translation assignments and often experienced that there was not enough time for them. Despite low fees that did not allow for any leisure time, she ”was very involved in her work and wanted always to find the right alternative among all the nuances and details of a language.”

Aida Törnell died in 1988 in Stockholm. She rests in the Southern Cemetery in Norrköping. 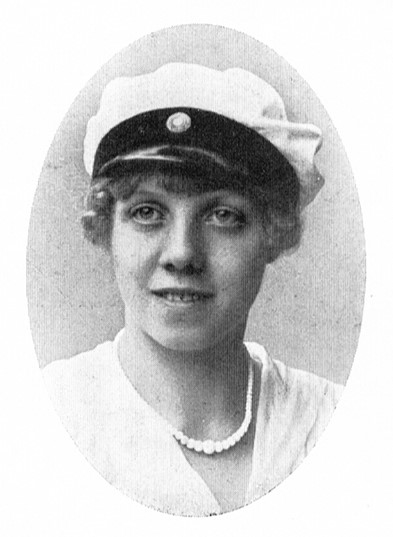