Alice Babs was a prominent singer who was very popular in Sweden and abroad. Her repertoire included jazz, and particularly swing, as well as schlager (catchy pop music). During the 1960s she expanded her repertoire to increasingly include art music.

Alice Babs was born in Kalmar in 1924. When she was younger she and her musician father – who also wrote the lyrics – made several appearances in Västervik. Her father further taught her how to harmonise. In 1937 Alice Babs met Lina Boldemann, a singing instructor, by chance and subsequently Alice Babs’ family moved to Stockholm in order to enable their daughter to develop her musical talent. She quickly began to perform at various gigs in Stockholm, accompanied by her father. However, as her parents’ relationship began to fail these performances became more infrequent. They stopped completely in 1940 and the following year Alice Babs’ parents divorced.

Alice Babs made her first recording in April 1939. The track was Joddlarflickan, which was a song her father had written. In the summer of 1939 Alice Babs was hired by the China theatre, performed at school dances, and appeared with Gösta Törner’s band, which also included Gunnar Svensson and Arne Domnérus. During the late autumn of 1939 Alice Babs appeared on the radio programme Vårat gang, which aired from 1938-1946 and which played jazz-style music aimed at a younger audience. The programme became very popular and also resulted in her being employed by AB Radiotjänst (now Sveriges Radio – Swedish Radio) for other programmes.

After playing the lead role in Swing it, magistern! in 1940 Alice Babs became one of the first true teen-agers’ idols in Sweden. The film was overwhelmingly positively received. The composer Eric Westberg, who at that time was the director of STIM (Svenska tonsättares internationella musikbyrå, an association for musician’s copyrights) was particularly critical of jazz in general and of Alice Babs specifically. He wrote in Filmjournalen that girls who sang songs with choruses sounded like hussies, and held up Alice Babs as an example. Although most people did not take Westberg’s criticism seriously it still revealed that jazz, and Alice Babs as representative of the new teen-agers’ idol phenomenon, were seen as threats to Swedish morality.

Alice Babs became both the ‘swing girl’ and a film star, which gave rise to so-called ‘Babs mania’. The magazine Veckorevyn set up ‘Alice Babs’ competitions across Sweden in 1940, and similar competitions were held in Denmark and Norway too. The film generated several sequels: in 1941 Magistrarna på sommarlov, was released, and in 1952 Swing it, fröken had its premiere. This great success and her many singing jobs resulted in Alice Babs leaving school. She continued her singing lessons with Lina Boldemann, and also took lessons in German, English and elocution.

Although the Second World War complicated international travel Alice Babs still undertook a series of foreign gigs. She sang at Tivoli in Copenhagen in 1940, she toured the Swedish amusement parks in 1942 and gigged in Finland. In 1945 she gave a concert in Norway and toured Denmark. Alice Babs wrote her own material and could accompany herself, as she did in the film Det glada kalaset in which she played her own composition called Uti våra drömmar. She also had singing lessons with Signer Rappe, who sang for the royal court.

In 1949 Alice Babs and a group of Swedish jazz musicians travelled to play at a jazz festival in Paris where they enjoyed a favourable reception. This positive impact of the so-called Paris orchestra was important for the wider reception of Swedish-produced jazz and is often held up as a sign that Swedish jazz had begun to mature. In order to fund the trip to Paris the musicians had recorded several albums.

Alice Babs also made several radio programmes outside of Sweden. In 1952 she performed on Woche der leichten Musik for Süddeutscher Rundfunk in Stuttgart, where the audience included representatives from many European radio stations. She was then launched as a schlager artist in Germany where she toured regularly. She also got gigs in Austria, Switzerland, the Netherlands, Belgium and France.

Back in Sweden Alice Babs began to record music for the Swedish record company Metronome and this led to extensive record sales. In 1952 she recorded Käre John which became Sweden’s first gold record, while the trick recording, Adress Rosenhill, also became a top-selling record. Alice Babs was also busy on the radio and recorded a series with Olle Helander. She was the DJ for the programme Nattsexa med Babs and played jazz records.

Alice Babs often spent her summers touring the amusement parks across Sweden, and she quite often generated record audience attendance numbers. She also worked on developing her voice and sought to align her repertoire more closely with her own favourites. She liked jazz but it was mainly schlager type material which sold well.

Alice Babs represented Sweden at the Eurovision song contest in 1958, which was the first time Sweden entered the song contest. She finished in fourth place. Afterwards she cut back her schlager performances. She formed the jazz group Swe-Danes, together with Ulrik Neumann and Svend Asmussen, which became very popular in the North. They also performed in the USA. Following their 1959 tour Alice Babs decided to wind down her touring. She continued her singing lessons and began to sing Italian arias and French romance songs.

Alice Babs married Nils Ivar Sjöblom in 1944 and had three children with him. Their daughter Titti Sjöblom has followed in her mother’s footsteps and become a singer.

Alice Babs died in 2014. She and her husband Nils Ivar Sjöblom’s remains are at a memorial garden in Stockholm. 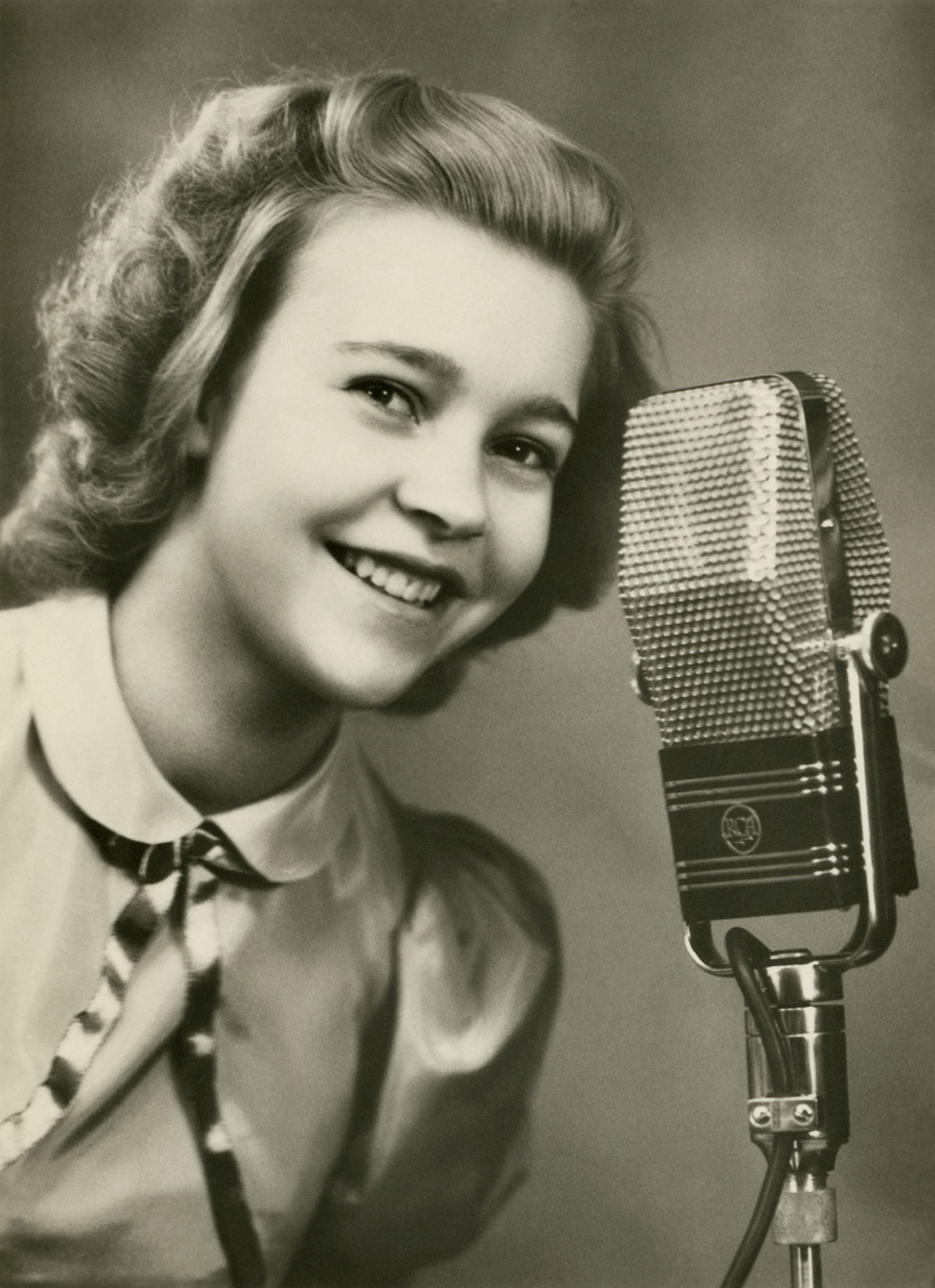