Alice Charlotta Tegnér, née Sandström, was a composer, music teacher, school-teacher, organist, and concert organiser. She is considered to be the most eminent composer of Swedish children’s songs during the first half of the twentieth century.

Alice Tegnér was born in 12 March 1864. She was the daughter of sea captain Eduard Sandström and his wife Sofia, née Brobeck. Alice Tegnér grew up at Drottninggatan in Karlshamn. Her family included a sister, Nanna, who was five years her senior and two younger brothers named Eduard and John. It became apparent when she was very young that she was musically talented and possessed perfect pitch. Her father was also musical, had mastered several instruments, and even had a piano on board his ship Falco. Sometimes his daughters were allowed to accompany him on his trips across the Baltic. Alice Tegnér’s father gave her and her sister lessons, both on board ship and at home, so that before Alice Tegnér had turned three years old she was already able to play any melody that was sung to her on the piano. Her father encouraged her to improvise and she called her own compositions ‘finoppar’. She was the apple of her father’s eye and he did everything he could to further her musical abilities.

When Alice Tegnér was five years old she began attending Nelly Brembergs småbarnsskola (junior school), followed one year later by Louise Tausons flickskola (school for girls). Alice Tegnér began to take piano lessons with the organist Carl Fredrik Ullman when she was seven years old. Three years later she took lessons from the music director Wilhelm Söderberg who was in her town at the time. At the age of ten Alice Tegnér herself began to give piano lessons. She was keen to go to Stockholm to continue studying music there and this was achieved with her father’s help. In the autumn term of 1877 Alice Tegnér, then boarding with a family in the nation’s capital, began attending Åhlinska skolan and taking piano lessons with Hermann Berens, a composer and teacher at the Royal Swedish Academy of Music. Alice Tegnér was intensely enthralled with the variety of music on offer in Stockholm, where she visited the theatre and attended concerts as often as possible. She appears to have been a very charming, energetic and intelligent individual who found it easy to make friends and was obviously much loved for her accomplished piano-playing.

Eduard Sandström died in the spring of 1879 and this hit Alice Tegnér very hard. Further, her father’s death entailed financial difficulties for the family. She completed her year at Åhlinska skolan with exemplary marks and then returned to Karlshamn in the autumn to work as a substitute teacher. She also joined Carlshamns musikförening (local music association). Although her family could not afford to fund her musical education she returned to Stockholm in 1880 and completed Högre lärarinneseminariet (advanced female teacher-training programme), from which she graduated in 1883. She began taking piano lessons again with Ludvig Norman, a composer and conductor. As a newly-qualified teacher she took up a position as a governess for the Grotenfelt family in Järvikylä, Finland, where she remained for one year. She enjoyed her time with the family and formed new friendships there.

Once she returned to Stockholm she took up a new governess post for the Beijer family at the Tullinge manor. There she met Mrs Beijer’s brother, Jakob Tegnér, who was a district court judge and minute-secretary for the Supreme Court, as well as secretary of Svenska Bokläggareföreningen (Swedish publishers’ association) and editor of Svenska Bokhandelstidningen newspaper. Jakob Tegnér was the grandson of Esaias Tegnér. Jakob possessed a beautiful singing voice and the couple often made music together. They married in 1885 and their son, Gösta, was born in 1887, followed by Torsten in 1888. The family lived in central Stockholm and Alice Tegnér spent her days giving private lessons in standard school subjects as well as providing piano lessons and helping her husband by producing clean copies of, and proofreading, his written work. In 1886 she accepted a temporary position at Statens normalskola för flickor (state-run school for girls).

In 1891 the family moved to a newly-built house called Tegnabo, situated in Djursholm. At that time this was a brand new residential area. Alice Tegnér quickly became a focal musical figure of the community, within which she was paid to play the organ and lead the choir as well as organise concerts. In the family home she would sing children’s songs that she had composed and her sons, who were part of her musical activities, taught their friends these songs. In 1892 Alice Tegnér’s brother-in-law, the publisher Fredrik Skoglund, published her first song collection, entitled Sjung med oss, Mamma! A total of nine collections were released in the period from 1892 to 1934. These collections were very popular, were released in multiple editions and gained very positive reviews in the press. Alice Tegnér also worked as an unpaid music teacher at the Djursholms samskola (coeducational school) from 1893–1911 and ran choir practises with servants in Djursholm. Alice Tegnér came to be known as ‘Mrs Musica of Djursholm’. She was involved with Fredrika-Bremer-Förbundet and with the Nya Idun musical committee. She carried on teaching at home, both piano and standard school subjects, whilst also home-schooling her own sons. She also generated income for the family by taking in lodgers. During the summer months the family often went to Småland, staying at the villa Sola in Ormaryd, and during those periods the whole Tegnabo house would be rented out. Alice Tegnér’s social activism was also expressed through the concerts she organised on behalf of charitable efforts and the fund-raising she undertook on behalf of Djursholm skola, its chapel, for the poor and needy. She often worked with Natanael Beskow, the socially-engaged Djursholm parson and author, and his wife Elsa Beskow, who often contributed illustrations for Alice Tegnér’s song collections.

Alice Tegnér often took piano lessons with Lennart Lundberg, a pianist and teacher at the Royal Swedish Academy of Music, as well as organ and composition lessons with Gustaf Hägg, counterpoint lessons with John Lindegren, a composer and music teacher, and composition lessons with Otto Olsson, a composer and organist. Her husband believed these lessons were unnecessary and felt that Alice Tegnér’s talent for piano-playing was accomplished enough. She herself has expressed bitter resentment at her husband’s opposition to her further developing her musicality. Nevertheless Jakob supported her composing and publication activities.

Alice Tegnér was the editor of Sjung, svenska folk!, published in 1906 under the auspices of Samfundet för unison sång (society for singing in unison) which she had been involved in setting up. She also published the Unga röster collections between 1904 and 1910. Further to several hundred children’s songs as well as proper songs for children and young people, Alice Tegnér also composed choral pieces, cantatas, romances, music for piano and cello as well as a violin sonata. She took her inspiration from folk songs and from composers such as Felix Mendelssohn, Robert Schumann, and Frédéric Chopin. She made sure that the notes and the texts of her songs aligned and, in terms of her children’s songs, she was careful to express the songs and melodies from a child’s perspective, making it easy for them to be learned.

In 1912 Alice Tegnér unwillingly moved from Djursholm to Tullinge. Jakob Tegnér worked hard to develop the Tullinge community and expanded the couple’s house called Kikut. Alice Tegnér often felt isolated in Tullinge and was homesick for Djursholm and the music life she had enjoyed there, whilst also missing the musical offerings in Stockholm. She would often return to Djursholm for choir practises and concerts which she continued organising. During 1917 she began to work with the dance teacher Anna Behle who had studied with Isadora Duncan and Jacques Dalcroze. Alice Tegnér composed music for Behle’s dance rehearsals as well as music that was intended for special occasions – openings, anniversaries, and such like. In 1914, in connection with her own 50th birthday, she was awarded the Litteris et Artibus medal by the king in recognition of her musical contributions.

It seems that Alice Tegnér’s personal relationship with Jakob worsened. In part she felt frustrated by the need to seek her husband’s permission when she wanted access to her own hard-earned money in her own bank-account, which was the norm as he was her guardian. A further setback occurred when her eldest son, Gösta, suffered a psychological illness when he was 20. Jakob Tegnér died in 1926 and at that point Alice Tegnér moved to central Stockholm.

Alice Tegnér won not just the first, but also the second and the third prize in a 1924 competition for female composers. Two years later she became an elected member of the Royal Swedish Academy of Music. She continued composing music and performing at concerts, could be heard on the radio and also made gramophone recordings. Alice Tegnér spent the years between 1939 and 1943 travelling across Sweden with Elsa Fleetwood, holding concert evenings which included so-called ‘visparader’. These were occasions where children in the various places she visited had practised the songs which were included on the concert programme. These were very popular performances. In 1943 she published a songbook for use in public schools, entitled Nu ska vi sjunga. As it was used nationwide and was released in many editions it came to have a significant influence on the repertoire of Swedish children’s songs for many decades. Alice Tegnér’s songs are now part of our cultural heritage and her Betlehems stjärna (Gläns över sjö och strand) is one of the best-loved Christmas songs. Of equal importance is all her other compositions which she herself would have loved to further develop.

In conjunction with her 75th birthday in 1939 Alice Tegnér donated a sum of money to Sveriges Allmänna Folkskollärarförening (SAF; Swedish public-school teachers’ association) in order to start a newly-established fund, the Alice Tegnér fund. The aim of this fund was to promote the teaching of singing in primary schools and it partly covered the cost of Nu ska vi sjunga. Further, Karlshamn municipality set up an Alice Tegnér stipend in 1964 which was awarded to culturally active individuals with connections to Karlshamn. In 1993 the Alice Tegnér music prize of 25,000 Swedish kronor was set up to be awarded to those who had made significant contributions to children’s music and making music.

Alice Tegnér died as a result of pneumonia and renal failure at her home on 26 May 1943. She is buried at the Djursholm cemetery. 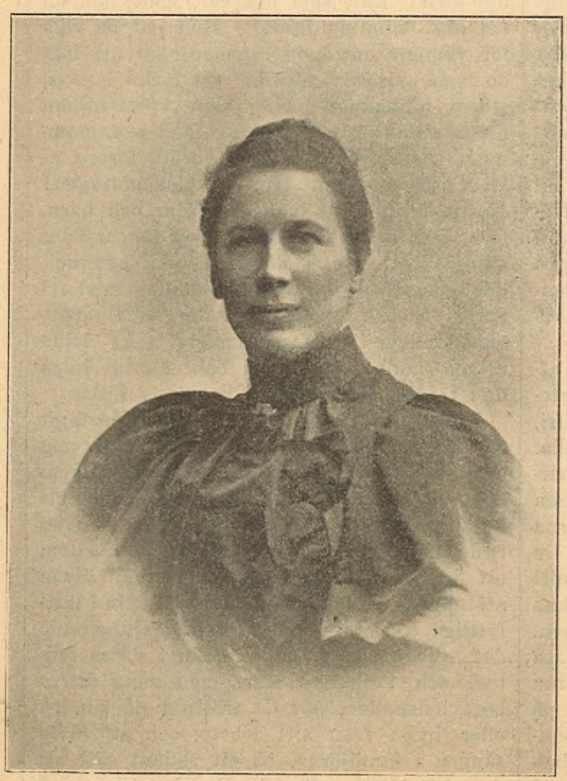