Alida Rossander was a mathematician, an educator, a proponent of womens issues, and the first female bank worker in Sweden. She campaigned for women’s educational rights and ran, along with her sister, a generalised adult education course for women, colloquially known as “Rossanderska kursen”.

Alida Rossander was born in Stockholm in 1843, as the youngest of nine siblings. She came from an educated family with an interest in learning. Her father had obtained doctorates in both philosophy and medicine, and was a well-known medical practitioner in Stockholm. Her eldest brother, Carl Jacob, eventually became a professor of surgery at the Karolinska Institute. Alida Rossander’s father died when she was only five years old. It is probable that she received some form of basic education in the home but, just like her sister Jenny Rossander, six years her senior, she needed to contribute to the family finances from an early age.

In 1859, the two sisters began attending the newly established “Lärokurs för fruntimmer”, an educational course for women. This experimental course had come about through the initiative of some men from within Stockholm’s radical circles, under the leadership of Per Adam Siljeström, a physicist, an educator, and a politician. It was aimed at prospective female teachers and those women who wanted to further their education beyond what was offered at the girls’ finishing schools of the era. It consisted of a couple of lessons in the late afternoon of every weekday as well as suggested work to complete at home. The teachers, who received no compensation, were men who came from the contemporary academic elite. The students were expected to largely determine their own direction of study; they could take broader survey courses or they could specialise in just one or two subjects. The options for specialisation included natural sciences and mathematics, which was a novel development in women’s courses. Indeed, this particular development was considered sensational by the female members of the bourgeoisie and generated a lot of interest. Alida Rossander and her sister Jenny quickly became two of the top students on the courses, particularly excelling at mathematics.

Lärokursen för fruntimmer also allowed the students to form cross-generational personal connections within the upper classes in Stockholm, with women who shared their interest in education and the natural sciences. Alida Rossander came to know Sophie Adlersparre, Lars Hierta’s daughters Anna Hierta-Retzius and Ebba Lind af Hageby as well as Anna Wallenberg née von Sydow, married to André Oscar Wallenberg, the founder of Enskilda Banken and the progenitor of the Wallenberg dynasty.

Lärokursen för fruntimmer existed for only two years. In 1861 the advanced female teacher training programme Statens seminarium för bildande af lärarinnor (later known as Högre lärarinneseminariet) was established in Stockholm. Some of the most intelligent students from Lärokursen för fruntimmer, including the Rossander sisters, were employed as tutors and teaching assistants. Alida Rossander was only 18 years old at the time. This employment not only gave them teaching experience but also enabled the women to deepen their knowledge of various natural sciences. Despite being the only teachers on the programme who lacked teaching qualifications, the two sisters also taught mathematics. In 1864 Jane Miller Thengberg was appointed as the new director of the school. She had no time for the relatively unstructured and academically focused curriculum, and set about reorganising the enterprise into a more fixed-structure teacher-training programme with a predetermined course of studies. The primary focus lay on the humanities, while mathematics and the natural sciences were practically removed from the curriculum. As a result, there was no longer room for the Rossander sisters.

However, their friends from Lärokursen för fruntimmer quickly reached out to help the sisters. In 1864 Alida Rossander found alternative employment with A. O. Wallenberg to “temporarily and on probation” work as an office assistant and subsequently as a book-keeper at Stockholm Enskilda Bank along with another woman named Hedvig Ahrén. These two women thereby became the first female bank employees in Sweden. The decision to hire them, an element of Wallenberg’s ambition to make more career roles accessible to women, was by many considered scandalous and initially faced some opposition from the bank board. Wallenberg also introduced the option for women to open their own bank accounts, which was another novelty. Hedvig Ahrén got married in 1873 and therefore had to resign from her post. Alida Rossander never married and she remained employed by Enkilda Banken for a total of 27 years. With time, she gained a lot of respect from the bank management. She retired in 1891 due to severe gout and was awarded, thanks to A. O. Wallenberg’s recommendation, a personal pension.

In 1864 Alida Rossander, along with her sister Jenny, was also tasked with running one of Sophie Adlersparre’s so-called “Thursday schools”. This was a philanthropic educational enterprise focused on providing an education of a “worthy character” for “the daughters of the educated and working classes”. Those who were going to teach these classes required guidance from more experienced educators, and so they were sent to the Rossander sisters’ school for training. It was not long before the two sisters developed the idea of opening up an evening school for these teachers based on the same model as the defunct Lärokursen för fruntimmer, using the same educational setup with a lot of space for mathematics and the natural sciences.

They started their enterprise in October 1865 and formally named it “Lärokurs för fruntimmer”. It would colloquially become known as “Rossanderska kursen”. The course ran for 17 years and offered classes in a number of different subjects. The focus lay mainly on mathematics, the natural sciences, and the Swedish language. With time, subjects would branch out to cover foreign languages, physiology, health and hygiene as well as literature and art history. There were no entrance requirements to join the courses and the ages of the participants varied widely, from just 12 years old to around 50. A fee was taken but students from poor homes could attend for free. The intention was that a three-year attendance was required in order to gain qualifications but some students carried on studying for nearly a decade and those women who did not have time to do the relevant homework could simply audit the classes. In total over a thousand women attended Rossanderska kursen between 1864 and 1882, many of whom later made important contributions to educational enterprises. Both of the Rossander sisters taught, with Alida Rossander mainly teaching mathematics. Her sister Jenny was primarily in charge of the enterprise until 1879 when she married and then moved abroad. Alida Rossander then succeeded her sister for the final three years of the programme. She managed to run the courses and teach while also working at Enskilda banken.

Throughout her life Alida Rossander had a burning interest in education and a tireless determination to learn new skills within various spheres. She taught herself a number of different subjects, primarily advanced mathematics, including differentiated and integral calculus. She also taught herself Latin. For a couple of years she and her sister were part of a discussion group led by the Uppsala philosopher Pontus Wikner. Alida Rossander was also heavily involved in educating her nieces and nephews, especially Gulli Petrini, who lost her mother at an early age. Petrini later went on to gain a doctorate in physics at Uppsala University. She completed the Rossander course as a young girl and was tutored by Alida Rossander even while undertaking her academic studies at Uppsala. In fact, Alida Rossander completed the entire licentiate degree in physics along with her niece. Alida Rossander was involved in several non-profit organisations. She held the women’s movement close to her heart, in particular the suffrage movement, within which her engagement was often related to her knowledge of economics. For several years she served as the accountant for the Fredrika Bremer Association, and when Anna Hierta Retzius set up workhouses for the benefit of poor school children of Stockholm in the late 1880s, Alida Rossander served as the enterprise’s treasurer on its central committee. From 1898 right up until her death Alida Rossander also was a member of the board of the girls’ school Södermalms högre allmänna läroverk för flickor.

Alida Rossander became increasingly wealthy as the years went by. On her death she willed part of her wealth, around 270,000 kronor, to various charitable enterprises, primarily Paulinska donationsfonden for widows and orphans, Crown Princess Lovisa’s care home for sick children, and to the support fund Schaumkellska understödsfonden. 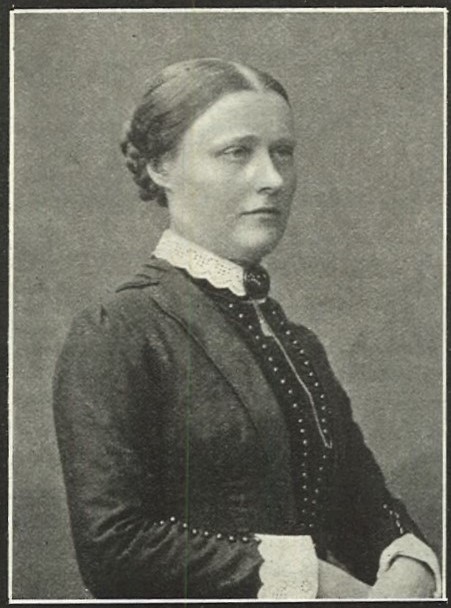