Alma Peterson was born in 1866 in the small mining-peasant village of Spjutsbo in Norberg parish, in north-western Västmanland. She was the eldest of six children born to Per (Petter) Persson, a mining peasant also known as Spjutsbo-Petter, and his wife Anna Karin Persdotter, who similarly hailed from a mining-peasant family. Petter Persson was an active member of Norberg municipality, within the church, and on the school council.

Alma Peterson’s schooling only lasted four or five years and it was then expected that she would begin to work on the family farm. Her farm duties were quite extensive as her two brothers died young. Further, the latter half of the 1800s was a difficult period for Swedish mining peasants and Spjutsbo-Petter was one of only two locally who persevered so as to keep his farm.

After completing a course at a folk high-school Alma Peterson was, in the spring term of 1893, one of only four students accepted onto the first-ever training course for school-cookery instructors in Sweden, based in Gothenburg. It was Lotten Lagerstedt, a girls’ school- and preschool-teacher, who after taking a school-cookery teacher’s course in Glasgow had taken it upon herself to train teachers in the newly set up voluntary school-cookery courses offered to school girls. She and Eva Rodhe – who sat on the city’s elementary-school board where she had instigated school-cookery teaching – were both members of Gothenburg’s liberal society. Alma Peterson found herself at a school which took a social reform approach to matters. The food-preparation skills taught to schoolgirls was to reflect the simple needs of working-class homes. Principles of nutrition, affordability, and tastiness should be applied and the future techers’ training should also focus on society’s needs, frugality, simplicity, and cleanliness. The three-and-a-half month long course included food preparation with nutritional and cost calculations, study visits, theoretical lectures and textbook studies, food shopping at market-places in town and knowledge of the goods on offer, as well as test lessons and test essays. Alma Peterson’s training ended with a live exam before witnesses led by the bishop’s wife, Elisabeth Charlotta Rodhe.

When it came to the contemporary discussions on school-cookery training Alma Peterson, because of her background, ended up asserting the social benefits of this training. It was to be taken as part of the social care offered to children in the poorest homes. However, the municipalities were slow to introduce this type of education and so a number of Swedish industrial works began to hold domestic sciences courses for their workers’ daughters. The two first such works were Carnegie in Gothenburg and Stora Kopparberg in Domnarvet. Alma Peterson, immediately after gaining her qualifications, was recruited by Domnarvet domestic sciences school in 1893. The girls’ courses there were concentrated to a 6–8 week period, fulltime, after which Alma Peterson would visit the girls at their homes to give them further guidance. On her departure two years later, having taught almost 100 pupils, Alma Peterson was roundly praised by both the site manager and the workers.

In 1895 the director of the training course in Uppsala, Ida Norrby, sought Alma Peterson’s support in setting up Fackskolan för Huslig ekonomi (vocational school for domestic sciences) which then became the leading school of its kind in Sweden. Selections were made from amongst university professors to serve as instructors for the theoretical segments and, in recognition of her personal experience of the country people’s and workers’ living conditions, the board appointed Alma Peterson. She was a good complement to Ida Norrby and helped her to develop a teacher-training course for elementary schools and she herself was able to gain more comprehensive teaching qualifications at Fackskolan.

Although the teacher-training programme had greatly improved over the years the “school-cookery cause” required further promotion. The original focus on simpler households was not altered as times were still difficult. However, Alma Peterson extended the training period to four terms in 1921, not to broaden but to deepen the theoretical elements and to give the trainee teachers increased teaching experience and better foundations for their future development. Aspects involving the psychology of child-rearing, pedagogy, and methodology were expanded. Further, entry qualifications for the course were tightened but the number of applications for the twelve available place nevertheless still increased.

The connection between elementary-school courses and teacher training which was unique to Gothenburg was reflected by the trainee teachers being taught alongside school pupils, and as long as the kitchens remained spatially limited this constituted a problem. It was not until 1906 that the training programme got its own premises at the newly-built Götabergsskolan, albeit they rapidly proved to be too small as they also ended up being used for the growing elementary-school teaching needs. The relationship with elementary schools changed in 1910 when the teacher training college formed its own board and became somewhat independent. As the enterprise expanded the programme also became more stringent, as can be seen in Alma Peterson’s annual records.

The post of director of Gothenburg’s domestic science teacher training college entailed other duties as well. In 1910 Alma Peterson succeeded Eva Rodhe as the elementary schools’ cooking inspector and in 1911 she was elected as a representative to the city’s elementary-school board as well as its childcare and further education boards. Alma Peterson also took on a series of responsible positions on behalf of school-cookery teachers’ associations, having herself set up the local branch in Gothenburg in 1903. She also established a stipend fund.

The training programme always maintained contact with the surrounding community, particularly through its teaching. Alma Peterson took the initiative in 1910 of setting up Skolkökslärarinnornas husmoderskurs in order to connect with women who had not received schooling in domestic science. She was also active in the women’s movement, for example in 1913 Alma Peterson along with 21 other prominent women in Gothenburg – including Frigga Carlberg – signed an invitation to a women’s meeting on Ålderdomsförsäkringens (elderly insurance) committee’s proposal. In 1921 Alma Peterson summarised the extent of external vocational activities offered: in 1913 the training programme in Gothenburg organised the second Scandinavian school-cookery meeting; in 1914 a model school kitchen was displayed at the Baltic exhibition in Malmö, whilst in 1920, at the school-cookery teachers’ meeting in Kristiania (Oslo), she was directly requested to present her activities, especially her contributions to the elementary-school enterprise.

Alma Peterson’s more comprehensive tasks included, during the 1909–1939 period, the administration of and responsibility for Gothenburg diocese’s mobile school-kitchen, an enterprise which had been set in motion in the diocese by Sällskapet för folkundervisningens befrämjande (the society for furthering popular education) and which was sent out from Gothenburg’s domestic science teacher training college supplied with portable equipment including a cooker. The instructors were all fully trained. It was often the vicars in remote parishes who requested the six-week course, sometimes expanded to include cattle tending and dairy-management.

Alma Peterson was often called on to give talks on Women’s Day at agricultural schools in Bohus county. She pointed out, emphatically, the different conditions that rural and fishing populations obviously had to deal with but also that it remained of equal importance for housewives in both communities to exploit the resources available to them in their locality. As these women’s skills improved so their esteem should too and they should benefit from their newly-found influential standing. As a consequence of teaching in the archipelago villages one became aware of the needs of boys who were to head to sea and who had to provide food on larger fishing boats and thus could benefit from food-preparation courses. The first such course was held at Knippla in 1931.

Alma Peterson was an enthusiastic teacher and this remained her primary activity, sometimes adding up to as much as 30 hours per week. The textbooks that were initially used in the programme included Lotten Lagerstedt’s 1892 cookbook, Kokbok för skolkök och enklare matlagning, developed as part of the elementary school course. In 1913 Alma Peterson released her own book, entitled Kokbok från Göteborgs skolkök, produced in conjunction with Erica Cavallin and Ellen Wadell, teachers from Gothenburg who had qualified in 1900. The aim of this book was to facilitate the teaching and to provide households with school-cookery recipes and recommendations. In 1915, during the war, a small pamphlet was published, costing 30 öre, which contained around 60 recipes, published anew within one year. This comprised simple, western Swedish everyday food and a brief instruction.

Kokbok från Göteborgs skolkök continued to be released in new editions, sometimes under varied names. Initially it wasn’t so much the recipes that changed but rather new theories that were worked into them, including expanded sections on nutritional and food science as well as household finances. Eventually, in 1939, following Ellen Wadell’s death, Alma Peterson and Erica Cavallin both brought their enterprises to a close. Alma Peterson handed over her cookbook to her former pupil, Kate Carpenter. The cookbook continued to be revised in the coming years and remained in use in the schools for a further quarter of a century.

Alma Peterson returned to Norberg in 1939. By then her parents were already dead and the Petter Pers farm in Spjutsbo was sold on. Alma Peterson remained loyal to her childhood surroundings and the spirit in which she had been raised and along with her sister she set up a mining-peasant-style house in Norberg which they named Lilla Spjutsbo.

The resolute Alma Peterson explicitly spoke of her wide-ranging teaching duties as a calling and she never married. She died in 1949 in Norberg. She is buried at the cemetery Mellankyrkogården in mining peasant Per Persson’s family grave. 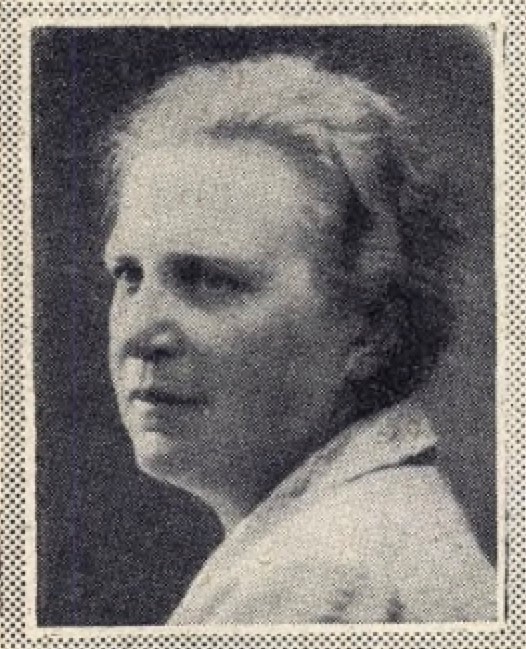