Alma Söderhjelm was a Finnish pioneer within the academic world. She was a much-loved writer and author in Sweden.

Alma Söderhjelm was born in 1870. She came from a family of Russian functionaries, originally from Viborg (Vyborg). She had seven sisters and three brothers and her schooling began at the Swedish-language Fruntimmersskolan (ladies’ school) in Viborg. At this time there were no schools which prepared girls to go to university and Alma Söderhjelm had to undertake private lessons in order to sit her school-leaving exam. When she did matriculate she was only the nineteenth woman to do so in Finland. Thus even in her youth she was already a pioneer.

Alma Söderhjelm then began to study history at Kejserliga Alexanders Universitetet (now Helsinki university). Having gained her Bachelor’s degree she then worked as a teacher but subsequently returned to the university to write a thesis on the French revolution. Towards the end of the 1890s Alma Söderhjelm spent three years in Paris in order to compile her research material. The thesis comprised two distinct sections and in 1900 she defended the first section which focused on the revolutionary period up to 1794. The following year she published the second half of her thesis which treated the period up to 1799. On gaining her doctorate Alma Söderberg became the third woman to do so in Finland, having been preceded by doctor Karolina Eskelin in 1895 and the historical researcher Tekla Hultin in 1896.

Alma Söderhjelm’s research was groundbreaking and garnered attention in several European countries. She was particularly interested in Axel von Fersen and Queen Marie-Antoinette and she made new discoveries which had lasting impacts on historiography. The Kejserliga Alexanders Universitetet consistory decided to immediately appoint her as docent in general history, but this was not universally welcomed. Although her father’s and brother’s political activities may have influenced her opposition it was most likely caused by the fact that she was female. Having been prevented from gaining a position as docent she continued publishing academic work and in 1906 the university again proposed that she be taken on as docent. This time not only did Alma Söderhjelm succeed, becoming the first female docent at a Finnish university, but she was also the first woman to hold that position throughout Scandinavia. Seven years later she tried to apply for a professorship but she was again forced to give this up due to her sex. This caused a lot of furore and later led to legal changes which made it possible for women to become professors.

During the 1910s Alma Söderhjelm became politically active. This included being critical of the Russian authorities and so she smuggled forbidden Swedish magazines from Sweden into Finland. In 1927 she resigned from her position as docent at Helsinki university with the intention of becoming an author in Sweden, but that very year a personal professorship was established in her name at Åbo Academy and she returned to Finland. Alma Söderhjelm then became the first female professor in Finland. After retiring in 1937 she finally did move to Stockholm and returned to the cultural life that she loved. During the 1920s and the 1930s Alma Söderhjelm was one of the most famous Finns living in Sweden.

Her relationship with Sweden had been fostered during the lengthy periods she would spend visiting the country in order to gather material on Sweden during the French Revolution. She often joked that she had subsisted on eggs during her time as a poor visitor in Sweden, one eaten raw in the morning, one soft-boiled egg for lunch, and one hard-boiled egg for dinner, followed by egg-toddy in the evening as she worked.

During her time in Stockholm she wrote for various newspapers and became an established producer of causerie-type columns for the Dagens Nyheter newspaper. Her themes tended to be the relationship between Finland and Sweden, men and women, and friendship and love. She became a well-loved writer within Swedish cultural circles. Later on she used to say that she regretted not having studied literature at university and then focused on becoming a theatre critic from the outset, however there were not many female role models to follow in that sphere.

Alma Söderhjelm published academic literature, novels, causerie-style collections, her own memoires, as well as a collection of poems. She was at home within the cultural circles and eventually developed into a skilled writer and author who also wrote in an entertaining and enjoyable manner. In her memoires she recounted a popular story which reflects her personality: when one of her acquaintances, who had risen through the ranks, pointed out to her that “I heard that you were Prince Vilhelm’s lover”, she responded in a similarly haughty attitude: “Where royalty is concerned the term is mistress”.

Alma Söderhjelm spent her final years in Stockholm. She visited Paris one final time in the spring of 1938 during which she suffered a heart attack. She spent a lot of her time during the Second World War working on behalf of the Finnish cause from her base in Sweden. She gave lectures and visited hospitals to tend to the injured. She was awarded the insignia of the commander by Finland’s Order of the White Rose on her 75th birthday in recognition of her wartime efforts.

Illness and age finally overwhelmed the persistent researcher and author. Alma Söderhjelm died in 1949 in Saltsjöbaden, near Stockholm. The funeral was held in the Chapel of Hope at The Woodland Cemetery in Stockholm, and her urn was then transported to Finland where it was buried in the family tomb at Sandudd cemetery. 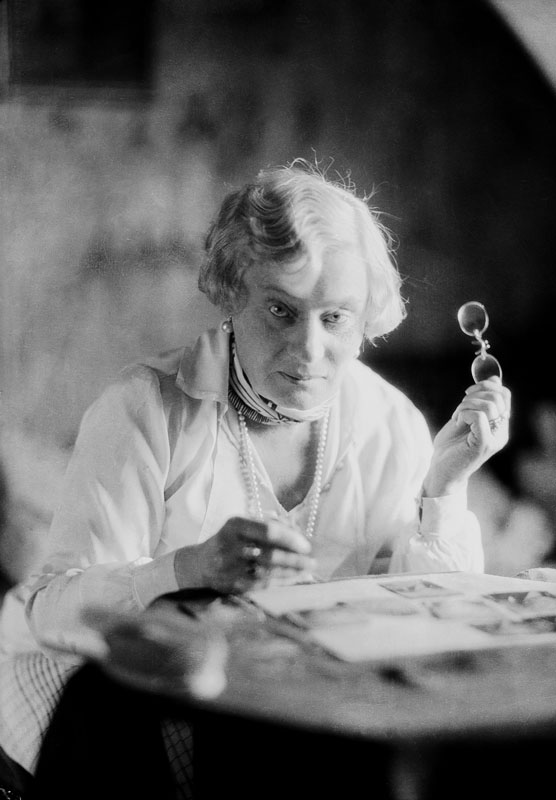