Amanda Adler was an entrepreneur of the early 1900s. She and her sister set up a successful manufacturing business in Karlstad which produced and sold straw- and felt-hats.

Amanda Adler was born in 1862 in Järnboås parish in Bergslagen, about ten Swedish miles northeast of Karlstad. The factory town of Järnboås had approximately 1,700 inhabitants around the time of her birth. Her father was a freeholder there and he and his wife, Ulrika Andersdotter, had eight children together.

During the second half of the 1800s the Karlstad area rapidly became industrialised. This enabled enterprising individuals to establish themselves within new fields. Amanda Adler, aged only 18, used her background of public schooling, private studies, and a business school-education to set up a fashion and drapery shop. Eight years later she moved her business to Karlstad. After another few years she limited her output to hats alone.

Amanda Adler and her sister Hulda Adler were amongst the earliest women to set up their own manufacturing businesses and in 1901 they founded the Karlstad straw- and felt-hat factory. Initially they rented a six-room apartment and hired a total of twelve staff, of which two were saleswomen. In 1912 the business also rented, from Karlstad town hall, a small shop from which they sold straw-hats. This business expanded rapidly and ten years later the company moved to a three-storey building at Tingvallagatan in Karlstad, now with fifty employees, including five travelling saleswomen who sold the manufactured goods nationwide. Choosing women for these positions of travelling salespeople was, according to a report in Idun from 1911, proven to be a successful one in terms of sales generated, partly because men could not compete “in terms of the energy required for selling this type of goods, which may be due to psychological reasons”. The company now enjoyed a nationwide marketing range and in the spring of 1911 30,000–40,000 hats were displayed in their viewing room, ready to be sent out to customers near and far. The Idun report claimed that Amanda Adler and her sister were “one of many good testaments to what energetic and honest women’s work could produce in our country”. Amanda Adler had been a member of the board for many years and chair of the Karlstad Young Women’s Christian Association (YWCA). She was also a member of the town council pension committee. 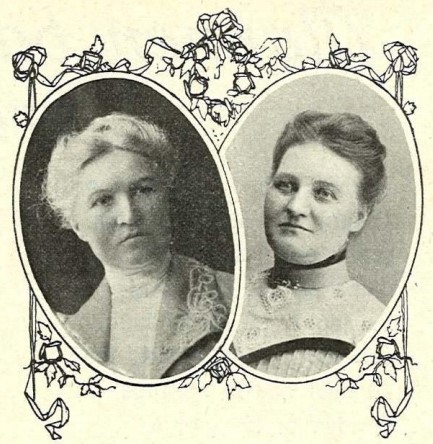