Aurore Grandien was a journalist and newspaper publisher, active at the end of the 1800s and beginning of the 1900s.

Aurore Grandien was born in 1857 in Gävle, where her father was a master weaver at the cotton mill in Strömsbro. Her home was characterised by work and thriftiness. She had to help out with two younger siblings at home, and also help out even as a schoolgirl and teach in the neighbourhood primary school when the schoolmistress was ill.

The teaching profession was thus close to hand for her future choice of profession, and in 1877—1878 Aurore Grandien studied at the primary school teacher training college in Bollnäs. She then worked as a teacher in Österfärnebo in 1878—1881 and in Gävle in 1881—1884. At a school meeting for the whole of Gävleborg county, she met her future husband, Rudolf Grandien. He was then a teacher of Latin, French and history at the grammar school in Söderhamn, while at the same time being the editor of the local newspaper Söderhamns Tidning, a position he had held ever since the beginning of 1878.

The newspaper was liberal with the ambition of being popular and easy to read, with local news items and edited snippets from the contemporary press around the country. The editorial office consisted of one person, Rudolf Grandien, and Aurore Grandien started there by translating foreign press articles. The newspapers arrived by train and post in the evenings — the Swedish telegram bureau in Sundsvall would not be set up until 1909 — which meant hard work during late evenings and early mornings.

The couple married in 1885 and Aurore Grandien was employed as editor. The spouses participated vivaciously in the cultural life of the town, with theatre, music and literature evenings, while the newspaper grew and flourished. When the Northern Swedish Press Association (Nordsvenska pressföreningen, Publicistklubben’s northern group) was started in 1889, Rudolf Grandien was made chairman and Aurore Grandien an honorary member for the rest of their lives. The couple had four children, however Rudolf Grandien died suddenly, in 1904.

After her husband’s death, Aurore Grandien took over the newspaper as editor and publisher, and with economic boosting by accommodating schoolmistresses in her home, she was able to take over the ownership of both the printing and the bookbinding workshops in 1913. She became one of the few women business executives of that time. It is said that “she was the first to arrive in the morning and the last to go home at night”. The technology and editorial work was modernised and in 1920 she was able to expand the newspaper from a two-day publication to a daily newspaper, with the help of her son and colleague Hans.

In 1927, at the age of 70, she retired from the directorship of the newspaper and her son Hans took over as editor-in-chief. The same year, she was awarded the royal medal Illis quorum for her contributions in the field of publishing. In 1938, she was made an honorary member of the Swedish newspaper publishers’ association, Svenska Tidningsutgivareföreningen (also called Tidningsutgivarna, TU).

Apart from her professional work and caring for her home and four children, Aurore Grandien gave her time and energy to extensive charity work, among other things as a member of the poor relief board in Söderhamn from 1908. She was also one of the initiative-takers to the first children’s catering organisation in Söderhamn. As she got older, she had more time for her great interest in gardening, that she had all her life supported and awoken attention for through articles in her own newspaper. She was rewarded by being appointed an honorary member of the gardening society Södra Hälsinglands Trädgårdsodlareförening. She also participated in the housewives’ guild in her own town and the women’s society Svenska Kvinnors Medborgarförbund.

Travel was another interest. With her husband, Aurore Grandien had already travelled to the Nordic neighbouring countries and Germany. After his death, she travelled alone to most of the countries in Europe, and also several times to Africa, and she always wrote travelogues to the newspaper about her experiences. In 1928, she made a six-month journey by steamship over the Atlantic via the Panama Canal to Hawaii and California, which resulted in the book, Tur och retur Hawaii: resebrev till Söderhamns Tidning, published the same year.

Aurore Grandien died in1940 during a visit to her daughter in Ängelholm in southern Sweden. At her funeral in Söderhamn, she was celebrated with speeches and wreaths from about twenty representatives of the town and various industrial associations. Two of her sons continued to manage their publishing inheritance: Hans as the editor and owner of Söderhamns Tidning, and her oldest son Alf as the editor of the major Swedish newspaper Svenska Dagbladet. She was buried beside her husband in the Söderhamn Cemetery. 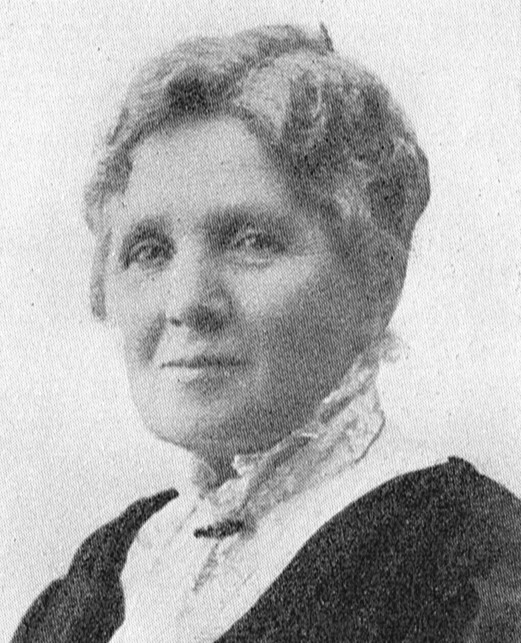