Anna Behle was a Swedish pioneer in the world of dance and the founder of a school which came to influence the development of modern free dance.

Anna Behle was born in Stockholm in 1876. Her parents never married and Anna Behle and her older brother August were adopted by a crofter family named Granbäck. Despite coming from a simple background, Anna Behle received a proper education. At an early age she began studying music and singing in Uppsala and in 1896 she graduated in organ performance in Stockholm. She continued her musical studies and in 1898 she enrolled in Musikkonservatoriet’s piano and solo singing classes. She studied there for five terms. Anna Behle also benefited from the opportunity to study in Paris with the singing instructors Eugène Crosti and Emile Wartel. It was during her time in Paris that Anna changed her surname from Granbäck to Behle.

In May 1906 Anna Behle saw the American dancer Isadora Duncan perform on a visiting tour at the Östermalm theatre in Stockholm. Anna Behle describes in her unpublished memoir “Att dansa Behle” how this experience changed her life and choice of profession, and made her determined to become a dancer. With her friend Louise Wikström (1857-1943), who was a certified gymnastics instructor at Gymnastiska Centralinstitutet, she travelled to Berlin that summer to take lessons at Isadora Duncan’s school. The two friends then travelled on to Geneva and continued their studies with composer and music teacher Émile Jacques-Dalcroze (1865-1950), famous for having developed the so-called rhythmic gymnastics. His method of learning music through movement has been developed further and is, for example, taught at Kungl. Musikhögskolan (the Royal College of Music). Anna Behle returned to Jacques-Dalcroze’s school from 1910 to 1911 and received a teaching certificate.

In the autumn of 1907 Anna Behle and Louise Wikström opened Anna Behle’s Plastikinstitut (Anna Behle’s Institute for Theatrical Movement) in an apartment on Brahegatan in Stockholm. They taught Duncan-inspired dance, gymnastics and Dalcroze-based exercises to children and adults. The courses were described as part of a new body-centred education for the modern human, rather than training for budding professional dancers. Despite this, several of the students would go on to become professional dancers. The Falk sisters, Gabo (1899–1975) and Jeanna (1901–1980), both came to have a significant impact on the development of modern dance instruction. Another of Anna Behle’s students was the Finn Maggie Gripenberg (1881-1976), who studied with Anna Behle in 1909 and contributed to the development of the free dance movement in Finland.

Further to working at her own institute, Anna Behle also worked as a movement instructor at the opera school of Kungl. Teatern (the Royal Theatre) and as an instructor in rhythmic gymnastics and solfège, a particular training method in singing, at Musikkonservatoriet. In 1933 she was awarded the royal medal Litteris et Artibus. In the years from 1935 to 1951 she worked as a singing instructor in Malmö. Anna Behle died in 1966. 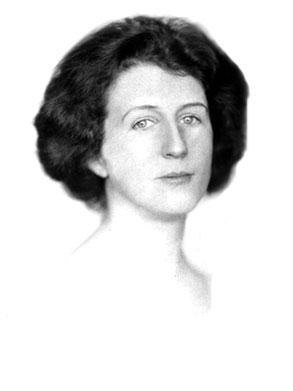