Anna Berg was a missionary who was active in China where she worked on behalf of Svenska Missionsförbundet (SMF, Mission Covenant Church of Sweden).

Anna Berg was born and grew up at Jakobsgården in Tibble, near Leksand. Tibble was a family farm where her father had also been born. She was the thirteenth child in a family of fourteen children, all of whom were born at the farm. Given the family’s less than well-off financial status the children were expected, from an early age, to help out at home. By the time Anna Berg was born several of her brothers had already moved away to Falun in search of employment. In 1887, when Anna Berg was 15, it was decided that she should follow her brothers to Falun to find work. In order to save money she and her her sister-in-law, made the journey to Falun on foot, a distance of 50 kilometers, which they completed in one day. That same year in Falun she met Carl Berg. They became engaged the next year. Carl Berg and his family were all active members of Svenska Missionsförbundet (SMF). Anna Berg was only 17 when she got married in the autumn of 1889. The newlyweds moved to a house belonging to the Berg family in central Falun. Carl Berg had the year before set up a profitable wholesale company and the couple were financially very comfortable. They intended to travel to Paris in 1900 in order to attend the Exposition Universelle, but Carl Berg suffered a sudden case of appendicitis which led to his death on 9 May 1900. Anna Berg was then 28 years old. Her marriage was childless.

Following a meeting with Hilma Börjesson, in the spring of 1901, Anna Berg’s life underwent a complete change. Börjesson had come to Falun in order to give a talk on missionary work. Anna Berg became enthralled by Börjesson’s accounts of missionary life and began to correspond with her in the ensuing months. Eventually, Anna Berg was taken on by SMF to serve as a missionary to China. In Stockholm she attended a brief training course for missionaries in the spring of 1902. This, apart from the basic schooling she had completed as a child, was the extent of her professional qualifications. On her departure to China on 5 June 1902 a special note was made in the SMF records that she was travelling entirely at her own expense. In July 1902 she headed for London, where she took language lessons and attended missionary meetings hosted by the China Inland Mission (CIM). In October 1902 Anna Berg travelled to China in the company of Hilma Börjesson, arriving in Wuhan, Hubei province, towards the end of November that same year.

Anna Berg spent two years living in Wuhan, studying Chinese and making her first contributions as a missionary by working at a girls’ school and with women whose feet were bound. In 1903 SMF decided to open a new larger girls’ school, focused on practical skills, and Anna Berg was appointed as school director. After a visit in eraly 1904 to the town of Huangzhou, which lies to the east of Wuhan on the Yangtze river, Anna Berg decided to relocate her shool there. She used her own money to purchase several plots of land for the use of SMF. At the new site she oversaw the building of her own private house, named Bergagården, along with a house accommodating the so-called ‘missionary sisters’, unmarried women who worked for SMF. She also funded the construction of the first chapel, completed in December 1906. A small medical clinic, the first of its kind in Huangzhou, was included within the chapel. Anna Berg also used her own personal wealth to fund missionary efforts in Huangzhou. When the head of SMF, P.P. Waldenström, visited China in 1907 he praised Anna Berg’s efforts, making particular reference to her financial contributions in his book entitled Till Kina: Reseskildringar.

Before long Anna Berg was given the nickname “Anna-Mor” (“Mother Anna”) by her pupils and local colleagues. The children and youth whom she taught and cared for became her ersatz children. Anna Berg sometimes spoke about being childless and being widowed at a young age when she gave talks on her missionary work back in Sweden during the 1910s and the 1920s. Other missionaries described Anna Berg as a “ray of sunshine”, in contrast to Hilma Börjesson who was considered quite strict. In 1908, after a few years in Huangzhou, Anna Berg noted in her diary: “I am happy working out here and certainly do not regret following the Lord’s call to leave my home and my nearest and dearest in order to serve Him as a missionary”.

Anna Berg and Hilma Börjesson served as a female double-act in an environment dominated by male missionaries. Anna Berg was appointed director of the Huangzhou practical school, opened in 1906, while Hilma Börjesson served as its principal and ran the educational programme. Anna Berg taught English and ran Bible classes whilst also taking an active role in the missionary enterprise as a whole. She also used her weaving and sewing skills to contribute to the missionary effort. Anna Berg regularly visited villages and smaller places forming the furthest outposts of the mission a around Huangzhou. She ran church services and made home visits, although working with the school remained her favourite activity.

Anna Berg’s house in Huangzhou, Bergagården, was named after her, but in the local dialect it became known as “the eight-sided house” due to its the shape of its extension. The building fell into disrepair following several decades of abandonment before the local authorities in Haungzhou in the 2010s listed Bergagården as a protected site and had it completely renovated. An additional storey had been added to the original building in the 1922-1923 period when it also served as accommodation for other missionaries and was sometimes used for teaching purposes. During Anna Berg’s final years in China, in the 1930s, the building accommodated the school for the children of SMF missionaries with Anna Berg serving as matron. This came about after the Swedish school at Xinyang in Henan, which had served all the Swedish missionaries in China, had been forced to close in 1927 when Chiang Kai-shek headed north on his campaign against the warlords of central China. The teacher Ida Petersson had been in Hubei since 1907 teaching the SMF missionary children there, initially at Yichang and subsequently at Xinyang, and finally, during the 1930s, at Bergagården. Ida Petersson and Anna Berg became close friends, with Ida Petersson also moving to Tibble upon retiring from her work in China in 1938. Anna Berg was an unusual missionary because of her personal wealth. In addition to Bergagården she also, again at her own expense, had another house built at Guling on mount Lushan, in the neighbouring province of Jiangxi. Many missionaries would travel there during the summers to seek respite from the heat along the Yangtze river. The house was called “Borgen” (“the Fort”) as it lay on a hill and was constructed out of large stones. Anna Berg also undertook private travels, visiting other missionary stations during her spare time. Missionaries usually spent seven years in the field before they were given a sabbatical, which could last up to two years. During her first visit home in 1910 Anna Berg served as an unofficial SMF delegate to the 1910 World Missionary Conference in Edinburgh. She was one of very few Swedish women present.

Her second visit home, in 1920, included visits along the way to Hawaii and mainland America. There she visited her eldest brother’s family in Los Angeles, whilst also taking in Chicago, Niagara Falls, and New York. In the summer of 1920 Anna Berg made several trips to Dalarna, Stockholm, and western Sweden giving talks on behalf of SMF. The following year she went on a long trip to the SMF missionary enterprise in the Congo, visiting several missionary stations in Congo-Kinshasa and Congo-Brazzaville. Anna Berg travelled in the company of SMF director Janne Nyrén and his wife who were undertaking an inspection tour. In February 1922 Anna Berg returned to China.

In September 1928 Anna Berg travelled to China for the last time, remaining in place for nine full years. She continued her work at Huangzhou and, when she left China for good in the spring of 1937, she was 65 years old. By then she had spent 35 years working as a missionary, and 30 years in China. On her return to Sweden she settled in her parents’ home in Tibble. During the 1940s she often gave talks at various church meetings and other conferences.

Anna Berg died on 24 June 1953 as the result of a brain haemorrhage. Her death was marked in several of the major daily newspapers. She is buried at Norslund cemetery in Falun. 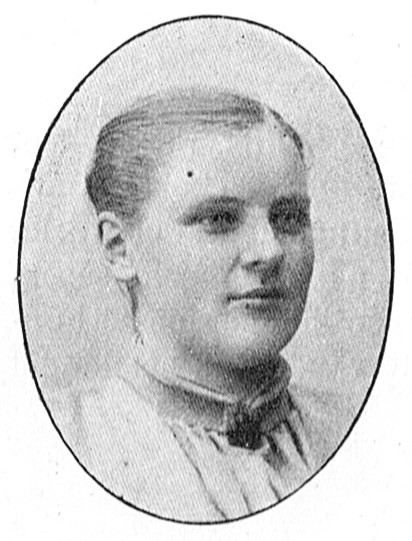