Anna Björling was one of the first female organists in Sweden. She played the organ in the church at Karlsborg Fortress from the mid-1870s onwards. From the start of the 1900s onwards she was an organist in Stockholm.

Anna Björling was born Anna Helga Gabriella Hultgren in Mölltorp, near Karlsborg, in 1857. She was the fourth child born to a family of eleven. Two of her siblings died as infants. Her parents, who married in 1853, were Gustaf and Elise Hultgren, both of whose parents had been inn-owners. Gustaf Hultgren then became a sergeant at Karlsborg Fortress. In 1869 Gustaf and Elise Hultgren, and their then five children, moved to the commissariat at the fortress where Gustaf had been appointed stores master.

Several of the Hultgren children displayed musical prowess. Their proximity to the the fortress prison proved to be an advantage: one of those forcibly recruited to build Karlsborg Fortress was an ambitious pianist who was given permission to teach the three Hultgren girls how to play the piano. He was a skilled teacher and all three of the girls became proficient concert-level pianists. Indeed, two of the girls became professional pianists. Further to Anna Björling, who became an organist, her sister Johanna, later married as Alsterberg, played the piano at Askersunds musikkapell.

One of Anna Björling’s childhood playmates was Oscar Björling, the son of the steamboat operator and captain Björling who sailed on Vättern. Following five years at school in Örebro and at Handelsinstitutet in Stockholm Oscar Björling gained a position at Karlsborg Fortress in 1879 as an office clerk. Anna Björling became pregnant by Oscar and gave birth to an illegitimate daughter who was initially fostered in Motala. When Anna Björling married Oscar in 1883 their daughter came to live with them in Karlsborg.

The couple had another six children during the 1884 and 1896 period. Oscar, meanwhile, made a career for himself and became head of the Swedish army’s Quartermaster Corps in 1893 and head of stores in 1896. However Oscar Björling was also found guilty of committing fraud which led to his incarceration. He spent four years in prison at Långholmen in Stockholm during the 1899–1902 period. Naturally he also lost his job at Karlsborg.

Anna Björling then became solely responsible for providing for the family. She may have been earning something from her role as organist at the Karlsborg church but it cannot have been very much. Her eldest daughter, Naëmi, was 19 years old at this point whilst her eldest son, Sixten, was 15. In those days children aged 15 and upwards were viewed as adults and presumably had jobs. The remaining children were still minors. Her son Åke, who had been aged five when his father went to jail, spent four years living in Älvdalen with Anna Björling’s sister’s family at Långö works, spending his time with his cousins Ester Gill and Inger Waldau. Upon her husband’s release from prison Anna Björling moved away from Karlsborg to Stockholm, just before Christmas 1902. She sustained the family by playing the organ at various Stockholm churches. Eventually her husband managed to find a job and his obituary describes him as a book-keeper.

Anna and Oscar Björling spent the rest of their lives living in Stockholm. Anna Björling was widowed in 1934. She herself died in 1939, aged 82, in Enskede. She is buried in Karlsborgs södra kyrkogård (Southern cemetery). 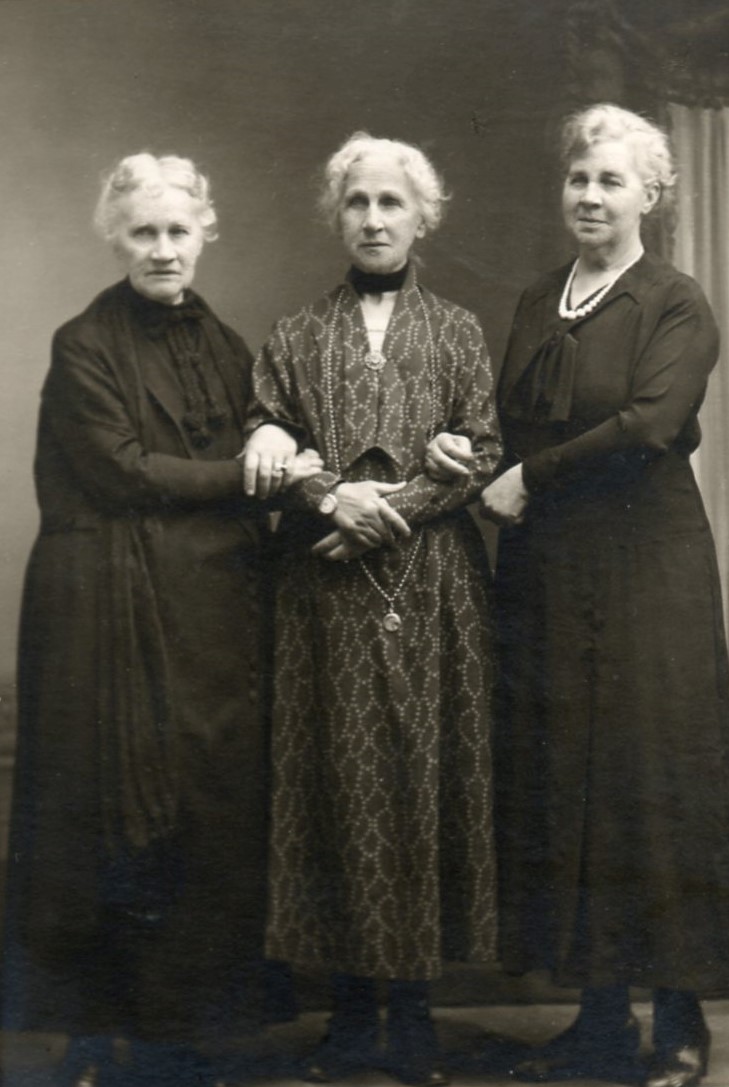