Anna Bohlin was a translator and pedagogue, apart from being active in associations, especially women’s associations, and in church contexts. She was also a popular educator, being one of those to start the Senior Academy in Lund in 1983.

Anna Bohlin grew up in a home with three older half-brothers and a group of younger full siblings, of whom four lived into adulthood. Their father, Enar Sahlin, was the headmaster of the grammar school in Falun, where the family had contact with Selma Lagerlöf and Carl Larsson. After their move to Stockholm in 1907, Anna Bohlin started her school attendance at Anna Sandström’s school, and later matriculated as a private student. Thanks to economic support from professor’s wife Anna Geijer, she was able to continue her language studies abroad: first at the Sorbonne in Paris, where she also worked in a bank, and later in Vienna, with a brief interlude as an au pair in England. Upon arriving home, she became a student at Uppsala University in 1922 and began her long life in associations by becoming the secretary of the Uppsala women students’ association, of which Anita Nathorst was at the same time elected as chairwoman. Together with among others Karin Boye, she participated in activities like theatre and choral singing. She was also made a board member of the Christian Student Society in Uppsala. At the beginning of 1923, Anna Bohlin gained her Master’s Degree in romance languages, English and German. She got married at the end of the same year to Torsten Bohlin, a senior lecturer in theology. The couple had six sons, of whom one died at the age of two. Her husband’s appointments decided the family’s place of residence, and Anna Bohlin’s roles were firstly as a professor’s wife in Åbo, Finland from 1925 and then in Uppsala from 1930, and later as a bishop’s wife in Härnösand from 1935. This did not mean however that she limited her activities to the home. As she herself expressed it in an interview: “I have always thought that women should get involved in life outside the home and not accept just being men’s shadows.”

As bishop’s wife, Anna Bohlin saw it as her assignment to support clergymen’s wives in their important work, and she founded the Härnösand canonry’s churchwomen’s association, of which she was chairwoman in 1942—1950. She participated furthermore in a number of different voluntary associations and took the initiative to a cooperative committee for the city’s various women’s societies. In Sweden’s National Housewives’ Association (Sveriges Husmodersföreningars Riksförbund, SHR, now Riksförbundet Hem och Samhälle) she worked on local, national and Nordic levels. The Fredrika-Bremer-Association was another recurrent context in Anna Bohlin’s activities and she was a board member in both the Härnösand and the Uppsala groups. The Women’s Christian Temperance Union was however the women’s organisation to which she gave most of her time, as an instructor and later as the national chairwoman in 1955—1969, while also being a board member at world level. Refugee issues were important for Anna Bohlin and she was involved in the Red Cross, the women’s organisations’ refugee help, the International Committee of Women for Permanent Peace and Amnesty International. During her student years at Uppsala, she worked as secretary on the board of the Swedish Mission and remained interested in mission issues throughout her life, among other things as the chairwoman of the Swedish Women’s Mission Society in Härnösand, in 1936—1947, and as secretary at the Swedish Institute for mission research at Uppsala in 1952—1954. These different assignments generated a number of lectures and articles, published mostly in Christian organs like Vår Lösen.

Anna Bohlin started her activities as a translator as early as the 1920s, and continued sporadically for 50 years, with translations from French, English, German and Danish. The first work she translated was the literary expert Bernhard Bouvier’s series of lectures on the Swiss poet and philosopher Henri-Frédéric Amiel, in 1925. It was followed by translations of Søren Kierkegaard’s For Self-Examination in 1926, and The Diary of Soren Kierkegaard in 1928. Existential themes dominated but were balanced by for example the Faeroese novel Älven forsar in 1954, by Adrian Johansen, and the American author Nathaniel West’s satirical 1930s novel Miss Lonelyhearts in 1955, under the pseudonym Anna Rapp. The psychiatrist Maxwell Jones’ book on social psychiatry, Samhällspsykiatri: att vidareutveckla det terapeutiska samhället in 1973 became one of her last translations.

After her husband’s death in 1950, Anna Bohlin developed her pedagogical work, both as a modern languages teacher at grammar schools in various places in Sweden and also as a popular educator. When she had retired, she sought voluntary work within the framework of the church: she cooperated in the ecumenical activities at Årsta church and was awarded venia concionandi by the archbishop, allowing her to preach and lead services at Ulleråker hospital, both in Uppsala. She also helped to start Jourhavande Medmänniska, a Stockholm inner city helpline. Her own thirst for knowledge was never satisfied; she undertook long journeys all over the world even when she was very old and took courses at the university. Over 200 oilcloth-covered notebooks have been saved with notes from her comprehensive reading, and she was driven by the will to communicate her knowledge. During her last years in Lund, this drive was expressed in her work at the Senior Academy with study groups by commission of Medborgarskolan. Anna Bohlin acted as its first chairwoman, and she led widely different study groups as well, from English drama to conversation clubs for people who were alone. 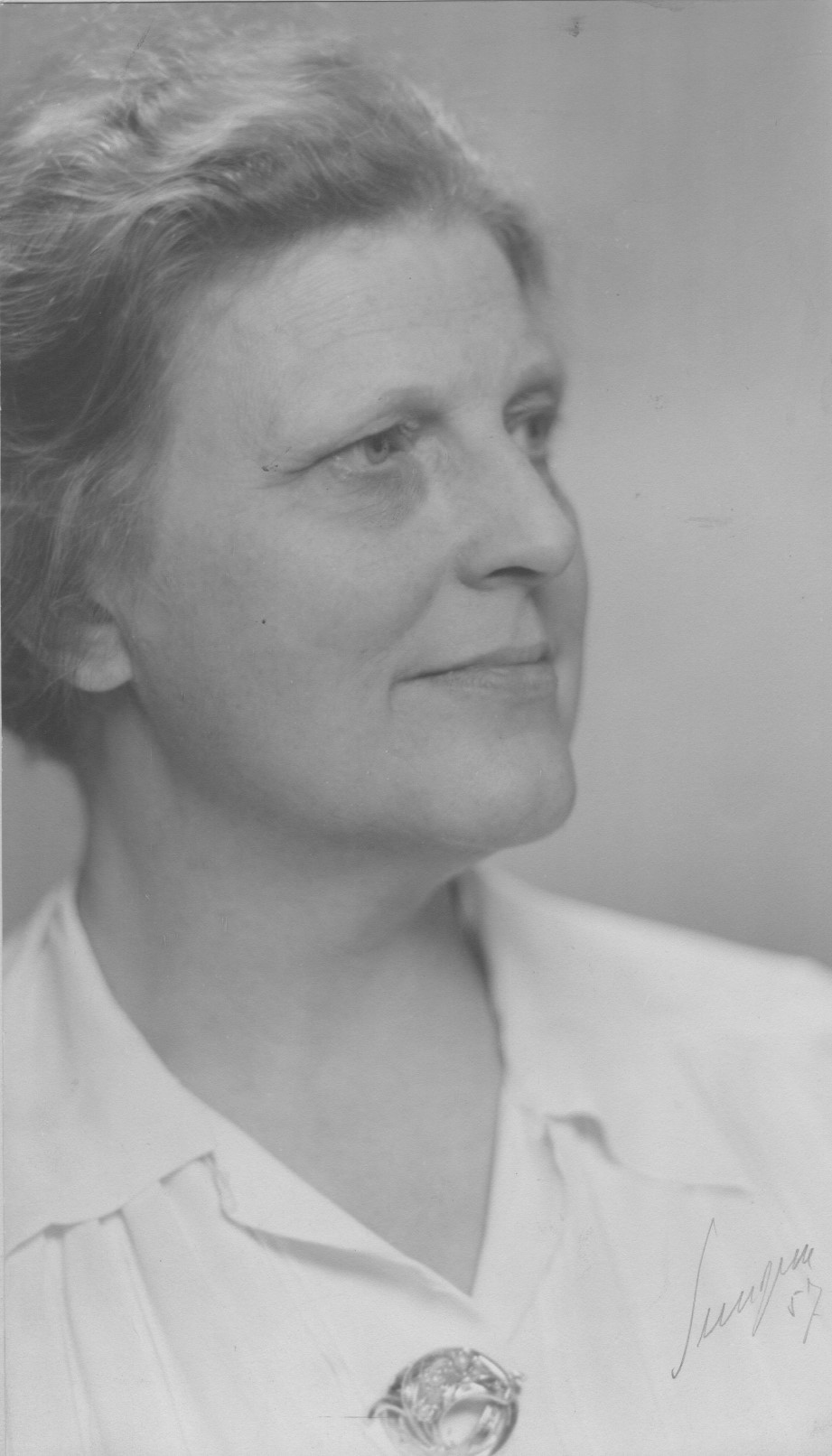