Anna Branting was an influential literary and theatre critic who was also a much-treasured novelist.

Anna Branting grew up in Klara parish in Stockholm. Her father served as chief inspector of police in the city. Anna Branting had four older brothers, two of whom became very successful. Unlike her brothers Anna Branting did not benefit from higher education. The education she received from various girls’ schools came to an end when she was seventeen years of age. At that point she was sent to the home of a pastor in Roslagsbro to learn how to be a homemaker. It was not long before she became engaged to the pastor’s youngest son, Per Alfred Brolinson. However, she broke off the engagement a few years later. Aged 22 she then married Lieutenant Gustaf von Kræmer. Their marriage was a deeply unhappy one, partly due to von Kræmer's tendency towards violence, and their union was dissolved in 1883. They had three children together, one of whom died in infancy. Anna Branting’s daughter Vera von Kræmer followed in her mother’s footsteps and she too became a successful journalist and novelist.

Anna Branting almost immediately remarried following her divorce. Her second husband was Hjalmar Branting, later the first Social Democratic prime minister of Sweden. In this second marriage Anna Branting had two children, Georg Branting and Sonja Branting-Westerståhl. It was through her marriage to Hjalmar Branting that she began her professional career as a journalist. Hjalmar Branting was the editor of the newly-started journal Tiden and he engaged her as a member of the writing staff. Anna Branting produced causerie-style articles and literary and theatre reviews, working under the pseudonym of Vox. However, it was the pseudonym of René, which she adopted when she began to write for the newly-established Social-Demokraten in 1886, that primarily became connected to her.

Anna Branting’s distinctive, sharp, and somewhat ironic style and her innovative literary and theatre reviews captured readers’ attentions. Her fearlessly expressed opinions resulted in her being both loved and hated. However, her real ambition was to write fiction and in 1893 she made her literary debut with the release of her first novel, Lena. En bok om fruntimmer. It was very positively received. The book is in many ways typical of its era, recounting the contradictory situation of women in the emergent new modern society. The focal character, Lena, is dissatisfied within her marriage and harbours a strong wish to lead another life but is nevertheless unable to break free. A lack of qualifications places financial obstacles in her way but it is primarily her great sensitivity, her refined and comfortable habits and delicate constitution which leads her to seek death instead of breaking free. Anna Branting returned to this critical approach towards women’s positions within contemporary family life in her next short-story collection, Sju martyrer. Berättelser från den husliga härden, which was published the following year.

Anna Branting was very productive as a literary and theatre critic in the ensuing years. Her husband ended his role as editor of Tiden in 1892 and Anna Branting instead began to write for Stockholms-Tidningen. She remained with the publication until 1909, at which point she was made redundant. She then returned to writing for the Social-Demokraten.

Anna Branting released her second novel, entitled Staden. En sedeskildring ur stockholmslifvet, in 1901. The novel, set within the world of journalism, tells of a marriage in trouble. This book contains autobiographical elements given that the Brantings’ marriage went through a crisis following Hjalmar Branting’s admission of his many infidelities and that he was in a relationship with a woman who was expecting his child. Class and gender play major roles in this novel. The young middle-class wife in the novel goes home late one night from the couple’s summer house in order to surprise her beloved husband. She rushes through the streets to the sounds of coarse comments made by other men about her and ladies of the street. Once she gets back to her marital home she hears the same noises emerging from the bedroom. The novel received extremely favourable reviews. The young David Sprengel, a critic for the Svenska Dagbladet newspaper, pointed out that this was a new aspect to her writing. This novel, along with the later published letters that she wrote to Sprengel, comprises the literary peak of her writing career.

Anna Branting’s later novels – the 1910 Fåfänglighet and Valérie from 1912 – which she published under her real name, once again portray women’s dissatisfaction with modern society. These novels do not, however, form part of the women’s movement as they highlight the inability of women to lead their lives as required by fate and biology.

Anna Branting died in 1950. She is buried at the Adolf Fredrik cemetery in Stockholm. 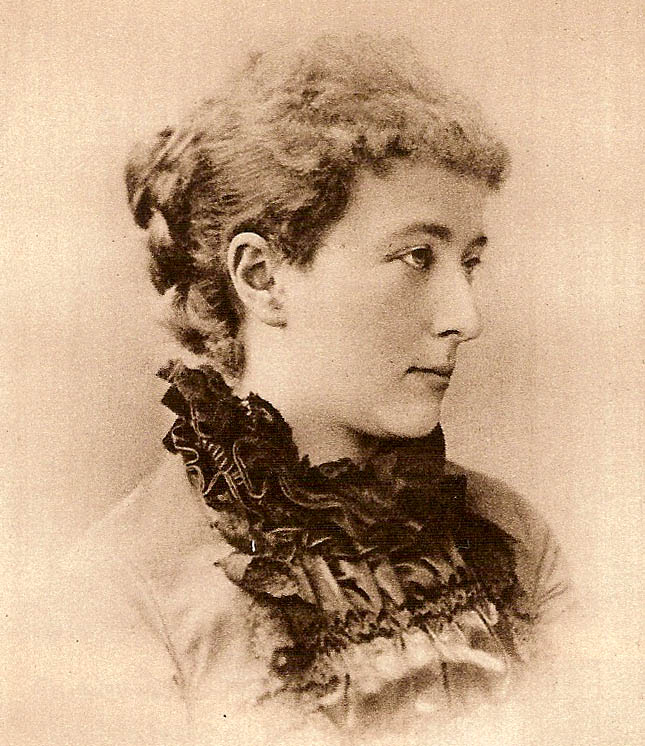