Anna Catharina Berlin is one of the few women who wrote significant historical novels in the first half of the 1800s. Her work is based on an extensive knowledge of history and raised the issue of the feminine versus the masculine debate.

Anna Catharina Berlin was born in Malmö, where her father was a merchant. From 1825 to 1829 she worked as a governess for the squire Gustav Adolf Spaldencreutz and Baroness Maria Margareta von Otter, as well as their four daughters, in Fredriksdal, Almesåkra, in the region of Kronoberg. Most of Anna Catharina Berlin’s family lived in Scania, which provides the backdrop for her novels. At the age of 29 she married Christian Gissel Berlin, who had a doctorate in mathematics from Lund University and was newly appointed as vicar at Balkråka, just to the west of Ystad.

As a 34-year-old wife of a clergyman and mother of three children, Anna Catherina Berlin made her debut in 1835 with Försakelsen. Novell från konung Magni Ladulås tid. Two years later, in 1837, she published Jörgen Krabbe. Romantisk skildring från Carl XI:s skånska fälttåg. In 1840 her husband was elected into parliament to represent the Diocese of Lund and thereafter came to spend a lot of time in Stockholm. Now a dean’s wife and mother of seven children, Anna Catharina Berlin published Rosensparreska ättens utgång. En skildring från kriget mellan Sverige och Danmark åren 1611 och 1612 in 1844. Her salary contributed to the costs of her children’s education and to the household finances. When her husband died in 1863, Anna Catharina Berlin initially moved to Lund with her youngest daughter Hulda, who was a head-nurse. In 1881 she moved once again, this time to be with her eldest daughter Maria, herself a vicar’s wife in Östra Herrestad. At the time of her death Anna Catharina Berlin was living in Stockholm.

Försakelsen is set in Scania during the 1200s. The story is particularly interesting from a gender perspective as it describes a lot of gender crossing. The main character is the 18-year-old Hildur, who, anonymously and disguised as a man, defeats Duke Magnus at a tournament. Having received her prize, she absconds. She is then educated by a monk in both masculine and feminine virtues. The work, accredited to “Anna B”, was published in 1835 by the author’s cousin, N. H. Thomason, a publisher based in Stockholm.

Jörgen Krabbe refers to a historical character who owned Krageholm castle in Scania. He became a Baron in 1676. The same year the Scanian war broke out and Krabbe was accused of treason and of conspiring with the Scanian rebels, called “snapphanar”. He was executed at Stortorget in Malmö in 1678. Krabbe’s wife Gylta was an influential person who unsuccessfully sought reprieve for her husband. The novel contains detailed accounts of bloody fights, including the battle of Lund. Just five pages from the end a footnote appears stating: “In the following the author has deviated from historical truth”. The fictional Gylta succeeds in getting her husband pardoned. Jörgen Krabbe was published as part of the Thomson Kabinetsbibliotek series in 1837. When the book was reviewed, it was believed to have been written by a man. Jörgen Krabbe was also printed as a serial in Göteborgs Tidning between 1905 and 1906.

Rosensparreska ättens utgång is set in Scania and Småland during the so-called Kalmar War. A love story between Anna Rosensparre and Kristian Bernekov is woven into a detailed account of the political events and struggles of the time. Anna’s tutor Sven, who has idolized her since she was a child, kills Anna in order to save her soul when she is forced to marry the vengeful warrior Holk. This brings the bloodline of the Rosensparre family to an end. The novel was published in 1844 in the Lars Johan Hierta Läsebibliothek series.

When the general Swedish readership increased during the 1830s and 1840s a noticeable number of novels were written by women. They were often about women and were read by women. The new genre of “the bourgeois novel” has received much attention from literary historians, while the contemporary and very popular historical novels, such as those authored by Anna Catharina Berlin, have partly become overlooked. 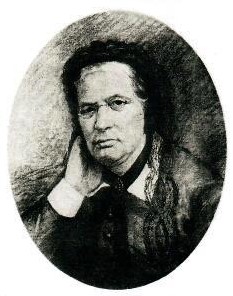