Cecilia Frisendahl was a visual artist, an illustrator and a graphic artist. She wrote books on lithography and she was a driving force behind the establishment of Litografiska Museet in Stockholm.

Cecilia Frisendahl was born in Stockholm in 1922. She spent most of her life living in Djursholm. She was the daughter of Halvar and Anna Frisendahl and, given that her father was a sculptor, the constant presence of visual art was a feature of her childhood. Similarly, her paternal uncles Carl and Fredrik were painters and sculptors, and the latter was also a glass engraver.

Cecilia Frisendahl’s initial artistic training occurred at Tekniska skolan (now Konstfack) which she attended from 1940–1941 and continued at the Otte Sköld school of painting that same year. She then attended the Royal Swedish Academy of Art studying under Fritiof Schüldt, professor of painting. Towards the end of the 1940s she headed off on study trips to places including France, Greece, Great Britain, and Italy.

Cecilia Frisendahl made her artistic debut in 1945. During the ensuing years she submitted examples of her paintings and drawings to the Ung konst (Young art) exhibitions at Färg och Form, to the Nordiska konstnärinnor (Nordic female artists) exhibition at Liljevalch art gallery, and to the National museum’s exhibition entitled Unga tecknare (Young illustrators). She painted in oils and watercolours and her drawings were made using graphite and charcoal. Her themes included interiors, still-lives, landscapes, portraits as well as animal pictures. In 1952 she held her first solo exhibition at the Färg och Form gallery in Stockholm. The preceding year she had married the architect Leif Hakning, with whom she went on to have three sons during the 1950s. As the mother of small children she found it hard to concentrate to the degree required in order to further develop her painting and so focused on her drawings. Her three sons, Richard, Cecil, and Christoffer, became her favourite models and it was through her drawings that she discovered the correct artistic proportions for lines and the spaces between them.

Cecilia Frisendahl’s drawing activities led her to investigate the possibilities that graphic art offered. She was accepted as a special student at the graphics department of Konstakademien where she learned the basic techniques. Her first task was to produce an etching but instead of getting it printed her instructor, Harald Sallberg, told her to polish the image off, leaving behind a clear copper plate. Cecilia Frisendahl opted instead to save her work as she believed that her work should be allowed to develop and that nothing should be erased.

Her curiosity was piqued by graphic arts and for half a century Cecilia Frisendahl studied and investigated all its possibilities. She was primarily interested in lithography and produced, amongst other things, a book entitled Stenarna tala in 1986 and Indiansommar in 1991. She published Den litografiska stenen: en kärleksförklaring till litografin in 2005. She saw the chance to exploit all the possibilities a stone offered as a challenge and in the latter of the three books she clearly explains why she was a graphic artist:

“The driving force which spurs the artist on despite the difficulties inherent in graphic arts, such as hard labour, tricky printing processes, countless mistakes, expensive and often recalcitrant materials, is the wealth in possible developments – the exciting, fascinating work and the ever-changing and improving results which become more and more vibrant during the working process.”

Cecilia Frisendahl’s lithography Urfågel, which was presented as part of the Föreningen för Grafisk Konst (society of graphic art) portfolio in 1993 was a captivating and almost bewitching piece. She depicted zebras from every conceivable angle: agitated mules and engorged rumps both at rest and in motion. Dogs comprised another favourite motif in Cecilia Frisendahl’s work. Both of these animals are including in the drypoint piece entitled Ljuset, which was produced in 2006 following an eye operation which had forced Cecilia Frisendahl to be house-bound. She was finally able to make use of her first-ever copper engraving from her time as a student of graphic art. She drew directly onto the plate using a diamond-headed needle, without any practise runs, and the result became a mysterious image which requires careful gazing. Female bodies and female torsos are directed in an unusual dance by a male figure and everything is being watched by a dog, of which only the head is visible. The model for this animal was her very last dog.

Cecilia Frisendahl was productive. Throughout her long life she held over 60 solo exhibitions, the majority of them comprising her graphic art and drawings. She also participated in a large number of group exhibitions in Sweden and overseas, including Grafiktriennalen at the Royal Swedish Academy of Art in 2007, and she received several commissions for decorative artwork. Some of the most important of these are the much-loved zebras in the entrance of the Karolinska university hospital in Stockholm, laminated drawings at Radiumhemmet in Solna from 1989, as well as etchings and steel-bound coppar-plates produced for Kevinge Servicehus in 1994.

Cecilia Frisendahl also created illustrations for children’s books, including the Swedish edition of Edith Nesbit's Five Children and It from 1954. During the early 1970s she also served as the curator of Grafiska Sällskapet’s experimental lithography workshop. She then spent ten years teaching at the graphics department of Konsthögskolan where she specialised in lithography. She was considered to be a knowledgeable, enthusiastic and cheerful teacher and was the reason that many young trainee artists specifically sought out her classes.

Cecilia Frisendahl was heavily involved in graphic art and dedicated herself to seeing the Litografiska Museet in Sundby farm take shape. The museum was opened in 2005. Her activities extended beyond the museum and included many artists’ associations, such as Grafiska Sällskapet and Litografiska Akademien in Tidaholm. Cecilia Frisendahl was awarded the first-ever Nils G Stenqvists Minnesfond (memorial fund) stipend in 2006 and in 2010 she received the award Fridellnålen from Föreningen för Grafisk Konst.

In conjunction with Cecilia Frisendahl’s 90th birthday that same association, along with Grafiska Sällskapet in Stockholm and Litografklubbens Arkiv in Huddinge, established a work stipend in her name, Cecilia Frisendahl’s litografistipendium. Despite her advanced age she was still active as an artist and keenly kept up with developments when the museum printed her plates in the high-speed lithographic printing press named Johanna.

Cecilia Frisendahl died on 29 September 2014, aged 91. Her remains lie at the cemetery in Djursholmen. Her obituary was appropriately enough embellished with a resting zebra which she herself had drawn. 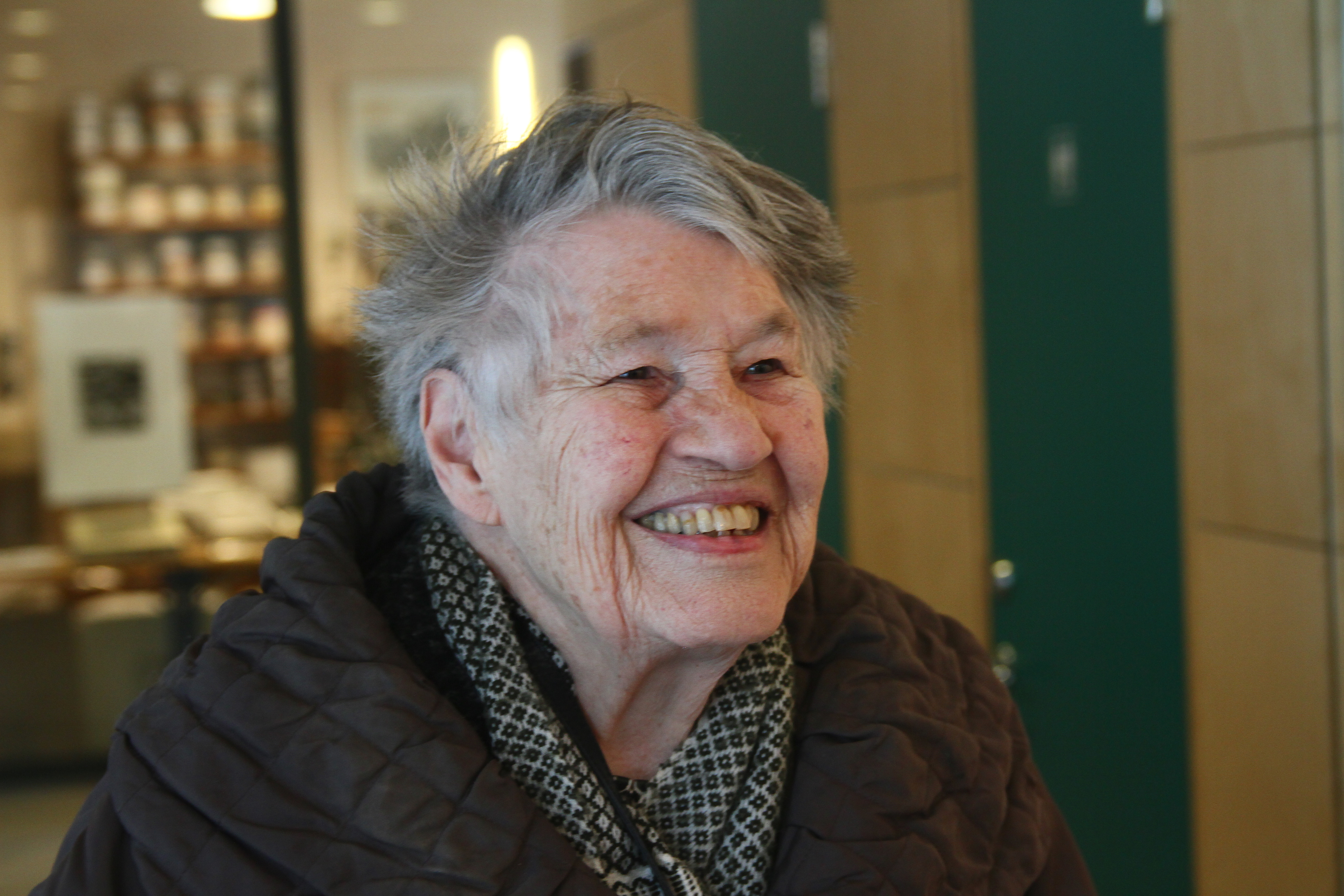