Mathilda Foy was a philanthropist and author. She dedicated her life to working as a deaconess and in the 1840s she introduced Sunday school activities, thus becoming a pioneer.

Mathilda Foy was born in Stockholm in 1813, the daughter of the English Consul General George Foy and his Swedish wife Mathilda Augusta Skoge. Her father was a company director and had moved to Sweden from England. The family was wealthy and lived in a grand apartment near what is now Mariatorget in Stockholm.

Her parents gave Mathilda Foy a thorough education in languages. Her second language was English and she also learned French and German. Music, dancing and drawing were also included in her education. Mathilda Foy’s gifts and desire to write were woken early in her life. As early as the age of twelve, she started writing diaries, which she continued doing all her life. The diaries are written in English but have later been translated to Swedish. Some of the texts have found further use, for example her descriptions of a sojourn at Medevi Brunn in 1835 with her parents. In it she gives detailed descriptions of spa life and her own experiences. Her story has been retold by Gustaf Näsström in his historical book Det gamla Medevi.

The new evangelical revival, with among others Carl Olof Rosenius as a foreground figure, awoke her interest in religion and she also called herself a ”reader” for a time. In that spirit, she started a Sunday school in the winter of 1843–1844, that may well be regarded as a pioneer activity. It also met with strong opposition from the clergy in her congregation and had to be discontinued.

In 1851, Mathilda Foy was invited to visit Emilie Petersen, also known as Grandmother at Herrestad. Early on, in 1838, she had already started a women’s association the aim of which was to help poor women to find paid work. A needlework group that delivered jerseys, scarves and homespun garments to poor children in Lapland was also started and Mathilda Foy also participated in that. She embroidered biblical texts on caps. She and Emilie Petersen became friends and Mathilda Foy returned often to Herrestad. In Mathilda Foy, they had both a colporteur and a preacher at Herrestad.

Mathilda Foy also received inspiration for her philanthropy and deaconry during her many journeys to England and Germany, where she also came in contact with several Christian associations running similar activities to those at Herrestad. Together with Betty Ehrenborg-Posse, with whom she cooperated to start what became the Swedish deaconry society, she got to know the London city mission and was impressed. Particularly inspiring were the contributions to “improve” women prisoners. As early as 1851, they had founded the “Women’s association for prisoners’ improvement” along with Fredrika Bremer and Marie Cederschiöld but been obstructed in this work. After their arrival home however, they succeeded in gaining permission to hold regular meetings with women prisoners, as Fredrika Bremer vibrantly described in Nya Dagligt Allehanda in 1856 and Lotten Dahlgren later in Hertha in 1930. Mathilda Foy continued with her deaconess activities in Sweden and abroad. For example, her contributions during the cholera epidemic in Stockholm in 1853 were comprehensive. Towards the end of her life, her economic resources diminished since her financial advisor mismanaged her assets.

Parallel to her many activities, she edited Christelig Månadsskrift för barn and wrote under the pseudonym Tante Ester. She also contributed to the English magazine Evangelical Christendom. A number of small brochures and tracts published by Per Palmqvist’s publishing company, akin to the Baptists, were also written by her. Mathilda Foy never married, thus never having any children of her own. She had no siblings either. She died when she was on a visit to Jönköping, on 1 November 1869, at 56 years of age. She was buried with her parents at Maria Church in Stockholm, the congregation in which she had first started a Sunday school, to the irritation of the clergy. 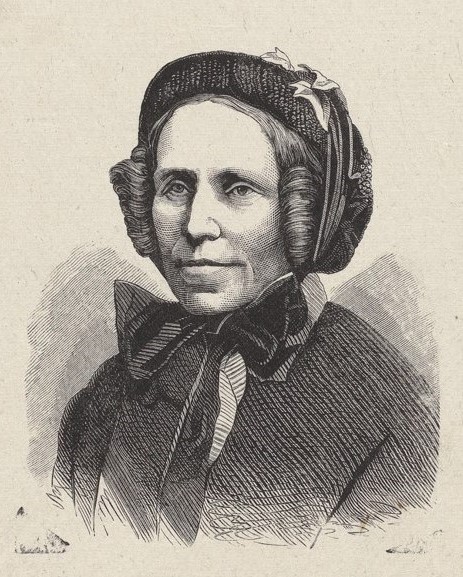