Anna-Clara Romanus-Alfvén was the first woman doctor in Norrköping. She was also active in the struggle for women’s political suffrage and involved in the social conditions of unprotected and vulnerable women.

Anna-Clara Romanus-Alfvén was born in 1874 in a Christian home in Landskrona. Her mother Maria Petersson was a schoolmistress and her father Johan Romanus Petersson was an organist and music teacher. At the girls’ grammar school in Landskrona, the young pupil looked up to one particular schoolmistress who dared to diverge from the norm and show courage and empathy: Selma Lagerlöf. The future authoress and Nobel prize-winner was a role model and a source of inspiration to Anna-Clara Romanus-Alfvén as she tried to be free and seek her own paths in life.

Anna-Clara Romanus-Alfvén wanted to continue studying, but her parents were initially negative to that idea. In the end, they accepted it and she was allowed to matriculate in Malmö as a private pupil in 1893 and then continue her studies at the college for elementary schoolmistresses in Kalmar. However, the school-teaching profession did not suit her. She wanted to be a doctor.

During the years 1895 —1897, Anna-Clara Romanus-Alfvén worked as a schoolmistress in Eskilstuna where she saved enough money to be able to start her university studies. Against her parents’ wishes, she resigned from her teaching post and moved to Lund. Her parents were mostly against their daughter living in – as they feared – radical, reprobate, unchristian circles.

For Anna-Clara Romanus-Alfvén, it was also a penurious life. Her parents had no financial resources, so she was compelled to take expensive bank loans and also to borrow money from relatives. In 1898, she continued on to Stockholm for studies and internship at Serafimerlasarettet at the Karolinska Institute.

In the autumn 1906, Anna-Clara Romanus-Alfvén qualified as a medical doctor. At that time, there were only about ten women doctors in the country. However, as a woman, she was excluded from holding a position at a hospital. The only possibility was to start her own practice. The choice fell on the working-class town of Norrköping where social problems were numerous and she would therefore be able to make a difference. Norrköping’s first woman doctor was received with open arms. The need was great. Many women preferred to be treated by a doctor of the same sex as themselves. Now that was possible. Several of her patients were poor workers, some single mothers with children, without the wherewithal to pay for medical care. Anna-Clara Romanus-Alfvén often gave the poorer patients free treatment at their own and their children’s visits to the clinic.

Anna-Clara Romanus-Alfvén’s engagement for women’s political suffrage was awoken during her student years in Stockholm. One source of inspiration was the doctor Ada Nilsson, one of the most prominent figures in the women’s movement, who had worked at Serafimerlasarettet. They now also became colleagues in the suffrage movement.

In 1907, Anna-Clara Romanus-Alfvén joined the Norrköping section of the Swedish women’s suffrage movement Landsföreningen för Kvinnans politiska rösträtt (LKPR), in which she participated in meetings and lectured on girls’ upbringing, hygiene in the home, childcare and sexual hygiene for women. The interest was often great. The lectures drew large audiences to the public lecture halls. The same year, she married her doctor colleague Johannes Alfvén, brother of the Swedish composer Hugo Alfvén. She and her husband had two children.

Three years later, Anna-Clara Romanus-Alfvén was elected chairwoman of the suffrage association. She held that position until the parliamentary decision in 1919 to introduce the equal and universal right to vote for all women in parliamentary elections.

As a doctor, Anna-Clara Romanus-Alfvén was an early advocate for compensation to be paid to mothers who had newly given birth, and who were compelled otherwise to work during the weeks after their delivery and thus were unable to breast-feed their children. She suggested that sickness insurance funds be set up at the Norrköping factories to assist women economically, within the framework of a motherhood insurance scheme. She considered also that economic help ought to be offered to women who had been forced to give away their infants in order to work when their husbands were conscripted for military service. She also prescribed leave and rest for overworked women textile workers.

Apart from the medical profession and the struggle for women’s suffrage, Anna-Clara Romanus-Alfvén was the chairwoman of the women’s council Kvinnorådet i Norrköping for several years. The council carried on extensive aid work for vulnerable women and children in poorer homes. Foodstuffs and clothes were handed out. Seamstresses patched, mended and manufactured thousands of assorted garments each year.

For about a decade, Anna-Clara Romanus-Alfvén also worked as a school doctor at the Norrköping Northern girls’ grammar school, and she also taught health education, women’s hygiene and childcare at several different schools and institutions. On two occasions, in 1924 and 1928, she stood for parliament for the liberals, but she never got elected. At the end of the 1920s, she was also an expert in a couple of state legislative inquiries concerning vagrancy and alcohol.

Anna-Clara Romanus-Alfvén realised early on how unfairly women were treated in society and she tried to do something about it. She was an unselfish fellow human being who loyally stood up for vulnerable and exploited women and children.

Anna-Clara Romanus-Alfvén died in 1947. She lies buried at the Northern Cemetery in Solna. 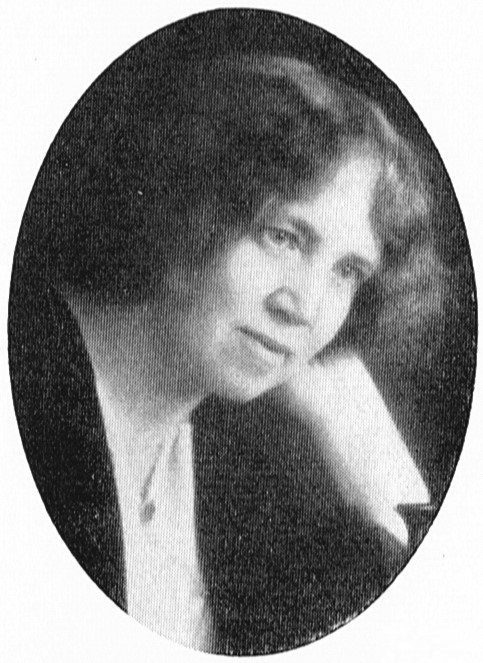