Anna Wallenberg was an artist who painted landscapes and portraits. She was for many years the chairperson of the handicrafts association Handarbetets Vänner in Stockholm and was very engaged in charity.

Anna Wallenberg was born in Stockholm in 1838. Her mother Eleonora von Sydow was a painter and illustrator and her father Johan Gustaf von Sydow was a Rear Admiral. Anna Wallenberg grew up on Skeppsholmen with two sisters, who both died young, and a half-brother. She displayed artistic talent early on and her mother was her first teacher in drawing and other subjects. Her father died in 1850 and the family moved to central Stockholm where her mother continued to teach Anna Wallenberg. She also spent a period at a boarding school in England.

In 1858, the teacher Per Adam Siljeström and among others Martin Schück organised a course for women. Anna Wallenberg started attending at the same time as she studied art for the sculptor and illustrator Professor Carl Gustaf Qvarnström and the painter Ferdinand Fagerlin. Eventually she also received tuition from Professor Johan Christoffer Boklund at a painting school for women that he had started. She painted still life, portraits and landscapes and a future as a painter was prophesied for her. She participated with a couple of oils in the Konstakademien’s exhibition in Stockholm in 1860. For the Katarina Church in Stockholm she painted a portrait of the vicar, E H Eriksson.

Life changed however when she married André Oscar Wallenberg in 1861. He had just founded the Stockholms Enskilda Bank. He was twenty-two years older than she and had six children born in two previous marriages. Four of these were brought up by Anna Wallenberg. She and her husband also had fourteen children of their own between 1863 and 1884. Twelve of them reached adulthood. She easily fell into the role of hostess in their extensive social life.

André Oscar Wallenberg was also a member of parliament and as such frequently presented motions. His wife, who shared his interests and was his confidante, often functioned as his secretary. She inspired him to work for the women’s cause. In 1884, he handed in a motion that the age of majority for unmarried women should be set at 21 years of age. He also urged that a husband and wife without a prenuptial agreement should themselves be able to decide over inherited or earned assets. Both motions were carried.

In 1886, André Oscar Wallenberg died and his widow began to spend her time on non-profit and philanthropical enterprises. She succeeded Sophie Adlersparre as the chairwoman of the board for Handarbetets Vänner in 1887. At bazaars and parties held for the benefit of Nordiska Museet and Skansen, Anna Wallenberg functioned as an organiser and if necessary she contributed economically as well. She was the chairperson on the board of the women’s organisation Kvinnoförbundet för Sveriges sjöförsvar and also for the Fredrika-Bremer-Förbundet’s scholarship fund, the Lotten Wennberg fund and the Benedickska fund. As a board member, she also participated in two other philanthropical associations, one of which ran a home for poor elderly women from the upper classes of society, later Hagahemmet. She was a member of the Gripsholm association committee as the sole woman. When the World Exhibition was due to start in Paris in 1900, she was a board member on the Royal Committee for Sweden’s participation, again as the sole woman.

Anna Wallenberg was strongly patriotic and now and then took to the pen, though never under her own name. In connection with the dissolution of the union in 1905, under the male pseudonym Anders Svenske, she wrote Sveriges rätt: några ord om de unionella förhållandena, and several years later appeared Några ekonomiska synpunkter under the pseudonym Ave. After her death appeared Funderingar under the male name Andreas Wallén. Several patriotic speeches were published under her own name.

Anna Wallenberg was described as having good organisational capacity, willingness to undertake work and to be always supportive. She gave willingly and generously but wisely, and she had a special interest in less well-off but gifted artists. She was well liked by her many employees in her vast apartment in Stockholm and at their country estate Malmvik on the island of Lovön. She was rewarded for her contributions with the decoration Officier d’Académie and on her seventieth birthday in 1908 with the royal medal Illis quorum of the twelfth order.

In February 1910, Anna Wallenberg attended a dinner for 14 people at the home of Baron Gustaf Tamm. Among other delicacies on the menu was goose liver pâté, and during the night the host couple and several of the guests fell ill with an acute digestive upset. One of them was Anna Wallenberg, who at first recovered somewhat but whose condition again worsened. The doctors operated on her, but it was not possible to save her life. Her death was thought to be due partly to the digestive upset, and partly to earlier problems with gallstones.

Anna Wallenberg died in 1910 at 71 years of age. The enormous display of flowers from many members of royalty among others and from the associations for which she had worked showed that she had been a significant and well-liked person in many fields. Her remains rest in the family grave in the Wallenberg mausoleum on the island of Lindö in Ekerö municipal district. 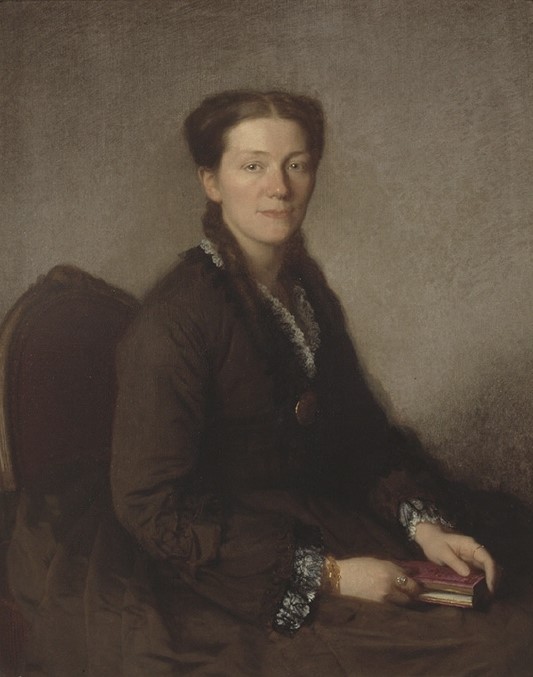