Anna Gardell-Ericson was an internationally recognised artist who mainly painted landscapes in watercolour. She was awarded several distinctions and elected to be a member of the Dudley Gallery Art Society in England.

Anna Maria Gardell-Ericson was born in 1853 in Visby. She was the daughter of Emma Gardell, née Nyberg and her husband John Gardell who was a senior county official. She had two younger sisters and a younger brother. When Anna Gardell-Ericson was fifteen, she was sent to Switzerland. She was considered artistically gifted and was to have piano tuition at a conservatory while at the same time being a pupil at an art school.

Painting captured her interest more than music, and when she returned to Sweden, she continued to study at the Royal Swedish Academy of Fine Arts in Stockholm in 1871–1878. Her teacher was the landscape painter Per Daniel Holm. She participated in the Academy’s exhibitions in 1875–1877 and when the 100th jubilee exhibition took place in Philadelphia in 1875, she and many other artists were invited to represent Sweden. She was only 22 years old, and was rewarded with a bronze medal.

Anna Gardell-Ericson was inspired by French outdoor painting and her watercolours have a romantic lustre with ethereal greenery and depth in the pictures. In Flicka i sommarlandskap, painted in Paris in 1881, the viewer can truly feel the softness of the high grass sweeping against the skirts and the scent of the trees’ white flowers. In Fransk parkscen, the young lady who is portrayed has a dreamy expression in her face as she sits close to the path with a book in her hand. Perhaps she has read a beautiful poem. Her foot in a blue shoe sticks out slightly coquettishly from under the hem of her dress.

In 1879–1883, Anna Gardell-Ericson studied in France for Alexandre-Louis Leloir and Ferdinand Heilbuth. She participated in the general Paris salon in 1882 with a total of seven watercolours. She enjoyed great success and several French art dealers paid attention to her paintings, among others Goupil & Cie. She was offered a contract by them of 1,000 francs a month for the right to sell her art. Goupil had branches abroad as well, where her watercolours were sold.

Anna Gardell-Ericson participated in 1883 in the Foreign Exhibition in Boston where she was awarded a medal and a diploma. She was also elected as a member of the English Dudley Gallery Art Society. She participated in exhibitions in Montreal, London, Munich and many other places. In Paris, she had met the artist Johan (John) Ericson who was one of the light and mood painters. Both were already established as painters, and they married in 1882. Two years later, there were rumours of a cholera epidemic, and the couple returned to Sweden and Gothenburg. There their first daughter Yvonne was born and some years later, they had two more daughters, Anna (Annie) and Marit.

John Ericson became a teacher of freehand drawing at the Chalmers technical college (now Chalmers Technical University or CTH). Anna Gardell-Ericson participated in the summer exhibition at Valand in 1887 with the watercolour Gata i Visby. Part of the old city wall stands like an exclamation mark behind the village street’s lower-standing cottages. The picture was purchased by the Gothenburg Art Museum. In 1889–1890, the couple were joint heads of the Gothenburg Musei Rit- och Målarskola (now Konsthögskolan Valand). Anna Gardell-Ericson continued to paint and was very productive, but not as well-known abroad.

She participated in numerous exhibitions with Swedish art societies like Sveriges allmänna konstförening and Föreningen Svenska Konstnärinnor. Her motifs were taken by preference from the park Slottsskogen in Gothenburg, from the west coast island of Marstrand, where she and John Ericson often spent their summers, from other places on the west coast and from Visby on the Baltic island of Gotland. In Motiv från Marstrand, the sea lies calm with two boats with red sails moored on one side of a long jetty. On the other side, a rowing boat is moored and the cloud-covered sky rears up in blue and grey nuances where the white light almost invisibly filters down towards the water.

In 1925, the Royal Swedish Academy of Fine Arts in Stockholm had a large exhibition of watercolours in which Anna Gardell-Ericson participated with several works. She had recently been widowed and moved from Gothenburg to Stockholm where her daughters lived. Two years later, in 1927, it was time for a separate exhibition at Gummeson’s konsthall in the capital. She showed English and Swedish motifs and the exhibition was visited by the then crown princess, Louise. The major daily newspaper Svenska Dagbladet signature Eveo wrote about her seashore and sea motifs that “the movement of the water and the changes in the clouds have sometimes been expressed with pure virtuosity”. When the Dutch princess Juliana was to marry in 1937, she was honoured with an album of which the first page was a watercolour. It had been painted by the then 83-year-old Anna Gardell-Ericson and showed Stora Harsprånget in Norrland. The same year, works by living and deceased artists from Gotland were shown in Gotlands fornsal, among them Anna Gardell-Ericson. She is represented in the Gotheburg Art Museum, the Gothenburg City Museum, the National Museum and Moderna Museet in Stockholm, Norrköpings Konstmuseum, Bohusläns Museum and several other museums around Sweden and abroad. 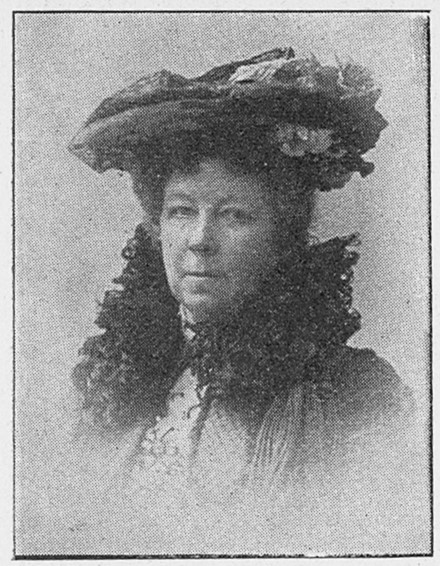