Lisbeth Palme was a child psychologist and an internationally renowned advocate of children’s rights.

Lisbeth Palme was born in 1931 in Stockholm. She came from an aristocratic family the other members of which were her mother Anna-Lisa Beck-Friis, her father Christian Beck-Friis and her elder brother Ebbe Beck-Friis.

In 1956, Lisbeth Beck-Friis married Olof Palme, who was to become Sweden’s prime minister in 1969—1976 and 1982—1986. They had three sons: Joakim, Mårten and Mattias. After the birth of their eldest son, the family moved in 1959 to a municipally owned town house in Vällingby Centre. The suburb of Vällingby was an expression of the vision of the light and airy Folkhemmet built for all classes with its mixture of architecture: high-rise blocks of flats on the outskirts, then three-story blocks of flats, and closest to the centre, town houses. Was Vällingby a conscious choice for the Palme family to feel in tune with the times? The author Kjell Östberg writes in his biography of Olof Palme that even if Vällingby was an outstanding suburb for a social-democratic career politician, the choice of home was rather the random result of a three-way sale.

Lisbeth Palme was early on attracted by the new behavioural sciences that appeared after the second world war, with their orientation towards sociology and pedagogy. She qualified as a child psychologist in the mid-1950s. In 1952, she practised at the children’s village Barnbyn Skå led by the legendary paediatrician Gustav Jonsson, who coined the concept “the social heritage” and pointed out that criminality and other social problems often had their roots in social outsiderhood passed on from generation to generation. It was quite simply a matter of class. Barnbyn Skå drew the cream of the leftist intellectuals in social work of the time, among them the sociologist Joakim Israel, the Norwegian psychoanalyst Nic Waal and the radical social physician Gunnar Inghe. Discussions about the cracks in welfare during the 1960s were strongly influenced by experiences from Barnbyn Skå.

Barnbyn Skå’s social orientation was to influence Lisbeth Palme’s professional life profoundly. She dedicated herself to preventative operations on Stockholm county council and thereafter in the Stockholm social administration and was one of those to take the initiative to creating a team of psychologists and social workers as a support for day-care personnel. As a psychologist in the day-care team Psykiska Barn- och Ungdomsvårdens barnstugeteam, Lisbeth Palme was responsible for the mental health of five thousand preschool children in western Stockholm. She thus became an important person in the group of radical psychologists who at that time were building up psychosocial welfare in children’s healthcare in Stockholm. Other names in the group were Lillian Gottfarb, Inga Gustafsson and Mirjam Israel.

Lisbeth Palme also joined the social democratic women’s club in Vällingby. There she got to know women from other backgrounds than her own. She wrote later that “rather cockily, I looked on women’s associations as being out-of-date, but soon realised that they filled an important role for driving development towards shared responsibility for children, home and providing for the family”. Her own situation as a mother of three did not however offer any possibility of shared responsibility with her husband for home and children in the 1960s. Kjell Östberg establishes that Olof was a very absent father. It was Lisbeth Palme who substantially “took responsibility for the home, cooked the food, fetched the children, did the laundry”. For Olof, there was continually work in the evenings, nights and weekends as the prime minister’s secretary. However, Lisbeth Palme set certain limits. Olof had to promise to take a holiday each summer with his sons in their leisure cottage on the remote Baltic island of Fårö. Another requirement was to keep the press away from the home and family. This breathing-hole was very much to her credit. One of Olof Palme’s press secretaries has also confirmed Lisbeth Palme’s scepticism against the mass media. In one of her few interviews, she explained that “Olof sees the value of cooperating with the press and I see the value of keeping one’s distance”. She was besides very little interested in the representative duties that the office of prime minister carried with it even for her. She did not want to “go to the penguins”, that is, attend official dressed-up dinners.

Did Lisbeth Palme play an indirect role in politics, or to put it succinctly: were politics created at the couple’s breakfast table? Kjell Östberg writes that she played an important role in certain issues, among others when the minister of family affairs Camilla Odhnoff made appointments to the day-care inquiry in 1968, the suggestions of which led to one of the most significant reforms of the 1970s. She also influenced the constitution of the inquiry, since she was of the opinion that the expansion of the day-care system was important both for the children’s needs of stimulation and also for the sake of equality. Her importance was also demonstrated when she was appointed as the international chairperson of UNICEF for a period. According to Östberg, her influence was considerable even in issues such as the gender roles discussion of the 1960s and the discussions about the six-hour working day law of the 1970s.

The murder of Olof Palme in 1986 caused Lisbeth Palme intense stress, not least because of the intrusive questions from the press. She was the main witness to the crime and pointed out Christer Pettersson at a witness confrontation. She is supposed on that occasion to have let fall the comment that one could see that Pettersson was an alcoholic. This was interpreted as her having been informed that the person under suspicion was an addict, which was considered to undermine the credibility of her testimony.

Lisbeth Palme was to figure in the media for the rest of her life, and her death raised a great deal of attention. After her death, Queen Silvia recalled a meeting at Drottningholm at which Lisbeth Palme had said something the queen would never forget: “the most beautiful convention in existence is that on children’s rights.” The former prime minister Göran Persson pointed out that Olof and Lisbeth Palme were a couple who in many ways dominated Sweden’s societal life and Swedish politics for many years.

Lisbeth Palme died in 2018 in Stockholm, at 87 years of age, after a period of illness. She lies buried beside her husband at the Adolf Fredrik Cemetery in Stockholm. 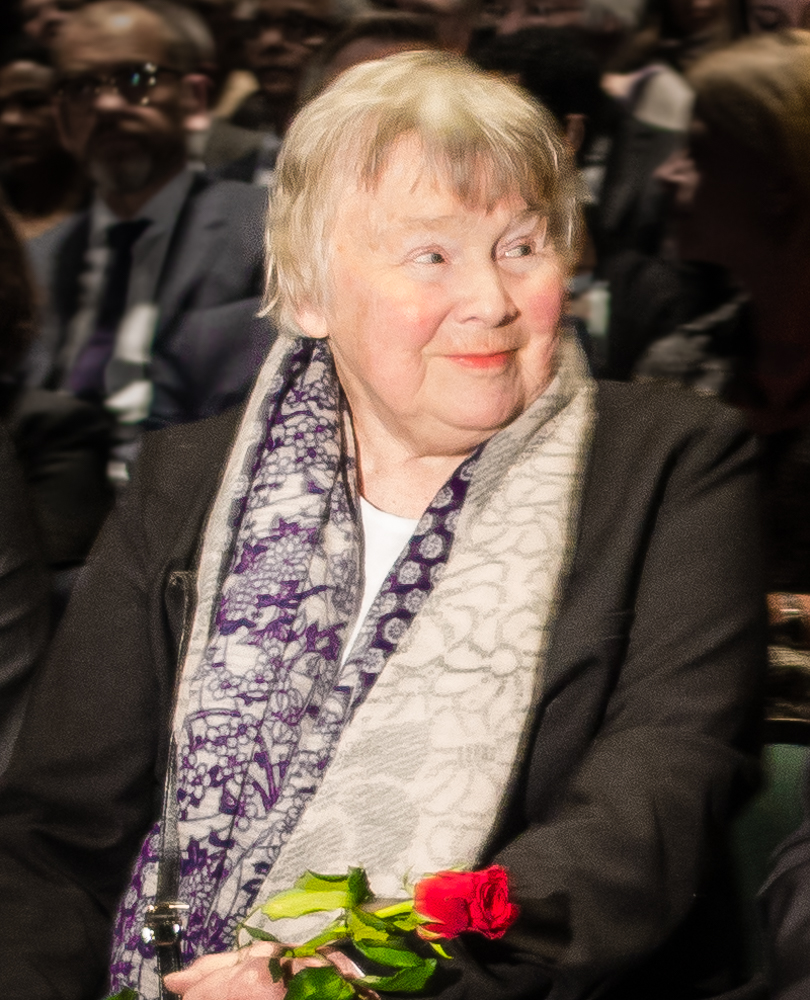