Anna Maria Lenngren was one of the most prominent authors of the Gustavian era. She was also one of the standard-bearers of the Swedish enlightenment.

Anna Maria Lenngren was born in Uppsala in 1754. Her father, Magnus Brynolf Malmstedt, was a docent of Latin at Uppsala University. He was talented in many ways, but because he was an enthusiastic Herrnhuter (Moravian) he was charged with heresy. Just before Anna Maria Lenngren was born he was deprived of his right to teach due to his beliefs and so his family became reliant on donations from other Herrnhuters in order to survive. It is believed that Anna Maria Lenngren’s bohemian home, which was largely open to anything, later made her seek a respectable and recluded lifestyle. It was, however, thanks to her father that she was given a thorough education and was able to study subject such as French, Latin, and Roman literature.

Anna Maria Lenngren composed panegyric poetry and translated operatic libretti as a teenager, thus already displaying her literary talents at a young age. She debuted in the early 1770s with occasional poetry that was published in the Gothenburg newspapers. In the autumn of 1774 she began to write for the Gothenburg newspaper Hwad Nytt? Hwad Nytt? This was when she discovered her own style as can be seen in the poems “La matinée de Clarisse”, 1774, and “Thé-conseilen”, 1775.

Anna Maria Lenngren translated her first opera, Lucile, with music by André Grétry and French text by Jean-François Marmontel, in 1776. This was the first opéra comique to be staged in Swedish and it is remarkable that aged only 22 Anna Maria Lenngren was given the responsibility of translating it by royal command. The acclaimed translation was performed at Kongl. Svenska Operan (the Royal Swedish Opera). It is also noteworthy that in the foreword to Lucile Anna Maria Lenngren expressed explicit views on women’s rights to literary work. She would subsequently become much more cautious in her statements.

In the autumn of 1780 Anna Maria Lenngren married Carl Peter Lenngren who was a functionary at Kommerskollegium (precursor to the Board of Trade) and editor of Stockholms Posten. Through her husband she was also connected to the newspaper, for which she supplied anonymous contributions of lyrical poetry and prose. The same year that the couple got married Carl Peter Lenngren and Johan Henrik Kellgren also took over running the newspaper, and in 1790 they opened their own publishing house.

Anna Maria Lenngren further developed as an author throughout the 1790s and her creativity can be said to have reached its zenith during the period of 1795-1797. One reason for this was that Kellgren died in 1795, and Stockholms Posten’s leading poet Frans Michael Franzén left the newspaper for a lengthy period. Anna Maria Lenngren then took over his duties and was able to mature as a writer. During this period she not only wrote the well-loved and frequently cited poem “Pojkarne”, 1797, which portrays the idyll of childhood, but other poems as well. Kellgren’s death also meant that things improved financially for the Lenngrens and that they were able to host the most important of their culturally active contemporaries in the “Lenngren salon”.

In 1797 Anna Maria Lenngren received unwelcome attention from the well-meaning Count Gustaf Fredrik Gyllenborg of the Swedish Academy, and it was confirmed that she was the person who had been Stockholms Posten’s main poet since Kellgren’s death. Gyllenborg picked an unwise moment for his revelation. Due to the dominant political climate Anna Maria Lenngren’s sharp satires of the nobility did not find favour and this placed the future of the whole newspaper in jeopardy. Many believed that she had no option but to withdraw from publishing, which she did with the poem “Dröm”, which emphasised her own humility.

The poem “Några ord till min k. dotter, i fall jag hade någon”, 1798, can be interpreted in the same context. In the poem a middle-class woman gives her fictitious daughter some life advice, including: “Don’t waste time on reading - / Our sex has little use for it”. The poem has baffled readers for over 200 years. Researchers and readers have debated Anna Maria Lenngren’s statement on women’s relationship to reading ever since the poem was first published. Some people believe that the poem is an expression of Anna Maria Lenngren’s own opinions whilst others perceive her to be explicitly ironic. In recent years the concept of role poetry has been discussed in relation to the poem, and it has been claimed that the female narrator of Anna Maria Lenngren’s poem should be seen as a fictitious character who represents opinions and attitudes typical of middle-class women at the time – and not as an expression of Anna Maria Lenngren’s own views, neither at a literal nor at an ironic level.

The same year that “Några ord till min k. dotter” was published Anna Maria Lenngren began to create an inventory of her poems to be included in a publication of her collected works, which was only to be released posthumously. After she had died of breast cancer her husband did publish a collection entitled Skalde-försök af Anna Maria Lenngren, 1819. Carl Peter Lenngren has been criticised for his choice of title (“poetry attempts by Anna Maria Lenngren”) as well as for his ordering and selection of poems. They do not conform to the order and selection which the author herself had envisioned. It has also been pointed out that, amongst other things, the placement of “Några ord till min k. dotter” at the very beginning of the collection has influenced the meaning which interpreters would have awarded the poem. 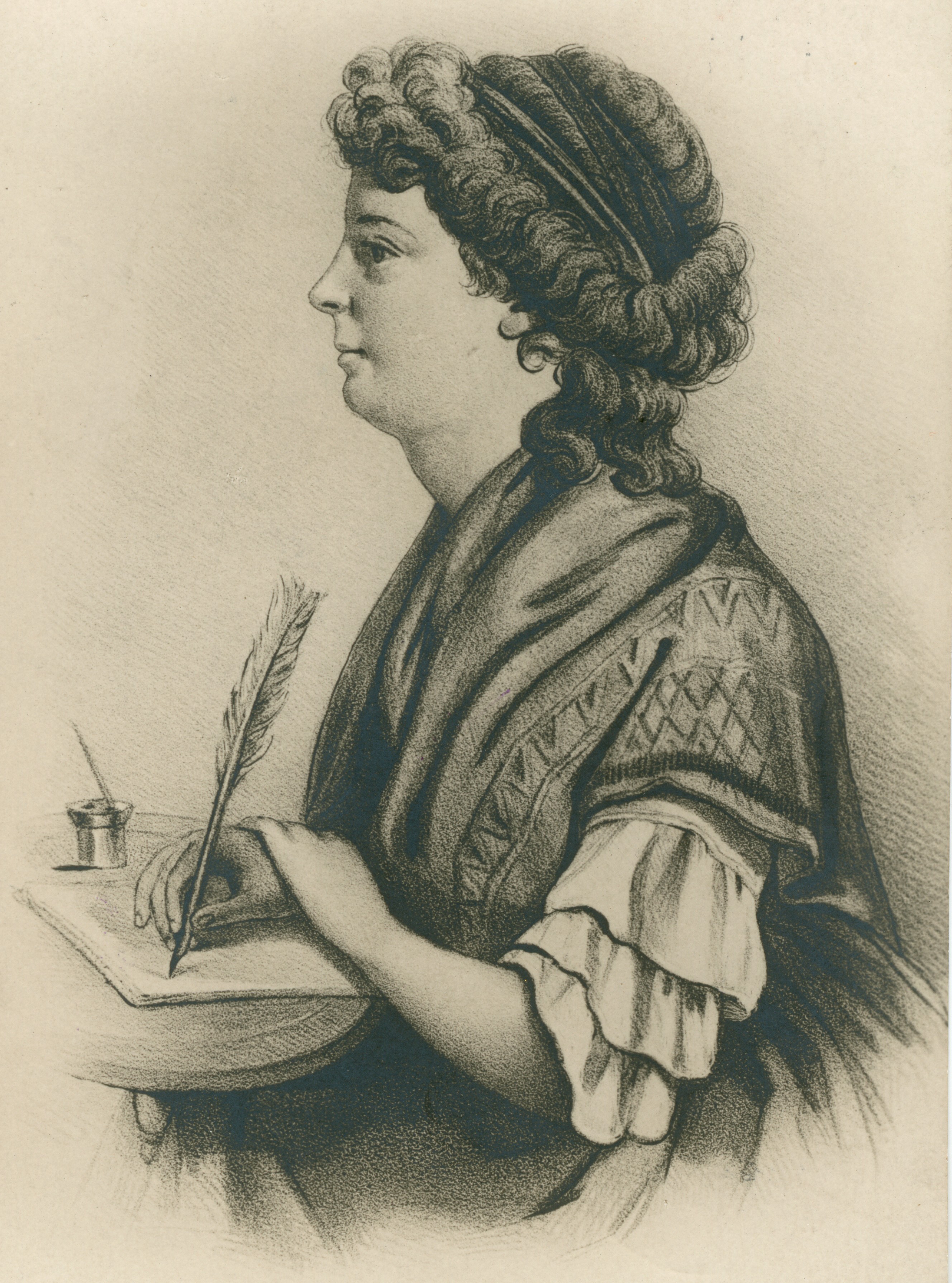