Anna Myrberg was a Swedish ballad composer and a writer of causerie-style columns who published and performed using the pseudonym of Svarta masken.

Anna Myrberg was born in Norberg in 1878. She grew up in Värmland, and she and her mother moved to Stockholm in 1901. As a trained photoengraver and image improver she initially worked as a stereotypist for Stockholms-Tidningen and Svenska Dagbladet; however, from the 1920s onwards, she earned her living by writing and entertaining, right up to her death.

Anna Myrberg chose the pseudonym of Svarta masken (the Black mask) herself. She became best known for her so-called ‘dårdikter’ (humorous poetry) which she regularly performed at various entertainment establishments. The poems, which took the form of a unique combination of word-play and robust folk humour, and frequently referenced the Konradsberg asylum, were a hit with her very enthusiastic audiences. She would perform before full salons at “Hundraelvan”, later Nya teatern (the new theatre), as well as at Viktoriasalen and at Klara Folkets hus. Anna Myrberg had a very charismatic personality, although it was said that privately she was very timid and shy. She dyed her hair, even when not performing, wore heavy makeup, and was entirely clad in black. She had a hunchback and a lame leg; both elements made her an instantly recognisable personality in Stockholm.

Anna Myrberg published Svarta maskens dårdikter, from 1919, Nya dårdikter, from 1924, and Det förhäxade paradiset och andra dårdikter, in 1930, all using the pseudonym of Svarta masken. In 1923 she published Svarta maskens humoresker. That year she also released Svärjes historia: upptekknad i kårta drag av södergrabben Ville Andeson which was written in Stockholm dialect, and Ville Andeson blir pracktisk, written in a style which imitated how the kids on the street spoke to each other. Svärjes historia includes a series of stories about different historical figures. The background to the book is presented as the fact that Ville Andeson was so often late for school that his teachers set him the task of writing down everything he knew about the kings and queens of Sweden. These books were later adapted for the big screen and in 1929 the film Ville Andesons äventyr was released. In contrast, the collection of poetry, entitled Dikter, which Anna Myrberg published under her own name in 1924 only generated a lukewarm response.

Anna Myrberg submitted poetry verses and causerie-style columns to Stockholms-Tidningen and to the comic Kasper. However, the very musical Svarta masken also frequently submitted song verses. Lördagsvalsen, Bröllopet i Flänga, Avestaforsens brus, and Livet i Finnskogarna were popular hits for which she had written the texts. She wrote for peasant comedians and cabaret show artists and she also wrote for Ernst Rolf, who sang her song Har ni eran julgran kvar?. Her gramophone recordings included her causerie-style piece called Rödspottan in 1925. She also performed her own sketches along with the likes of Axel Hultman and Thor Modéen in 1926.

Many people have had the honour of using the phrase “hur långt jag spötter så spötter ja på mina fötter” (no matter how forcefully I spit I end up spitting on my own feet), which was revived in Tage Danielsson’s 88-öresrevyn. Svarta masken was the originator of the saying as in Sorgens klagolåt she wrote: “I bröstet dä’ känns så könstigt å trångt å värst ä dä’ när jag spötter – för om jag än spötter allri så långt jag spötter på mina fötter” (I have a strange constricted feeling in my chest and it only gets worse when I spit – for no matter how far I spit I always end up spitting on my own feet).

Anna Myrberg not only had to provide for herself but also for her mother. Following her mother’s death in 1912 Anna Myrberg lived at Västmannagatan in Stockholm until her own death in 1931, aged 53. 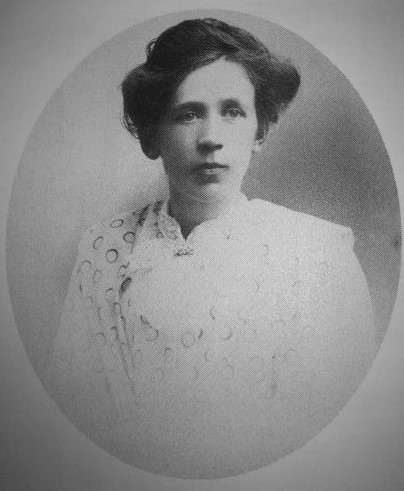