Anna Sahlström was an artist from Värmland who created paintings and graphic art. She was an active member of the association Föreningen Original-Träsnitt, which provided an early network for Swedish artists.

Anna Sahlström was born in 1876. She grew up on a large farm in Utterbyn outside of Fryksände, now Torsby. Her father was a forester and a timber-mill owner who also served as a liberal party parliamentarian for three terms. He opposed the idea that the Sahlström siblings should be given an artistic education, but despite this three of the eight children — including Anna Sahlström — went on to be active within the spheres of art and design. Bror Sahlström trained as a furniture maker, handicrafter, and sculptor. The sister Ida Nilsson, through her own enterprise as well as through the educational efforts of Värmländska Hushållningssällskapet and Svenska Slöjdföreningen, became a skilled pattern designer as well as weaver of materials, curtains, rugs, and tapestries. Anna Sahlström had been somewhat free to spend time painting as a child — probably because people viewed her as a delicate child due to the rheumatic pains she suffered. She was also allowed to attend the girls’ school in Karlstad after having attended the local rural school for a few years, but then her formal education came to a stop. In 1892 she complained about not being allowed to go to art school. In the meantime, Bror Sahlström became acquainted with many artistically active people and arranged for his family to meet them too. Carl Wilhelmsson lived at the Sahlström farm over the summers of 1900 and 1902, durting which he painted Lördagsafton, portraying the Sahlström sisters dressed in local costume on their way to a dance, and Junikväll, depicting violin-playing boys beside the fence. He also painted Anna Sahlström as Gårdens dotter, in a black dress and with finely combed hair. She herself painted enthusiastically during those summers, including a portrait of Wilhelmsson. The two painters’ interaction proved inspirational for Anna Sahlström’s plans to become an artist.

In the summer of 1904 the artist Richard Bergh and his wife Gerda were at the Segerfors works manor outside of Arvika, not far from lake Racken and Rackstadkolonin where Bror Sahlström was living at the time. It was through a combination of Bror’s contacts and meeting Gerda Bergh in Arvika that Anna Sahlström was invited to begin painting classes with Richard Bergh at the school of the artists’ association known as Konstnärsförbundet. Her father finally gave in to her demands and she was allowed to begin attending the school in 1905. She was then aged 29. Her fellow classmates included Elsa Giöbel-Oyler, Jane Gumpert, Eva Jancke-Björk, Brita Lagerstöm-Hald, Brita Liljefors-Haquinius, Berta Strömberg, Milly Slöör, Tor Bjurström, Isaac Grünewald, Einar Jolin, Einar Nerman, Gösta Sandels, Birger Simonsson, Sigfrid Ullman and fellow Värmlanders Erik Rafael-Rådberg and Per Tellander.

Karl Nordström, who was one of Anna Sahlström’s teachers at the school, encouraged her enthusiastically and suggested that she should focus more on woodcuts wherein he believed the future lay. He advised her to study Japanese woodblock prints. She also studied woodcuts with Tekla Nordström, who had many years of professional experience in the field, and in 1908 Anna Sahlström presented twelve woodcuts in her first exhibition. This show also included work by Milly Slöör, Einar Nerman, and Per Tellander alongside Anna Sahlström’s and it was held at premises on Mäster Samuelsgatan in Stockholm. During the 1907—1908 period Anna Sahlström studied painting with Karl Nordström, having previously studied with Richard Berg and Aron Gerle. For the rest of her life Anna Sahlström dedicated herself equally to painting and woodcuts. Many of her paintings comprised landscapes but the majority were portraits, often of local celebrities from her Värmland hometown. Although she also produced portraits in woodcut, it was mainly landscapes she created, such as Myr, from 1910, Skära hafre, from 1912, Fårklippning, from 1915, and Regnet hotar, from 1930.

During the winter of 1909—1910, following Einar Nernman’s keen encouragement, Anna Sahlström travelled to Paris. He had written to her about how many of their companions, such as Milly Slöör, Birger Simonson, Isaac Grünewald, Tor Bjurström, Leander Engström, and Einar Jolin were there. Maj Bring also encouraged Anna Sahlström to come to Paris and in her memoires she reveals how Anna Sahlström’s studio became a gathering place for artists, including Mollie Faustman, Einar, and Ture Nerman as well as the landscape painter William Nording. It remains unclear whether Anna Sahlström attended any particular art school as several of her friends did. As she did not speak French she may have found herself struggling with the language. She did, however, see a lot of art, including works by Paul Cézanne and Henri Matisse, and she visited artists in their studios. In the spring of 1910 Carl Wilhelmsson came to Paris to paint with Bring, Faustman, and Anna Sahlström at her studio. She also met Ivan Aguéli. Anna Sahlström’s second trip abroad occurred during the winter of 1924—1925, in the company of Nanna Johansen, and this time they went to Rome.

Anna Sahlström displayed her woodcuts at an exhibition in Gothenburg, along with some of Wilhelmsson’s students, in the autumn of 1911. The following year she held a solo exhibition at the Hallin art shop in Stockholm which included woodcuts. From December 1911 until January 1912 she was involved in a major exhibition by Grafiska Sällskapet at the Royal Swedish Academy of Fine Arts, where she displayed three black and white woodcuts, Järnäsviken, Myr, and Månskensstämning. She was beginning to win recognition as an artist and was holding displays in the bigger cities, where there were several exhibition premises and active art scenes. She never settled in any of those places, however, and moved back to Utterbyn where Bror Sahlström helped her to build her own studio. Financially speaking Anna Sahlström was fairly comfortable. When her father died in 1917 she inherited a fair deal of money from him. The Sahlström siblings also carried on working the land which meant that they continued to get revenue from it. Ingeborg, Otto, and Anna Sahlström stayed on at the family farm along with a number of servants.

Anna Sahlström gained a reputation as a portrayer of rural life — a way of life and an environment which more and more people were leaving behind as modernisation took hold in the early 1900s. At the same time this rural existence was being lauded and emphasised as authentic culture which formed part of a primitivistic stream of thought. Anna Sahlström’s form of art was relatively abstract in expression, using stylised approaches to size and decoration, where her role models were Paul Gauguin and Wassily Kandinsky.

Anna Sahlström maintained her contact with her artist friends through correspondence, travelling and visiting them. At the farm she took in female artists who needed to spend time in the countryside with their children during the summer, such as Siri Derkert. Anna Sahlström’s membership of Föreningen Original-Träsnitt from 1912 onwards also played a role in her connection to both domestic and international art life. Her options for exhibiting her work particularly increased through the association, not only because she was informed about various exhibitions but also because she gained practical help from central figures within the association, such as Harriet Sundström and Arthur Sahlén, with regard to shipping her work to various exhibition organisers.

Over the years Anna Sahlström displayed her art at many graphic art exhibitions under the aegis of Föreningen Original-Träsnitt, both within Sweden and abroad. She also exhibited her paintings, including at the much vaunted April 1921 exhibition in Stockholm where she and Sigrid Hjertén, were subject to negative predispositions male reviewers had towards female artists. She also exhibited various types of images along with her friends from the school of Konstnärsförbundet, including Eva Jancke-Björk in Gothenburg in 1926 and Jane Gumpert in Stockholm in 1930. She also became involved in Värmland’s regional art life which started flourishing around 1920. On several occasions during the 1920—1940 period she displayed her works in Karlstad, where Värmlands Museum was inaugurated in 1929. Three years after her death an exhibition was held in her memory in Karlstad, displaying her paintings and woodcuts. Her woodcuts can now be seen at Nationalmuseum in Stockholm, which holds around 15 variously themed works by her, at the Albertina in Vienna, and at museums in Brussels and Chicago. Her paintings and woodcuts can also be seen at Värmlands Museum and at the Sahlström farm in Utterbyn, Torsby.

Anna Sahlström died in 1956, aged 80. She is buried in Fryksände Cemetery. 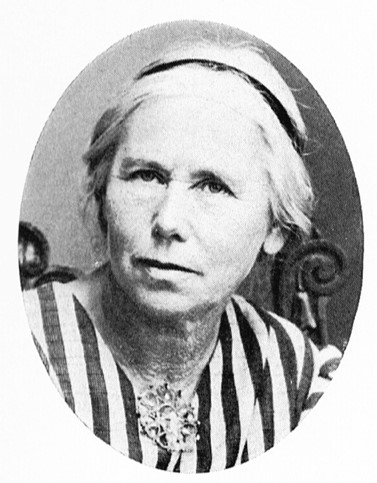