Annalisa Ericson was a much loved Swedish screen and stage actor who was active over many decades. Her greatest successes largely occurred during the 1940s and 1950s.

Annalisa Ericson was the daughter of army musician Gusten Ericson and his wife Annie. She was born at Djurgården in Stockholm in 1913. She was mainly brought up on Östermalm, where she lived with her parents and her older sister.

Annalisa Ericson began her lengthy career as a performing artist in 1919 when she was 16 years old. She began attending the Opera Balettelevskola (ballet school) and was quickly given walk-on parts, which gradually became full children’s roles. When, about 10 years later, she was dismissed as a dancer at the Opera she moved into revue-shows, working with Karl Gerhard and Ernst Rolf, amongst others. She had already made her debut with Ernst Rolf in 1920 in the revue show called Kvinnan du gav mig, in a number about soap-bubbles where the song text included “When I blow gentle bubbles…”. Annalisa Ericson continued dancing as part of her revue-show work but her ambitions to act soon took precedence and she applied to the Dramaten theatre students’ school, but was rejected. Instead she began to work at the Oscar theatre, which at that time was under the Brunius-Ekman management and also offered acting coaching. It was at that theatre that Annalisa Ericson made her stage debut as an actor in the 1931 playing the title role in Peter Pan. She also performed at other theatres and in 1933 she appeared in the revue show called Ett leende år at the Södra theatre, acting opposite the likes of Thor Modéen and Sickan Carlsson.

Like many other young actors Annalisa Ericson also turned toward the big screen and applied to join the Svensk Filmindustri register of extras. She got a few bit parts before she, in 1932, got her breakthrough role as Anna in Gustaf Edgren’s film adaptation of the colloquial folk play Värmlänningar. Despite her success in the role and the favourable reviews she received from film critics she continued to be offered minor roles throughout the rest of the 1930s. Everything changed in the 1940s. She continued alternating between film, theatre, and revue-show work for many years, completing 50 screen roles between the 1930s and the year 2000. These included Kyss henne in 1940, En trallanda jänta in 1943, Idel ädel adel in 1945, Sommarlek in 1951, and the 1954 Knäppupp parody of rural films, I rök och dans. She was very versatile and could act in serious roles. She appeared in three of Arne Mattsson’s Hillman films, playing the role of quick-witted Kajsa, who was married to detective John Hillman, acted by Karl-Arne Holmsten. Together they solved murder mysteries in films such as Damen i svart and Mannekäng i rött, both from 1958. Annalisa Ericson’s last screen role was in Lena Söderblom’s short Annalisa och Sven, from 2004, in which she and Sven Lindberg presented a new take on Romeo and Juliet as an elderly couple.

Some of Annalisa Ericson’s most notable stage performances include the role of Nanette in Gustaf Wally’s adaptation of Lajos Lajtai’s 1941 operetta Blåjackor (filmed in 1945), in which her dance partner was Nils Poppe, as well as the role of Ellie May in Teaterbåten from 1942. Both of these were productions at the Oscar theatre. She also successfully portrayed Sally in Lorden från gränden at the Södra theatre in 1947. This became a major success and was adapted for the big screen in 1949 as Greven från gränden, in which Annalisa Ericson and Nils Poppe reprised their roles. Behärska dig kvinna, which was performed at the China theatre in 1946, was turned into a film called Tappa inte sugen in 1947, and in it Annalisa Ericson and Poppe dance wearing morning coats and holding canes in what has since become a classic number. In 1951 Annalisa Ericson also played the role of Bianca in Kiss me Kate at the Oscar theatre. Annalisa Ericson and Nils Poppe became a very successful dance- and show-couple, both on the big screen and on the stage, and their acrobatic-style dances were often choreographed by Albert Gaubier. The couple became a sort of Swedish version of Ginger Rogers and Fred Astaire.

Annalisa Ericson also acted in a series of revue shows at the Blanche theatre and at the Folk theatre in Stockholm. She appeared annually in Kar de Mumma revue-shows from 1949 and for the ensuing 10 years. She then acted at the Scala theatre in the early 1960s, and was subsequently hired by the Riks theatre and toured throughout Sweden, performing in comedies and operettas from 1964-1976, including with Lasse Lönndahl in the play Kung för en natt, in 1971, which became one of her greatest public successes. Annalisa Ericson was also strongly linked to the revue-song ‘Den saltaste bönan i stan’, from the 1956 Kar de Mumma revue-show Vi roar oss kungligt. This tune became somewhat of a trademark song for her. Annalisa Ericson also recorded other popular revue and film hits, such as ‘Vi har så mycket att säga varandra’, and ‘Du har världens vackraste ögon’. Annalisa Ericson also performed for the radio theatre and in the first regular tv-programme in Sweden, called En skål för televisionen, from 1954. Later she did more tv work, including presenting the talent show called Seniorchansen alongside Sickan Carlsson, whom she worked with in the 1990s.

Annalisa Ericson received several awards throughout the years, such as the Svenska Dagbladet Poppepris and the St Erik medal, from Stockholm city. She became the first recipient of the Karl Gerhard honorary prize in 1962. She was awarded the royal medal of the eighth degree in 1988. She got the Revyräv in 1990 and in 2001 she received the Hedersguldbagge in recognition of her contributions to Swedish film. In 2006 Annalisa Ericson founded the Annalisa Ericson prize for female artists who had made substantial contributions to the world of song, dance, and theatre. According to Annalisa Ericson herself: “What matters is discipline. No actor dares to waste the opportunity to put their whole soul into a role.”

Annalisa Ericson enjoyed a nearly 80-year long career as an artist, during which she was a beloved dancer, actress, primadonna of the operetta, and revue-show performer. She summarised all these experiences in two memoirs, Mina sju liv, from 1982, and Lätta bubblor, from 1998. She married three times: initially to the landowner’s son Gunnar Wijkström, secondly to Lieutenant Uno von Segebaden, and finally to the film critic Jurgen Schildt. Her third marriage lasted until Schildt’s death, in 1990. She had a son, Claes, in her second marriage.

Annalisa Ericson died in Stockholm in 2011. Her grave is at the Engelbrekt church Columbarium. 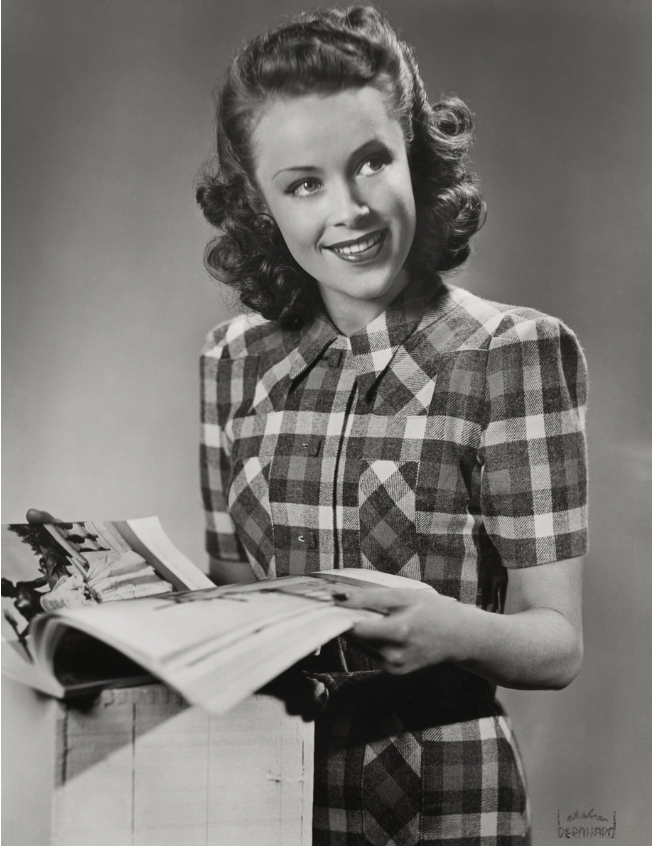