Annie Bergman was a painter, drawer, graphic artist, illustrator, and author of children’s books. She was active for much of the twentieth century.

Annie Bergman was born in Liège in 1889. Her father, William Bergman, was a serving lieutenant in the artillery there and was engaged in weapons production during the 1889—1894 period. Following a brief stint in Paris the family moved to Stockholm, where William Bergman had grown up. Annie Bergman’s mother was called Ingeborg Billquist and hailed from Gothenburg. She was artistically inclined and would paint, sometimes on porcelain. Annie Bergman’s father was also interested in art and both of her parents supported her choice to become an artist.

After graduating from school in Stockholm in 1907 Annie Bergman attended a preparatory art course at Tekniska skolan (now Konstfack or University of Arts, Crafts and Design) and at Caleb Althin’s school of painting. In the autumn of 1908 she was accepted as an applicant at the Royal Swedish Academy of Fine Arts, where she spent four years as a pupil. At the Academy she studied figure drawing with Axel Jungstedt and painting with Oskar Björk. In the Academy’s school of etching she also learned how to make graphic art with Axel Tallberg, with her preferred medium being aquatint and etched landscapes. Her female fellow students included Elsa Björkman-Goldschmidt, Siri Derkert, Harriet Löwenhjelm, Ragnhild Nordensten, Gerda Nordling, and Elvi Tondén. In 1917 Annie Bergman stopped producing copper engravings and instead began to print woodcuts.

Upon completing her time at the Academy Annie Bergman travelled to Italy in 1913. She went via Germany, stopping in Berlin, Dresden, Nürnberg, and Münich, studying the art in the museums. She remained in Italy for a year, visiting Florence, Sienna, Rome, Naples and many other smaller places. She was fascinated by streetlife, the landscape, and the villages, and later this found expression in her woodcuts, such as Pratande gummor, Firenze, from 1916. Annie Bergman continued on to Paris in the spring of 1914, visiting museums and attending classes at Académie de la Grand Chaumière. On the outbreak of the First World War in 1914 she then travelled home to Sweden where she remained until the opportunity of a three-month trip to Spain arose in 1921.

Annie Bergman primarily focused on graphic art. In her early woodcuts she mainly used black contour lines and black spaces against a white background, without expansive gradations, often comprising whole-bodied human figures and frequently decorated in a stylised manner. She gradually began to produce colour woodcuts and these were dominated by flower motifs. Just before Christmas 1929 Annie Bergman began what she came to call the “card factory”. She cut pieces of linoleum into small Christmas and congratulations cards which were printed using a spoon on thin paper and then mounted on double-thick cardboard. She eventually came to own her own printing press. Her cards were sold at art- and paper shops nationwide. Her modest enterprise gradually developed into a major production of exquisite images of flowers, both woodcuts and linocuts, including larger sizes and printed in limited editions. These were simultaneously decorative and representative, with a touch of elegance lifted from Japanese colour woodcuts, clearly represented in Mimosa, from 1936, and Slån, from 1956. Her images were printed in journals such as Grafiknytt and The Studio and were also published as graphic art folders by Föreningen för Grafisk Konst. Five of her pictures of flowers also served as models for the series of stamps called Nordiska vildblommor, in 1968.

Annie Bergman did not gave up painting entirely. She was happy to paint portraits, particularly children’s portraits, as well as landscapes and still lifes with flowers. She would make drawings as studies for her paintings and graphic and illustrative art. She supplied illustrations for articles in newspapers, journals, and books, and often produced pictures for children, including for the series called Barnbiblioteket Saga. She also wrote her own children’s books, which she illustrated herself and which were published through various publishing houses. These include Dalhästen, first released in 1923, Sagan om jätten och barnen, published in 1924, Sagan om kattungen som kom bort, from 1933, and Kasper Kul och andra äldre och nyare sagor på vers och prosa, published in 1942. This output resulted from her love of telling stories, especially to her nieces and nephews. Annie Bergman had no children of her own and she never married.

During the 1920s and 1930s Annie Bergman also illustrated Stockholm’s theatre life, initially for theatrical reviews in Bonniers veckotidning and subsequently for Svenska Dagbladet. These tended to be character portraits, such as Gösta Ekman playing Hamlet and Anders de Wahl playing Erik XIV. These theatre images were sometimes produced as woodcuts, such as the one of Ingolf Schanche playing Hamlet.

During her extended period of artistic output Annie Bergman often exhibited her work, including solo exhibitions in Stockholm in 1925, 1927 and 1941. She also contributed to group displays of graphic art in Sweden and abroad. Her work can also be found in Nationalmuseum in Stockholm, the Albertina museum in Vienna, Musée des Arts Décoratifs in Paris, and Centre de la gravure et de l’image imprimée in Brussels.

Annie Bergman was an active member of artists associations such as Föreningen Original-Träsnitt, Föreningen Svenska Konstnärinnor, Svenska Konstnärernas Förening, and Grafiska Sällskapet, for which she served on the board from 1933-1965. She was also an active member of Sällskapet Nya Idun serving as the society’s archivist, on its art committee, and as the author of humorous songs and sketches.

Annie Bergman willed some of her wealth to Grafiska Sällskapet, who today award the Annie Bergman stipend to graphic artists who work in wood. Following Annie Bergman’s death 85 of her drawings and sketches, along with around one hundred of her printed cards, were donated to the National Library of Sweden, which now houses a special Annie Bergman collection.

Annie Bergman was active until late on in her life. She died in 1987, aged 97. She is buried in Solna Cemetery. 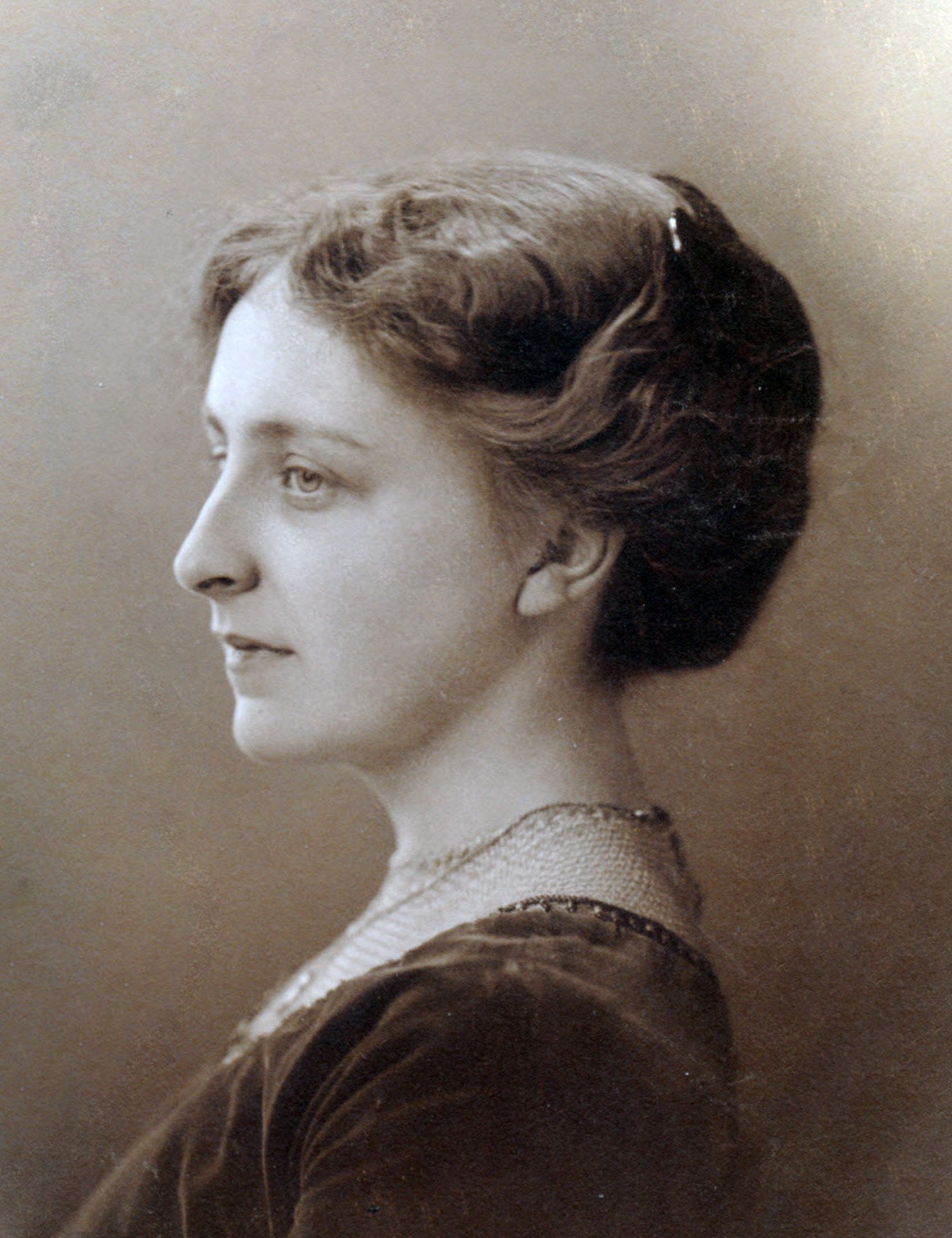