Thérèse Elfforss was a successful theatre director with her own travelling company in the 1870s.

Thérèse Elfforss was born in 1823 in Stockholm, the daughter of Anders Öberg, a manufacturer, and Maria, née Kannström. At an early age, she became a pupil at the Kungliga Teatern Ballet School (now Kungliga Svenska balettskolan) in Stockholm, where she distinguished herself and was allowed to stand in the front row when the pupils participated in performances. However, after only one year, she started studying to be an actress at the Kungliga Teatern (now Kungliga Operan) and was seen as a hope for the future. She was soon engaged by Captain Anders Lindeberg who had broken the theatre monopoly and opened a competing theatre in Stockholm, at Kungsträdgården. She remained there for four years.

Thérèse Elfforss first awoke attention in Mormors dagbok in 1843, soon a favourite with audiences. One of the actors at the theatre, Lars Erik Elfforss, decided in 1844 to start a travelling theatre company, which she joined in Härnösand in the summer of 1846. After a difficult start, the company succeeded in acquiring a good reputation. One year after joining, Thérèse Elfforss married the theatre director. She bore their son the same year, though still continuing as an actress in the company. She played among other things in Frans Hedberg’s Kung Märta and Albert Emil Brachvogel’s Narcisse Rameau. Her acting style lifted the quality of the company and Thérèse Elfforss was given the epithet “the Hwasser of the provinces”, thereby being compared to the greatest actress of the times, Elise Hwasser.

During her husband’s illness and after his death in 1869, Thérèse Elfforss took over the directorship of the company. She developed the troupe by introducing new young actors and actresses who better corresponded to the new demands of the times, in which sentimental melodramas had been replaced by realism. She also started touring in Finland, and in 1869 the actor August Lindberg, then engaged at Svenska Teatern in Helsingfors, decided to accompany the troupe back to Stockholm. Many of the young actors and actresses whom she had engaged later came to be employed by Albert Ranft’s theatre empire.

During the 1870s, the whole company was judged to be one of the foremost. Thérèse Elfforss’ economic enterprise, feeling for what suited the times and nose for finding the right actors, actresses and plays had led to success. One early success was a French dramatisation of Jules Verne’s Round the World in 80 Days for which she ensured that special décor with moving skies was created, which was especially noted by the critics. She was also early in performing Ibsen, whose Kämparne på Helgeland had its premiere in Norrköping only three months after the premiere in Stockholm. The economic result enabled her to give August Lindberg a travelling grant for theatre studies in Paris.

Thérèse Elfforss chose to remain for a longer period than usual in each venue with a broad repertoire that could capture the interest of the audiences. She was also careful to keep her actors and actresses and in that way build up a sense of ensemble with a close relationship to the audience. Even though she had to compete with the Stockholm theatres for plays and to order her own translations, she chose never to perform in the capital. In 1882, August Lindberg temporarily took over the directorship of the company, but Thérèse Elfforss returned in 1888 and remained until the company was disbanded in 1892. After that she returned to the stage for only a few guest performances.

Thérèse Elfforss was one of those who developed the theatre in Sweden and brought up a young generation of actors and actresses with a realistic style of acting. 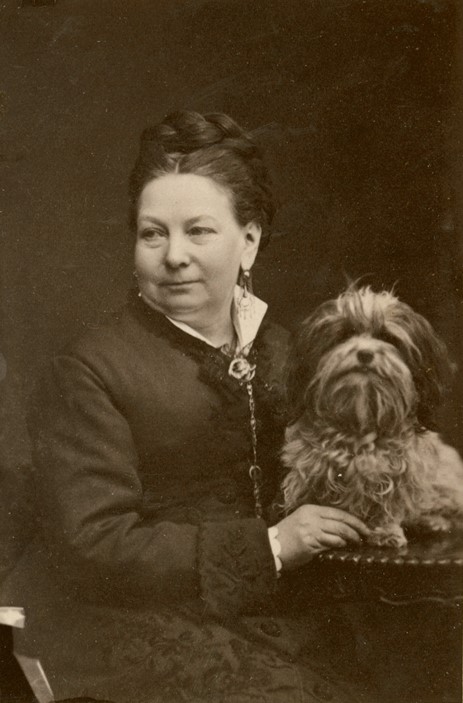