Astrid Berwald was a pianist, a piano-teacher, and a member of the Royal Swedish Academy of Music.

Astrid Berwald was born in 1886. She was the youngest daughter in a family of four children born to the composer and engineer Hjalmar Berwald — himself the son of the composer Franz Berwald —and his wife Thora Berwald. Astrid Berwald studied at Richard Andersson’s school of music from 1895 to 1908, apart from a couple of years during which she studied counterpoint with Ernst Ellberg at the conservatoire of the Royal Swedish Academy of Music (now the Royal College of Music). Following the completion of her studies Ellberg was tasked by Berwaldstiftelsen in 1909 with reconstructing Franz Berwald’s lost score for the Sinfonie Capricieuse using the surviving partial score, or the four-part draft, as the foundation piece. Astrid Berwald made her official debut by performing a concert in Gothenburg in 1907 and then began her career as a pianist. She undertook two study trips to Berlin. The first was from 1908 to 1911 during which she studied piano with Ernst von Dohnány and music theory with Paul Juon — both of these were at Hochschule für Musik (now the Universität der Künste Berlin, UdK). During her second trip, from 1920 to 1921, she studied piano with Georg Bertram at Sternsches Konservatorium.

Astrid Berwald was the only one of Franz Berwald’s grandchildren who devoted herself to music. Although she never became — and perhaps never wanted to become — a piano-teacher at the Royal College of Music, she remained loyal to her first piano-teacher, Richard Andersson, and his music school, located at Brunnsgatan 28, where she taught for over fifty years. This resulted in her concert-playing becoming quite limited. She would sometimes accompany singers during their recitals and appear on the radio, other times she would perform as a chamber musician, primarily as part of the Berwald trio. The trio formed in 1936 and folded in 1962, by which time Astrid Berwald had long since performing as a soloist. The other two members of the trio were the violinist Lottie Andreason and the cellist Carin de Frumerie-Luthander. They generally always included one of Astrid Berwald’s grandfather’s five piano pieces for trios in their concert programmes.

Astrid Berwald’s first official performance probably occurred in connection with Richard Anderson’s sonata evening at the Royal Swedish Academy of Sciences auditorium on 29 April 1904. According to Eugène Fahlstedt, reviewer for the newspaper Svenska Dagbladet “the very young girl, said to be the granddaughter of Franz Berwald himself showed beautiful promise in her performances of Kuhnau’s and Emanuel Bach’s sonatas”. Astrid Berwald’s first solo concert with an orchestra occurred in the company of her friends from Richard Andersson’s school in an annual show held at the Royal Swedish Academy for Music auditorium. Astrid Berwald impressed the audience at the student concert held on 11 April 1906 by completely and “with a disciplined feeling in the phrasing, no small sense of imagination and a beautiful touch”, playing both Chopin’s E-minor concerto op.11 and Rachmaninov’s second concerto in C-minor.

Astrid Berwald also presented a musical premiere at the student concert on 27 April 1908: her grandfather’s forgotten piano concerto, performed in between Sergei Lyapunov’s first piano concerto and Weber’s concert piece. She probably was the soloist in the concluding piece: the grand and difficult D-flat major concerto by Christian Sinding. The first performance of the original Berwald concerto had Tor Aulin as the conductor, and Astrid Berwald later performed the piece with other conductors including Vaclav Talich in 1926 and 1932, Carl von Garguly, at a concert and on the radio in 1942, and Tor Mann, in 1946 and 1948. She also played Wilhelm Stenhammar’s second piano concerto as part of her repertoire in 1924, 1931, and in 1934, along with Mozart nr 20 in 1915, and Beethoven nr.4 in 1928, and Richard Strauss’ Burlesk in 1928, as well as the aforementioned concertos by Rachmaninov in 1918 and Chopin in 1917.

Whilst she was a member of the Berwald trio, Astrid Berwald worked tirelessly towards increasing knowledge of her grandfather’s music and getting it more widely disseminated. Her greatest contribution to society was, nevertheless, as a piano teacher at Richard Andersson’s school of music, where she worked from 1911 to 1935, and for which she was the director from 1935 to 1965. Several generations of children and young folk have testified to her lively and inspirational teaching style and above all her warm-heartedness. Her students included Fritjof Kjellberg, Seve Ljungman, and Margit Theorell.

Astrid Berwald was elected into the Royal Swedish Academy of Music as member nr.60 on 30 March 1935.

Astrid Berwald died in Shecheng, She Xian, Hebei in China on 16 January 1982. She was laid to rest in her family grave at the Northern Cemetery in Solna that same year. 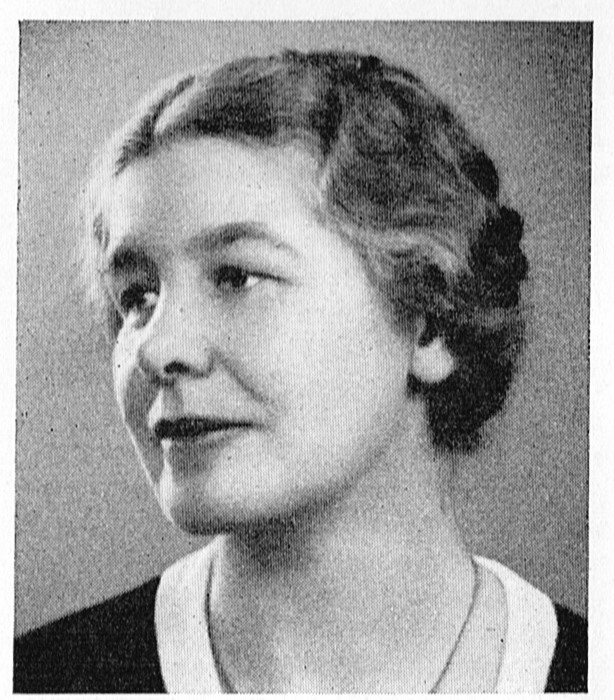