Astrid Forsberg was a teacher, journalist and author, active during the first half of the 1900s.

Astrid Forsberg was born in the rural parish of Bergsjö in the province of Gävleborg in 1898. She was the eldest child of Maria and Anders Olof Forsberg in a group of six siblings.

Astrid Forsberg made her debut as an author in 1925 with the book Allvarshistorier och skymningssagor. At that point, she was a recently qualified teacher from the county of Hälsingland who had started to develop her writing capacity by working voluntarily at the daily newspaper Stockholms Dagblad around 1923. That same year, she also worked at the editorial office of the short-lived magazine Novellen. Besides all that, she sometimes wrote contributions for the magazine Morgonbris, for example a series on ”Women’s problems and life ideals” and an article on ”The prostitution problem and the vagrancy legislation”. Later she also contributed to the magazine Hertha.

During the 1920s, she earned her living mainly as a teacher, first in Hälsingland and later in Stockholm. At the same time she wrote a number of new books: Det berättas in 1927, Vid brasan: Noveller och sagor in 1929, and Tungor av eld, also in 1929. This productive decade culminated in two attempts at writing drama: En ung mans väg: Ett spel i två akter in 1929, and Häxans hus: Skådespel i två akter in 1930.

Astrid Forsberg quit teaching in the 1930s, even though she was employed as the editor of the Association of Swedish elementary schoolmistresses’ magazine for a couple of years. Her main activity was instead a combination of journalism and authorship. She often wrote long reports, not seldom about social problems but also about aspects of cultural history. She usually worked as a freelance, but was closely connected to Husmodern, Idun, Vecko-Journalen, Vårt hem and Året Runt. Her interest for women’s situation in society was noticeable even in what she wrote for the commercial weeklies, for example her article in Vecko-Journalen in 1936 from a forced labour institution for women. In this article she took up a theme that she had written about in Morgonbris in the 1920s: vagrancy legislation and prostitution. She also participated in the daily press and occasionally gave a talk on the radio.

Astrid Forsberg’s authorship developed during the coming decades with novels like Du är vägd på en våg in 1935, Eros och korset in 1937, I skuggan av Bert in 1958 and Handen med lågan in 1964. With these titles, she won a certain respect for her authorship even though she does not belong to the most well-known names among debutants in the 1920s, like Vilhelm Moberg, Ivar Lo-Johansson and Maj Hirdman to name just a few. Astrid Forsberg did not only make her debut at the same time as them; they had all also attended courses at a folk high school on their way towards authorship, in Astrid Forsberg’s case Forsa folk high school in 1915.

From the 1930s onwards, Astrid Forsberg socialised in Stockholm’s journalist and author circles. She was elected onto Sällskapet Nya Idun (New Idun Association) in 1935 and was a board member of the Swedish authors’ society, nowadays Sveriges Författarförbund, SFF (Sweden’s authors’ association) in 1944—1948. She lived most of her life as single, but from her remaining correspondence it is clear that she had many close friends. It is also apparent there that she intended to marry the artist Carl Persson Deelsbo. In 1935, they were both staying in Estland and Astrid Forsberg informed a publisher in a letter that she was now to be addressed as Mrs Forsberg. No marriage was however registered and a few years later, Carl Persson Deelsbo married another woman.

The magazine Året Runt characterised Astrid Forsberg as a daughter of Hälsingland. She was introduced in this way in connection with the publication by the magazine of a new short story by her. The magazine opined that the healthy candour of that county permeated her entire authorship and that she had come to know the Swedish countryside in her numerous journalistic travels throughout the kingdom.

Astrid Forsberg died in September 1966. She is buried at Lidingö Cemetery. 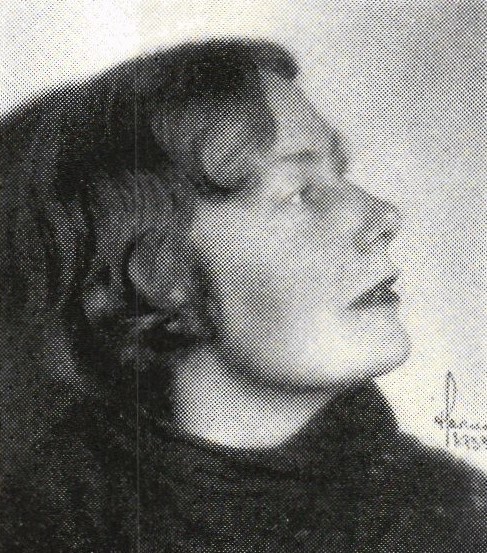