Astrid Kristensson was a legal practioner, an ombudsman, a parliamentarian, and later a county governor. She was nicknamed ‘Batongmormor’ (Granny Baton) in reference to her contributions to the legal policy debates in which she championed relatively hardline responses to criminals. She claimed to be proud of this nickname.

Astrid Kristensson set out on her career path as an ombudsman and a business lawyer, initially on behalf of Svenska Barnmorskeförbundet (the Swedish midwives’ association) and Svenska Ekonomiföreståndarinnors Förening (the Swedish association for matrons). She then became the director of Legitimerade Sjukgymnasters Riksförbund (national association of qualified physiotherapists), where she remained in post until she became a fulltime politician.

The right-wing politicians of Stockholm had noticed Astrid Kristensson’s social activism from an early stage and thus they appointed her as chair of their local association. This role was considered to resemble a political form of conscription. Astrid Kristensson and Gösta Bohman were both elected as parliamentarians in 1958 and they both held strongly conservative views. They nonetheless differed significantly with regard to the modernisation of family life, for example in relation to issues such as sexual equality and freedom of choice in childcare.

In 1958 Astrid Kristensson gained a post as a substitute member of the law committee in the second chamber of parliament. She served as an ordinary member of this committee from 1965–1970. She spent most of the 1970s serving as chair of Justitieutskottet (the Justice committee) in the single chamber parliament. In addition she held other parliamentary positions and was elected to many government posts within various administrations, committees and investigations. As a delegate to the U.N. in New York she gave a speech to the General Assembly, quite an unusual feat at that time.

From 1965–1971 Astrid Kristensson was a member of the 1965 abortion committee. She elaborated on her views on the subject during the May 1974 abortion debate in parliament. She believed that “no logical solution exists to the abortion question” and that a balance had to be applied between defending the unborn child and a woman’s right to decide for herself. Astrid Kristensson authored a large number of motions, as well as a several questions, throughout her 19-year parliamentary career. She began on the subject of care as this was tied to her own non-parliamentary work. Astrid Kristensson was “straightforward” and clear. She believed that politicians should not interfere in people’s daily lives. Leif Cassel, in his memoire entitled Så vitt jag minns, has characterised Astrid Kristensson as clever, clear-spoken, and honest.

Following Gunnar Sträng’s – the then minister of finance – tax proposals and debates on housewives Astrid Kristensson wrote on the subject of families and taxes. She claimed that a considered family policy would protect families whilst also taking the individual’s concerns into account. Women were to be viewed as individuals and not a collective group. People want to have the power to make their own life decisions and take responsibility for themselves and their dependents. Her guiding principle was “fewer laws more order” and in her view it was individual taxation that counted.

She then took on the question of judicial policy. She frequently engaged in public discussions of the subject, quickly becoming the leading conservative politician within the sphere of criminal policy. In her view social standards were of utmost importance and were to be expressed within the nation’s laws. Those who commit crimes were to atone for them and thus were also to be considered as fully able to take responsibility for their actions. Respect for the law can only be delivered with the application of consequences appropriate to the events that precede them. Astrid Kristensson was nicknamed ‘Batongmormor’ by those sentenced to imprisonment as they viewed her as an unwavering and fair person.

Following the conservative success at the 1976 election it seemed obvious that Astrid Kristensson would be appointed minister of justice, but this did not come to pass. Folkpartiet and Centerpartiet representatives felt that she was too controversial a person, leaving Astrid Kristensson disappointed. When her name was put forward as part of the cabinet in the 1979 government she responded: “If I was not good enough in 1976 then I am not good enough in 1979 either”.

Twelve parliamentarians have shared their memories, experiences and lessons learned in the book Riksdagen inifrån. In it Astrid Kristensson describes what daily life was like at Helgeandsholmen (the site of the Swedish parliament) before 1971. She claims that there were no individual offices but that one worked on foot, in a ‘mobile office’. The chamber, the ‘sammanbindningsbana’ (a 45 metre long corridor connecting the two chambers of parliament), the library, or a special room supplied with a number of typewriters all served as offices. Special telephone cabins were in place for making phone calls.

Following Astrid Kristensson’s appointment as governor of Kronoberg county in 1977 she was rapidly adopted by the locals. She was heavily involved in efforts to develop the county’s economy. In her, ‘glasriket’ (the crystal kingdom) had gained an efficient ambassador. She was also engaged in other areas such as the production of a recipe for the ‘Kronobergaren’ snaps and selling it to Operakällaren.

Astrid Kristensson was willing to take on most things. She participated in a half-time penalty shoot-out at the 1978 Småland derby between Öster and Kalmar football clubs, which entailed appearing before an audience numbering 15,720 people at Värendvall dressed in a woollen skirt and a pixie cap! As the potato-seller of Växjö Stortorget market said: “She fairly hit the spot, that lady!” It has also been recounted that she performed gymnastics exercises on the steps of the governor’s residence.

Astrid Kristensson was awarded the Serafimer medal of the 12th degree in 1983. She died in 2000. 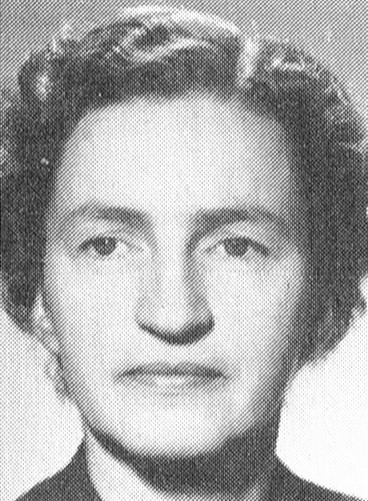