Astrid Nyberg was the first woman editor in chief in Sweden. Her newspaper was N.H.T. Vestkusten which was an amalgamation of two west coast newspapers: Norra Hallands Tidning from Varberg and Vestkusten from Kungsbacka. As editor in chief with her editorial office in Varberg, Astrid Nyberg carried on a significant campaign to create an opinion for women’s political suffrage.

She was born in 1877 as the third child of Johan Peter Nygren, a journalist, and his wife Johanna, née Ullgren. Johan Peter Nygren purchased the newspaper N.H.T. Vestkusten in 1878. He came most recently from Göteborgs Handels- och Sjöfarts-Tidning, at which he had worked with the big names of the time, like S.A. Hedlund and Viktor Rydberg, in a liberal cultural environment.

Astrid Nyberg matriculated as a private pupil. She worked as a nurse before taking the job of editor in chief at the newspaper in 1903, since her father wanted to retire. Initially, she edited the newspaper alone. She reviewed all the larger and smaller gatherings and therefore cycled around the countryside gathering information, as was portrayed in the series ”På stålmärr genom våra bygder”. The newspaper grew considerably in due course under her leadership, and she had many colleagues – a group of male journalists and female office staff. As their leader, she was firm but warm-hearted according to the employees. She also ran a successful printing house for books.

Astrid Nyberg was very engaged in the issue of the freedom of the press. She was basically conservative, but with some radical views, and was an idealistic and emotional person. She was a member of the local branch in Varberg of the temperance organisation Vita Bandet and for a brief period its chairperson. She was also a member of the Varberg branch of the women’s suffrage organisation Föreningen för kvinnans politiska rösträtt. In her newspaper, she fought for women’s political suffrage and dedicated her newspaper pages to informing the readers about the association’s various meetings.

She approved of the cultural radicals of her day like for example August Strindberg and Ellen Key. Concerning the suffrage issue, Astrid Nyberg asserted that women both unmarried and married should enjoy the same rights and privileges. The suffrage champion Frigga Carlberg recounted after a visit to Varberg in 1909 that Astrid Nyberg had held a provocative speech for general suffrage for the workers in the harbour and that she had thereafter been called in to the mayor to explain herself. ”She looks and speaks like the wildest suffragette, loves Kata Dalström and the memory of Victor Larsson with a burning love, and is the editor in chief of a right-wing newspaper,” wrote Frigga Carlberg.

Astrid Nyberg died in 1928 and her newspaper was handed over to her staff. 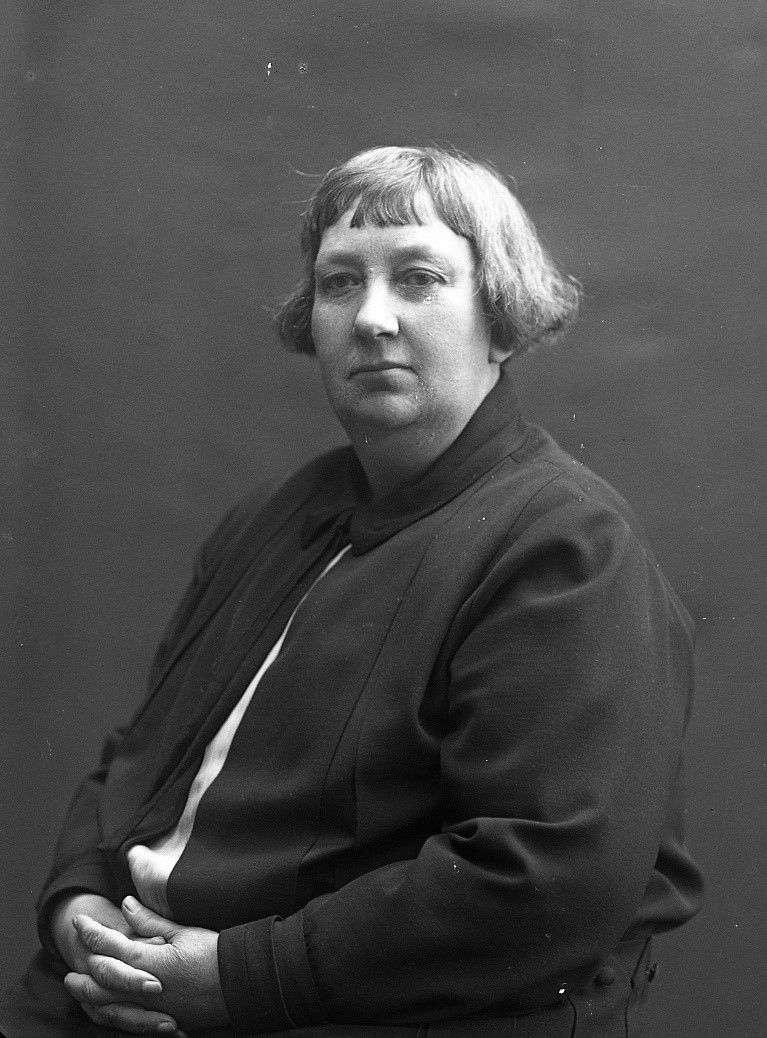