Astrid Sohlman-Nyblom was born Astrid Ragnarsdotter Sohlman in Karlskoga in 1905. Her father, Ragnar Sohlman, was a chemist, engineer, inventor and explosives technician for Alfred Nobel within Bofors-koncernen. Her mother was Ragnhild Sohlman, née Strøm, who hailed from Kristiania (now Oslo) in Norway. Astrid Sohlman-Nyblom grew up alongside her two brothers, Rolf and Sverre, within a well-to-do home. Her sister, Ingrid, died when very young.

Astrid Sohlman-Nyblom was the niece of the textile artist Signe Sohlman and of Nanna Bendixson, the painter. Her parents-in-law were Olga Maria Nyblom, also a textile artist, painter, and illustrator, and the well-known Swedish painter, glass artist, etcher and illustrator Thure Lennart Nyblom.

Astrid Sohlman-Nyblom spent the year of 1927–1928 studying art and handicrafts at Tekniska skolan (now Konstfack, college of arts, crafts, and design) in Stockholm. Her parents had moved to the Swedish capital when her father had taken up a new job as director, member of the Board of Trade, executor of Alfred Nobel’s will and founder of the Nobel foundation, which came to have a notable impact on the family’s finances.

Astrid Sohlman-Nyblom continued her studies during the 1928–1930 period and gained experience in textile techniques at Handarbetets Vänner at Djurgården in Stockholm. The latter association had been founded by Sophie Adlersparre, promoter of Swedish textile arts, who ran a design studio and employed weavers throughout the nation. During the period of 1930–1932 Astrid Sohlman-Nyblom deepened her knowledge by undertaking study trips to London and Paris.

In 1932, then aged 27, Astrid Sohlman-Nyblom set up the Studio ARS textile studio (the initials were taken from her full maiden name Astrid Ragnarsdotter Sohlman). This studio lay at De Geersgatan at Gärdet in Stockholm. A large number of weavers were hired to work for her to produce cloth for home furnishings such as rugs, curtains and furniture coverings. Astrid Sohlman-Nyblom valued traditional techniques, such as long-pile ‘rya’ rugs and short-pile ‘flossa’ rugs which she often combined in order to create interesting textures, based on old designs. She tended to use linen and wool but she also experimented with new materials such as artificial silk and cellophane for which she is particularly remembered, even now. Cellophane was produced from cellulose xanthate, also known as viscose, and was sold in glittery, narrow strips which proved to be ideal when combined with linen yarn when producing rugs. The sturdy and durable nature of this material can be seen in her rugs which have survived from that time. She used a colour-scheme which included various hues of brown, grey, and green which she created herself by dying wool using Iceland moss, lichen, mosses from stones, and other plant-based dyes.

Astrid Sohlman-Nyblom exhibited at handicrafts exhibitions in Brussels, New York, and in Vienna as well as in various places throughout Sweden and her pieces all garnered attention. She also worked frequently as a writer for the periodical Svenska hem i ord och bilder during the 1930s, advocating that Swedish homes should be furnished with textiles in order to create cosy environments. Astrid Sohlman-Nyblom felt, however, that holiday huts should only be furnished using non-woollen textiles in order to prevent the spread of clothes moths given that these huts were only lived in for brief periods throughout the year. Her own home at De Geersgatan 16 at Gärdet was considered to be tastefully decorated using furniture, colours, patterns and elements in her own textiles viewed as modern in the 1930s and thus was featured in the periodical. Astrid Sohlman-Nyblom also served as a style-adviser and decorator for clients and their homes were then featured in the periodical during the second half of the 1930s.

In 1937 Astrid Sohlman-Nyblom married the designer and interior-designer Peder Nyblom. The couple had four children together: Staffan, Christina (Titti), Astrid (Atti), and Carl Rupert. Like many women at that time Astrid Sohlman-Nyblom had to give up her professional work in order to raise her children, run the family home, and manage other household obligations. Following their move to a home in Nynäshamn she developed an interest in flowers, bushes and trees. Once her children had grown up she created a beautiful garden which eventually fell into the care of her children. Astrid Sohlman-Nyblom was widowed in 1981 and survived her late husband for another nine years. 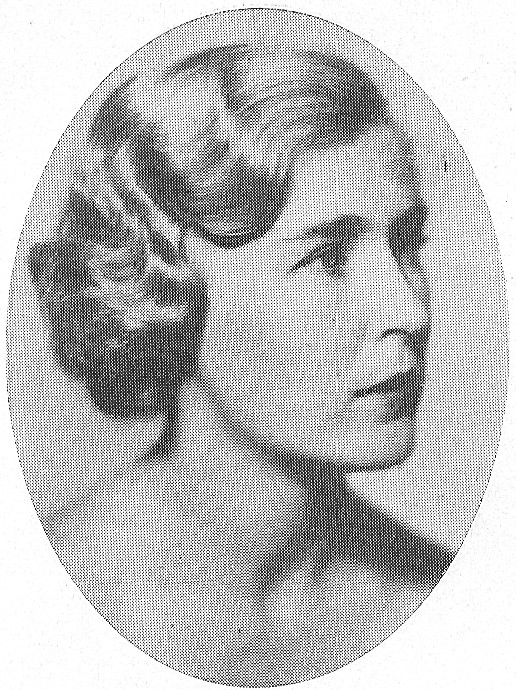