Astrid Väring was a widely read and talked-about author who was of great importance to the development of Norrland literature during the first half of the twentieth century.

Astrid Väring was born in Umeå in 1892. Her parents were Karl-Erik Glas, a mathematics teacher, and Rosa Glas, the daughter of one of the leading business men in the town. Astrid Väring had three older sisters; Tyra provided an important source of support to Astrid Väring throughout her life, while Dagmar and Ragnhild, who both suffered from psychological illnesses, were kept hidden away and secretly cared for at home by their mother. Astrid Väring often referred to her own family history and the more ancient history of her ancestors in Västerbotten in her writing, in particular the vulnerable peasant population and their suffering during years of scarcity.

After attending the local girls’ school for ten years Astrid Väring was accepted into the prestigious female techer-traing programme Högre lärarinneseminariet in Stockholm in 1910, where she remained for three years. She had already expressed her wish to become a journalist when she was a child but her father decided that she should focus on a teaching career first. Once she had completed her training in Stockholm she spent the academic year of 1915—1916 working as a private teacher at a farm in Västergötland. She later used this experience as the basis for her partly autobiographical first novel, entitled I rang med husets katt, published in 1924.

During the summer of 1916 Astrid Väring returned to Umeå in order to focus on writing and becoming a journalist. That same year she began to contribute to the liberal newspaper Västerbottens-Kuriren. During the early spring of 1917 she became a fulltime employee there, and the first female member of the editorial staff. For the ensuing two years she served as a treasured and outspoken cultural journalist who produced many reviews, causerie-style articles, short stories, and reports.

In the spring of 1919 Astrid Väring married the theologian and teacher Eugen Väring. She then gave up her job at the newspaper and moved to Vänersborg where she began a new life. The 1920s became a hectic and turbulent decade for her, marked by successful literary output, an expanding family that included two children, financial worries, and a strained marital relationship.

Astrid Väring’s great breakthrough as a writer came in 1926 with the release of her novel entitled Frosten, situated in the poor peasant surroundings of Västerbotten during periods of famine, illegal forestry activities, deforestation, and the social obstacles of the 1860s. Her novel gained a lot of attention and was lauded by reviewers in the major newspapers, who described it as an important and original work, revitalising the genre as a whole. A critic at Svenska Dagbladet called the book “the best portrayal of local life in upper Norrland to hitherto have been produced within Swedish fiction”. Frosten, along with Vintermyren published the following year, are Astrid Värings most eminent literary works.

Karin Edlund, a literary specialist, has emphasised, in her dissertation from 2003, the many different themes and genres that come together in Frosten. It is simultaneously a novel of indignation and an educational novel. Many of the scenes within it are characterised by strong descriptions of nature, displaying a love for the Västerbotten landscape. At this point Astrid Väring’s increasingly basic conservative view also began to emerge, in which she promoted the local area, cultural roots, shared local activities, and a solid grounding in nature and the environment in contrast to the dissolution, plundering, and cultural radicalism of modern society.

In 1928 Astrid Väring was a co-founder of, and became chair of, the Moderate Party’s women’s association in Vänersborg. She began to make political speeches on Sweden’s national independence, warning against both Soviet-style communism and American mechanisation. In the ensuing years her party-political stance was above all marked by a fear of revolution and Soviet troops.

Towards the end of the 1930s Astrid Väring’s marriage to Eugen Väring came to an end. She left Vänersborg and, following a very brief relationship with a German businessman named Ernst Loewe, she then lived alone in Stockholm with her children in very precarious circumstances, gaining financial support from her sister Tyra.

At the beginning of the Second World War Astrid Väring was drawn into an increasingly pro-German and somewhat pro-Nazi circle through one of her friends. For a short time she was suspected of espousing pro-Nazi sympathies herself but this she definitively rejected. There is no supporting evidence in source material for such an accusation, although it does emerge that Astrid Väring had a conciliatory and uncritical view of Nazism during the early years of the war.

Astrid Väring’s novel Längtan heter vår arvedel, which was published in 1941 and enjoyed very successful sales, is a tragic love story based on real-life events in Västerbotten which occurred during the first half of the 1800s. The lead character is based on Sara Greta Persdotter who was executed in 1830 in Skellefteå for having murdered her eight-month-old son. Just as in, for example, the novel Marja- berättelse från fjället, from 1928, and her final novel, Trollkona, from 1956, this book tells of a strong, independent, but powerless woman in a vulnerable situation. The books also recount the struggle between true love and social conventions, women who accept the guilt of other people’s crimes, children born outside of wedlock, prejudice, social isolation and the fight for vindication.

For her novel Katinka, which recounts the Russian occupation of Umeå and the surrounding towns during the 1808-1809 war, Astrid Väring won a 1942 novel competition held by Wahlström och Widstrand, Svensk Filmindustri, and Hemmets Journal. Despite reviewers panning the book, Katinka nonetheless became the most sold book in Sweden that year and the first prize of 25,000 Swedish kronor allowed Astrid Väring to resolve her financial problems. She was once again an author with a large readership and was wealthy enough to move her family to their own house in Bromma.

In early 1943 Astrid Väring reignited contact with a childhood friend from Umeå, Martin Öhman. They entered into a relationship and married a few years later. Martin Öhman had a tragic back story. He had been fired from a government job and then, against his will, had been committed to the a mental asylum in Umeå. Astrid Väring considered these events to be a scandalous abuse of his rights.

She used his life story as the basis for what became her best-known and most discussed novel, I som här inträden, 1944, a cleverly told and angrily rebellious attack on abuse and the misuse of power within Swedish mental healthcare.

I som här inträden was quickly adapted for the silver screen and became a subject of fierce debate in early post-war Sweden. Former patients and their dependents approved of the book but it was also subject to strong criticism, primarily from the medical establishment. Further, the author became the instigator behind the establishment of a patient association. Both sides in the discussion were extremely upset. As Karin Edlund states in her dissertation at some points in the story the “balance between fiction and agitation almost degenerates” but it was written in what — even for Astrid Väring — was an unusually angry and powerful way.

Throughout her literary career Astrid Väring stood up for the little man, for outsiders, and for the misunderstood, for those on the periphery. With I som här inträden she began a new form of criticism against the impersonal, bureaucratic power of the welfare state. The novel can, in several ways, much like her 1946 work Du skall icke dräpa, be viewed as being ahead of its time.

Astrid Väring’s final novel, Trollkona, was published in 1956 and told of the historical figure of Malin Karlsdotter, or Malin på Tangen, who lived in Jämtland during the first half of the 1800s. The novel links up with several of the author’s recurring themes, again with a strong, tragic female focus in the centre.

Astrid Väring was, as Karin Edlund writes, a conservative socio-critical author of the Swedish welfare state. Her traditional story-telling style and sometimes uneven approaches meant that after a while she ended up in the dark and no longer benefited from much attention. Following the plaudits for Frosten she never received such unreservedly favourable reviews again.

That which made her unusual and odd in the modern 1900s makes her relevant, interesting, and worth a read during the 2000s. Astrid Väring was more anticipatory than either she herself or her critics could have known.

She was also way ahead of her time in her involvement in ecological circles, concern for the environment and nature. Her defence of personal integrity and value ahead of prejudice, the abuse of power and injustice have not lost their potency. Further, her portrayal of the tensions of modern society between the centre and the periphery, between change and tradition, between privilege and vulnerability, still speaks to us directly today.

Astrid Väring died in 1978, aged 85. She is buried at Bromma Cemetery in Stockholm. 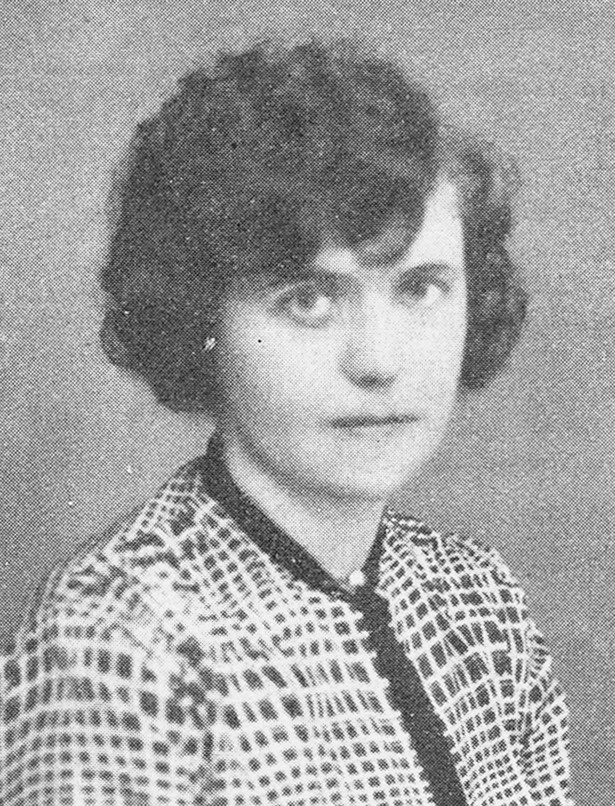