Aurore Pihl started Norrköpings Norra läroverk för flickor, a grammar school for girls. She was a driving force in Norrköping behind women’s right to education and the struggle for women’s political suffrage.

Aurore Pihl was born in 1850 in Hällestad in Östergötland Province. Her mother was Ulrika Kristina and her father was Per Johan who was a crown bailiff. Most of her childhood and adolescence was spent with a maternal aunt in Askersund where she received her education.

At the end of the 1870s, Aurore Pihl was accepted by the women’s teacher training college in Stockholm, Högre lärarinneseminariet. After taking her teaching diploma, she returned to Östergötland, and together with her classmate Gerda von Friesen founded Norrköpings Norra läroverk för flickor in 1880. It was also known as Norrköpings nya läroverk för flickor or Pihlska skolan.

For a long time, Aurore Pihl had dreamt of creating a private school at which girls were offered just as good tuition as boys received at their grammar school. The challenge was especially great in the industrial town of Norrköping with its large broods of children in the labouring classes and poor families without financial resources. Also, two girls’ schools had already been established in the town. The critics considered the fact that new, modern pedagogy was promised under the leadership of young, engaged schoolmistresses to be of absolutely no importance. The school would not be able to pay for itself.

However, Aurore Pihl and her colleague did not give up. They started on a small scale. Twelve pupils were divided into four classes in three rooms in the northern workers’ district in the city. Two years later, the girls’ school had increased its number of pupils, moved to bigger premises and begun to receive state support.

Aurore Pihl’s organisational ability and pedagogical skills as well as her individually adapted tuition were widely recognised. In stressful situations she might display an impetuous temperament, but she always treated her pupils fairly. Under her leadership, the girls’ grammar school, or Pihlska skolan as it was usually called, acquired a good reputation and was considered one of the best private schools in the country.

Apart from her work as a teacher, Aurore Pihl was very involved in the women’s suffrage movement in Norrköping. Right from the start of the Norrköping women’s suffrage association, she was one of the driving forces and participatory in many of the association’s decisions. As the vice chairwoman of the association, Aurore Pihl criticised current legislation that stopped women from being active in certain professional fields. That should be up to the individual herself, she opined. Aurore Pihl also took up women’s lower wages. What difference did it make if the job was done by a man or a woman? “The same wage for the same work, when it was done equally efficiently with the same competence by man and woman”.

In the spring of 1909, Aurore Pihl held a lecture for the suffrage association in Norrköping. Universal suffrage for men had recently been introduced, even though many men were counted out on account of unpaid taxes or for having received poor aid. Like many other women, she thought that it was good that men had now been given full citizens’ rights “in our shared native country”. One step in the right direction. Nevertheless: “There is a large but, however, and behind it stand Sweden’s women, wondering and enquiring: When will we be given our rights?”

The opponents to suffrage considered that women’s political franchise would be a hindrance to men’s working practice and also that it would enable women to take men’s jobs. The opponents to women’s political franchise said besides that they wanted to protect women from the storms and strife of political life and return them safely to the quiet world of the home. Which was something Aurore Pihl turned against.

“Men have spoken about our emotionality, our inability to weigh reasons for and against, and first and last our lack of maturity. Anyway – one fact is that we are still political minors.”

Aurore Pihl was the principal for the Norra flickläroverket i Norrköping until her retirement in 1916. She died in 1938 at Strålsnäs in Boxholm, at 88 years of age. 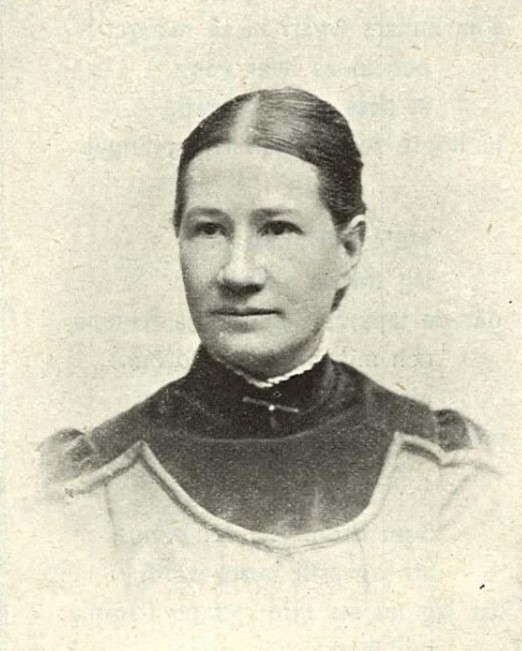