Barbro Söderberg was a professor of Swedish at Stockholm university. She made major contributions to several research areas within Scandinavian language studies, primarily literary stylistics and medieval studies.

Barbro Söderberg was born Barbro Kerstin Elisabet Olsson in Stockholm in 1932. She was the first child born to Karl-Johan and Ella Olsson, née Hellström. Her parents both worked for a life insurance company, within which her father was a director of a department. The next year after Barbro Söderberg’s birth her brother Björn was born, followed a few years later by the youngest brother, Bo. Karl-Johan died by 1938, when Barbro was five years old, leaving Ella with three young children.

In 1941 the family moved to Stocksund in Danderyd where they lived with Barbro’s maternal grandparents, Axel and Kerstin Hellström, who themselves had moved to Danderyd from Skutskär following Axel’s retirement as a sea captain. Barbro Söderberg developed an interest in nature as a child and had been active in the Scouts and a dedicated bookworm. Her paternal aunt, Signe Olsson, who had been a public-school teacher, encouraged her studious nature. Signe Olsson has been described as an important role model for Barbro Söderberg, who matriculated at Högre allmänna läroverket för flickor (advanced general school for girls) in Norrmalm in Stockholm. Like many others Barbro Söderberg supplemented her school education by attending a one-year business course at Frans Schartaus Handelsinstitut. Any thought of going to university, as far as it even existed then, had to wait.

“Kvinna sent ute” was the headline of the article, published in the Dagens Nyheter newspaper family pages marking Barbro Söderberg’s 60th birthday in 1992. The text refers to Barbro Söderberg’s late entry into academia, after raising a family of two daughters, and having already qualified as a teacher of Swedish and Russian. The description of her life’s trajectory as remarkable reveals the extent of the changes which occurred from the 1990s onwards regarding women’s options for advanced education and research. It also reveals the norms which had been prevalent within the university world Barbro Söderberg entered into during the 1960s–1970s. Her experience was that women would often step aside for men who had “sharper elbows” – this must have been difficult for younger PhD students to understand a couple of decades later when they met her in the role of professor, whose obvious and natural authority demanded their respect.

In 1970 Barbro Söderberg was appointed lecturer at what was then Institutionen för nordiska språk (department of Nordic languages) at Stockholm university. Her interests in languages were already very broad and interdisciplinary. She not only engaged in teacher-training and in language planning but she was also interested in grammar and language history. She combined these two branches into one subject for her licentiate thesis in 1967 which focused on the -s plural in Swedish – a subject which she later expanded on in her publication Från rytters och cowboys till tjuvstrykers: s-pluralen i svenskan, from 1983.

Having an interest in practical adaptable language planning and the role of instruction in the mother tongue at school was apparently a natural route for a teacher who wanted to delve into the tradition-laden field of research of Nordic languages. However, Barbro Söderberg’s research focus did not end there. She sought to gain a deeper understanding of the history of the language and she became increasingly interested in ancient texts. Meanwhile she adored literature. Within the academic sphere, where the borders between similar subjects such as linguistics, Nordic languages, and literary studies were strongly delineated (perhaps precisely because these subjects were always struggling to distinguish themselves from each other), Barbro Söderberg chose a subject for her PhD thesis which lay halfway between language studies and literary studies – or perhaps one should say lay within both spheres.

Her study, entitled Flykten mot stjärnorna. Struktur och symbol i Eyvind Johnsons Hans nådes tid, published in 1980, strongly contributed towards the establishment of literary stylistics within Nordic studies. During Barbro Söderberg’s doctoral studies a sphere of stylistics emerged at Institutionen för nordiska språk at Stockholm which included a focus on language use in contemporary texts. Sten Malmström was one of the driving forces in this sphere. Barbro Söderberg’s main focus, however, remained everyday prose. Indeed her passionate interest in the role of language in literary narratives gave her a completely unique approach to texts. It made no difference whether she was dealing with twentieth-century literature or ancient Norse poems. To her it was entirely natural to move from Hans Nådes tid to Lokasenna in the Poetic Edda. Here she investigated the one thousand year old ancient Icelandic formal language and thereby established herself within yet another tradition-laden Nordic field: Edda research.

A unique approach and groundbreaking perspective became Barbro Söderberg’s research trademarks. Using these powerful tools she not only reinvigorated literary stylistics but also the study of ancient texts, philology. The extensive tradition within this field prescribed a systematic search for original texts against which linguistic and graphic variations in all subsequent versions were to be noted and catalogued. Barbro Söderberg took a broader perspective: she wanted to know how the texts were used, by whom and why. Could the texts reveal anything about how widely reading and writing abilities were disseminated amongst the population during the medieval period? Indeed, did alternating between Swedish and Latin signify anything? What was society like and what role did language play in people’s lives and in their ways of thinking? The Nordisk medeltidsliteracy i ett diglossiskt och digrafiskt perspektiv (Nordic medieval literacy in a diglossic and digraphic perspective) project, on which she collaborated with her colleague Inger Larsson in Stockholm, became a groundbreaking study which incorporated modern research in writing habits and written culture into the study of ancient language developments. Barbro Söderberg believed that new observations on how children acquired the ability to read and write was of significance to the nascent writing culture of the medieval period and she was inspired by research on the use of manuscripts and texts within British and American social classes. The view of each manuscript as interesting in its own right, as a testament to its function and its place in written culture, became a fundamental starting point of what is now known as the new philology.

Barbro Söderberg’s innovations and engagement are highlighted as prominent characteristics in the festschrift she was presented by her former doctoral students on her retirement. She supervised several doctoral projects on Swedish medieval manuscripts and a dynamic scene rapidly grew up around them, within which Barbro Söderberg was the fulcrum. She was also involved in doctoral projects on runic writing and on the early working-class presses. Further Barbro Söderberg’s impact went far beyond her own doctoral students. Many others were inspired by her perspectives on literacy, a term which has no direct Swedish translation. Researchers often choose to focus on one particular aspect: on reading and writing abilities or on the social customs associated with reading and writing. For Barbro Söderberg all these elements were connected. Research into literacy no longer occupies a contentious place within Swedish language studies and she is one of the main reasons for this development.

Following her retirement in 1997 Barbro Söderberg made very specific decisions as to how she spent her time and energy. She did some writing, retained some of her formal roles, but physically she withdrew from the university and led an active life involving her garden, cultural events, her family, and her friends. Not even the effects of a stroke in the early 2000s hindered her from her activities.

Barbro Söderberg died in June 2019 and she is buried at Norra begravningsplatsen (the Northern cemetery) in Solna, within her father Karl-Johan’s family tomb. Her paternal aunt Signe, the public-school teacher, also lies there. 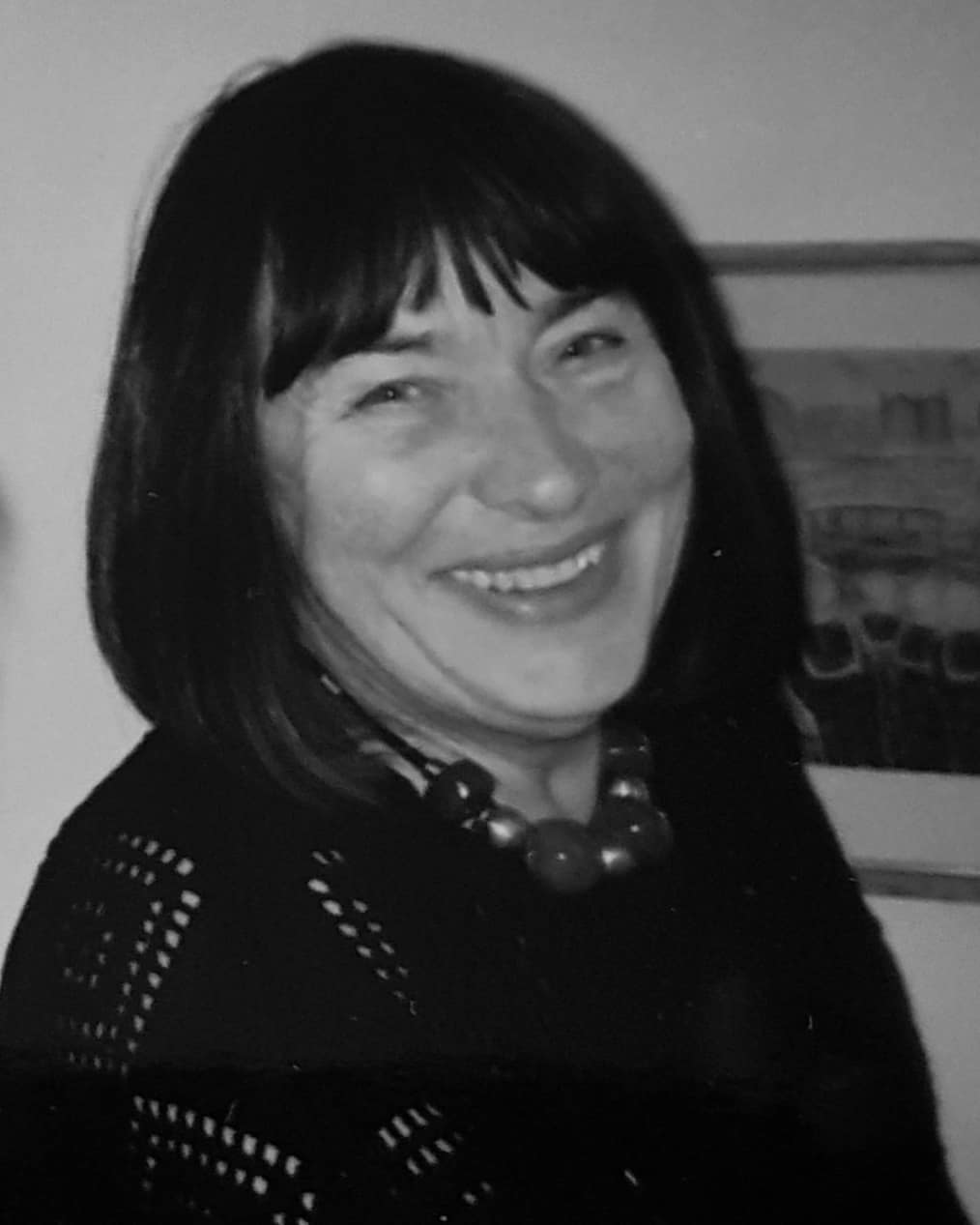