Beata Bergström was one of the earliest female Swedish theatre photographers. She developed a unique photographic style and primarily worked at Dramaten, but also at the Royal Opera, Vasateatern, and at Stockholm city theatre.

Beata Bergström was born in Uddevalla in 1921. Her parents were Maria and Nils Björkman. She moved to Stockholm where she began to work as an assistant at biology and chemistry laboratories in the early 1940s. During her spare time she sometimes went orienteering and became Swedish female champion in this sport in 1944 and 1947. She practised yoga all her life which, according to her own account, enabled her to better deal with the physical exertions she later experienced while working as a photographer. Towards the late 1940s she attended a couple of painting schools, including Otte Sköld’s school of painting. For a couple of years after that she lived in Östersund where she got married and had a son named Stefan. It was while living in Östersund that she met a photographer and she became so inspired by the profession that she decided to devote herself to it. She then took on a few photo-journalism jobs for the Östersunds-Posten newspaper before divorcing her husband in 1951. She then moved to Stockholm with her one-year-old son, sharing a home with her mother and her sister, who helped with childcare and facilitated her photography studies. Beata Bergström first served as an apprentice with the photographer Lars Björk, then with Nils Sallstedt, and even later with the photographer Sten Didrik Bellander – a central figure of Swedish photography during the 1950s. Bellander was one of the founders of the influential Tio Fotografer (Ten Photographers) group established in 1958. Whilst serving as an apprentice Beata Bergström learned to develop film and to make copies of other people’s photographs.

Beata Bergström’s friends in Stockholm included Ivo Cramer and it was their friendship which led to a career as a theatre photographer after she accompanied Cramer to Oslo to take pictures of Cramérbaletten at the Chat Noir theatre in 1953. Cramer introduced Beata Bergström to Dansfrämjandet (an organisation that promoted dancing) productions staged at Kungliga Operan and so she got the opportunity to take pictures at that theatre too. It was through Dansfrämjandet that Beata Bergström also began to work with Birgit Cullberg. The head of the theatre section of the Dagens Nyheter newspaper, Anna Greta Ståhle, purchased some of Beata Bergström’s photographs and this led to her being hired to take pictures of a rehearsal of Orestien, directed by Olof Molander, at Dramaten. This connection resulted in Beata Bergström supplying a full page report for the newspaper in 1954.

Beata Bergström’s photographs were completely different from the traditional photographs taken at Dramaten at this time. She made the ongoing stage dynamics the focus of her images. Other theatre photographers, such as Sven Järlås, would pose the actors pose as their characters, either individually or as a group, often within a studio. Beata Bergström sought to capture the moment, in the spirit of Henri Cartier-Bresson who was one of her role models. She photographed the actors in action. She would initially take pictures as the rehearsal was starting, before the actors were dressed up as their characters. Beata Bergström treated her theatre work as photo-journalism. After Karl Ragnar Gierow, head of Dramaten, caught sight of the photographs she had taken of Orestien he opted to hire Beata Bergström as the theatre photographer and left Sven Järlås aside. Gierow apparently said “We’ll go with Beata’s pictures”. She subsequently spent three decades working freelance for Dramaten, whilst also working at many other stages and for many other dance-companies throughout the years. These included Kungliga Operan, Vasateatern, Teatern i Gamla Stan, Pistolteatern, Stockholms stadsteater, Lilla Teatern in Helsinki and Folkteatern.

Beata Bergström developed a technique for capturing actors on stage in a way that did not disturb them. She prepared thoroughly for her jobs and would properly read the manuscripts and attend earlier rehearsals before beginning her work in documenting the acting. She also took dance lessons in order to better understand how dancers worked. She would have her lunch with the actors and they quickly became used to her constant presence, with her camera. Initially she used a Roliflex camera, then a Hasselblad. However, these cameras were noisy and required frequent changing of camera film, again a noisy process. She then began to use a Leicaflex and remained loyal to this camera for many years. She had to make use of the existing light on the stage and in the early 1950s photographic film was not so light-sensitive. This demanded a lot of experimentation in the darkroom in order to successfully capture events on the dark stages with spotlit actors. By late 1954, however, Kodak Tri-X film became available and this allowed for greater variation. Beata Bergström worked alone, never using assistants, although she sometimes benefited from apprentices. She primarily took black and white images.

In 1957 Sune Jonsson, another photographer, published a photographical manifest in Fotografisk årsbok which was signed by a group called Sju Stockholmare (Seven Stockholmers) in which Beata Bergström was the sole female photographer. Sju Stockholmare sought to counteract the experimental aesthetic as championed by another group, Unga Fotografer (Young Photographers). Beata Bergström participated in several exhibitions as a member of Sju Stockholmare. The group promoted the idea of a ‘people’s photography’ which can be seen as the beginnings of documentary images which found real success during the 1960s.

From the 1950s onwards Beata Bergström’s pictures were displayed at several exhibitions, in Stockholm in 1954, 1957, and 1958. In 1961 she exhibited her work at Liljevalch’s art gallery. Her first major solo exhibition was Tio år med Dramaten in 1964, displayed in the foyer at Dramaten and subsequently touring across Scandinavia as well as further afield in Europe.

During the 1960s Beata Bergström produced photo-journalism reports for Vi and Industria magazines. She was invited to Lilla Teatern in Helsinki in order to take pictures of Tove Jansson’s play about the Mumin trolls. She collaborated with Vivica Bandler, Lasse Pöysti, and Birgitta Ulfsson, amongst others. She was invited out to Tove Jansson’s and Tuulikki Pietilä’s island of Klovharun in the Bay of Bothnia where she also took pictures. Beata Bergström expressed this experience as something extraordinary and several of the images can be seen in the book Muminvärlden & verkligheten published in 2014.

Beata Bergström was present at and photographed several of Ingmar Bergman’s productions at Dramaten. The first of these was Who’s afraid of Virginia Woolf? in 1963. Some of the others were Peter Weiss’ Rannsakningen in 1966, Ett drömspel by August Strindberg from 1970, Vildanden by Henrik Ibsen from 1972 and Twelfth night from 1975. This was no easy-going collaboration. Bergman, after working in Münich, returned to Dramaten in 1984 to mount a production of King Lear. This was Beata Bergström’s final time working with him. Ingmar Bergman and Jarl Kulle could not bear the noise of her camera and dispatched her to the front row of seats leading Beata Bergström to decide to stop working at Dramaten. Nevertheless, her collaboration with Bergman had produced an exhibition called Bergman Strindberg Bergström which travelled the world through the Swedish Institute.

The previous year, in 1983, Beata Bergström had moved to Järna where she began to work at the Rudolf Steiner Medicinal- och Örtagård. She had developed an interest in biodynamic gardening and had illustrated a number of books on the subject, including Dynamiken i det levande, published in 1976. That same year an eponymous exhibition was held displaying images from biodynamic gardens and from the theatre.

Beata Bergström picked up her art studies again in 1985. From 1990 she worked, along with a group of artists based at Yttereneby studio, producing abstract paintings using tempera.

In 1995 Beata Bergström took pictures of the premier of Kristina från Duvemåla by Lars Rudolfsson at Malmö musikteater. A book was also published in 1996, entitled Bortom en vid ocean. In 1998 Beata Bergström was awarded the Eklövet cultural prize in recognition of her ground breaking contributions as a theatre photographer.

Beata Bergström died in Järna in 2016 and she is buried at Norra begravningsplatsen (the Northern cemetery) in Solna. 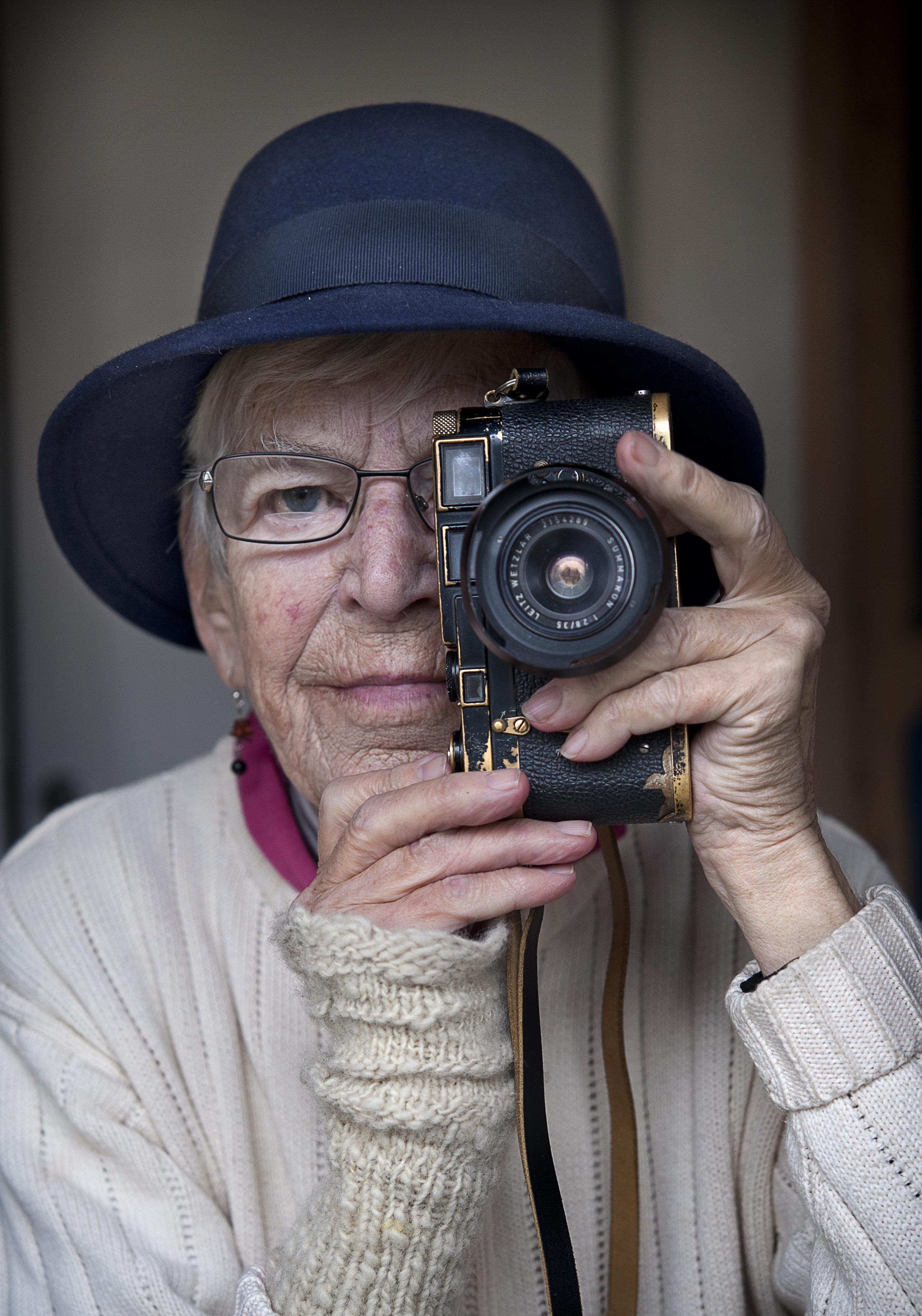