Beata Rosenhane was the first woman in Sweden to receive a modern education following the norms of French ideas of ‘préciosité’ (preciousness).

Beata Rosenhane was born in Norrköping in 1638. She was the second child, and first daughter, born to the governor of Östergötland, Schering Rosenhane. Her father came from a relatively unknown noble family but had developed a distinguished career in official service and quickly became both a privy councillor and a baron. By the mid-1600s he was one of the most powerful men in Sweden. Beata Rosenhane’s mother, Beata Sparre af Rossvik, was a member of the established nobility who was related to Axel Oxenstierna’s wife and had been brought up in the Chancellor’s home.

Beata Rosenhane spent her early years living in the governor’s residence, that is, Linköping castle. However, like many other noble families at that time, Beata Rosenhane and her family moved around between various relatives’ farms. A frequent destination was one of the two main family farms called Torp, where Beata Rosenhane’s paternal grandmother lived, and which Schering Rosenhane later inherited. Sometimes the family stayed at Beata Sparre’s Tistad estate. When they were in Stockholm the family initially stayed in “the governor’s apartment” at the castle, and later on Riddarholmen in the Rosenhane palace, erected during the years of 1652–1656. The family also frequently visited Nyköping and Uppsala when the royal court was in residence in those places. Schering Rosenhane’s wife and family sometimes accompanied him on his travels for his various official overseas visits and this sometimes included Beata Rosenhane.

In 1645, when Beata Rosenhane was seven years old, she and her mother travelled to Münster, Germany, where her father had already spent two years in post as the Swedish resident serving in the ongoing Westphalian peace negotiations. Meetings were held in Münster with the representatives of the Catholic states, as well as with delegations from across Europe – apart from Great Britain, Russia, and the Ottoman empire. The German researcher Dickmann has noted that “here splendour and luxury was surrounded by the harshest destitution”.

It was in Münster, in February 1647 that Beata Rosenhane, then aged eight and a half, began to keep the first of her eight surviving exercise-books. These books serve as the main sources for her academic studies which took significant inspiration from the new aristocratic culture from France called ‘préciosité’. This had begun to flower in Paris and was popular amongst women as it encompassed feminist elements. It is said to have emerged out of the salons run by the Marchioness Catherine de Rambouillet circa 1620, at which aristocratic women, the cultural elite, and politicians all met in a refined environment. The form of socialising at these salons differed greatly from the male-dominated and still quite unpolished environment at the court. Although Beata Rosenhane’s father served as her main academic supervisor it was his German secretary, Georg Heinrich Ludolf (later mayor of Erfurt) who was largely responsible for her education. However, neither Rosenhane nor Ludolf had time to pay close attention to her studies. Usually she was given written tasks and instructions in her exercise-books, which were sometimes corrected, initially with detailed comments. The exercise-books thus form unusually good sources for tracing Beata Rosenhane’s studies.

The primary language of these exercise-books is French, but Italian and German entries also occur. Descriptive exercises and so-called discourses – numerous short accounts of different items and phenomena, all completed in a similar manner – form the majority of the texts. Beata Rosenhane also wrote a fair amount of narrative and descriptive prose of a historical nature, taken from both ancient and recent history, and various types of entertaining or remarkable anecdotes, as well as poetic text in the form of poems and songs. The prose pieces tended to refer to specific named works: her task was thus to summarise these works concisely whilst also using them as the basis for language exercises. She was to present them in a different language from the original printed language (usually French texts in Italian and vice versa). These exercises were useful for the practises of conversation and writing letters which were both vital to the salon culture. Apart from learning how to express herself appropriately Beata Rosenhane also gained exposure to a number of stories on which she could base her conversation.

Beata Rosenhane was just twelve years younger than Queen Kristina who claimed in her autobiography that she received the best education any princely person in Sweden could receive, but who also complained that it was hardly suitable for use in the salon as “the civility which is essential for the ability to differentiate educated people from others was as yet unknown in Sweden”. Schering Rosenhane gained practical experience of the new sophisticated salon culture in Münster at salons hosted by Duchess Anne Geneviève de Bourbon-Condé. It is not too bold a thought to wonder whether Rosenhane had already then begun to make plans to create a modern-style salon host out of the young Beata Rosenhane as she might in the future inhabit a promoted position within the young queen’s court in Stockholm.

In the summer of 1647 the queen called Schering Rosenhane home to Stockholm and in January 1648 she sent him to Paris as her Swedish ambassador. Beata Sparre and four of her children – Beata Rosenhane and her siblings Christina, Axel and Bengt – followed Rosenhane to Paris in the summer that same year. Ludolf was already in Paris and another two tutors were hired by Schering Rosenhane to teach his sons. One of these tutors was Ludolf’s brother Hiob Ludolf, who later became a famous orientalist. The family lived in the Swedish embassy hotel in Fauborg Saint-Germain. According to accounts Rosenhane maintained a large household in order to make an impression, and indeed he lived beyond his means. He was tasked with obtaining an increase in French subsidies to the Swedish Crown, or at least ensuring that the current subsidies were regularly paid. As he became increasingly critical of French policies complaints about him were sent to the Swedish queen. Thus in the summer of 1649 he was recalled to Sweden. He nevertheless continued to serve the queen in many important roles, and indeed carried on doing so for her successor, King Karl X. The queen’s abdication in 1654 did, however, bring an end to the very courtly life in Stockholm which Beata Rosenhane was finally fully trained for and ready to make use of.

Schering Rosenhane died, apparently quite unexpectedly, at his Torp estate on 5 august 1663. From that time onwards Beata Rosenhane mainly lived with her mother, apart from any trips she took to Stockholm. Beata Rosenhane often jokes in her letters to her brothers Bengt and Axel about how she would love to be courted yet when that situation finally arose, in early 1671, she did not take kindly to it. At that time Erik Ribbing – not only a distant relative on her mother’s side, but also a captain in the Västgöta regiment and baron Boxholm in Östergötland – began to court her. Just like Queen Kristina and the followers of French préciosité Beata Rosenhane now began to claim in a letter to her brother Bengt that she had always been against marriage. The letter makes it clear that her mother was keen to see her married. Beata Rosenhane gave in and, on 29 August 1671, she married Erik Ribbing. Her new husband was not financially astute and he appears to have had a fondness for strong drink. Beata Rosenhane’s letters written after her wedding complain of how abandoned she feels and how boring life is. As she wrote to Bengt one autumnal Sunday morning: “No one ever comes here and nothing is discussed other than the pulping and harvesting of the fruits of the earth”. Her worries soon came to an end through illness. She appears to have become ill in June 1674, at which point she wrote her will. It remains a mystery as to which illness struck her down. 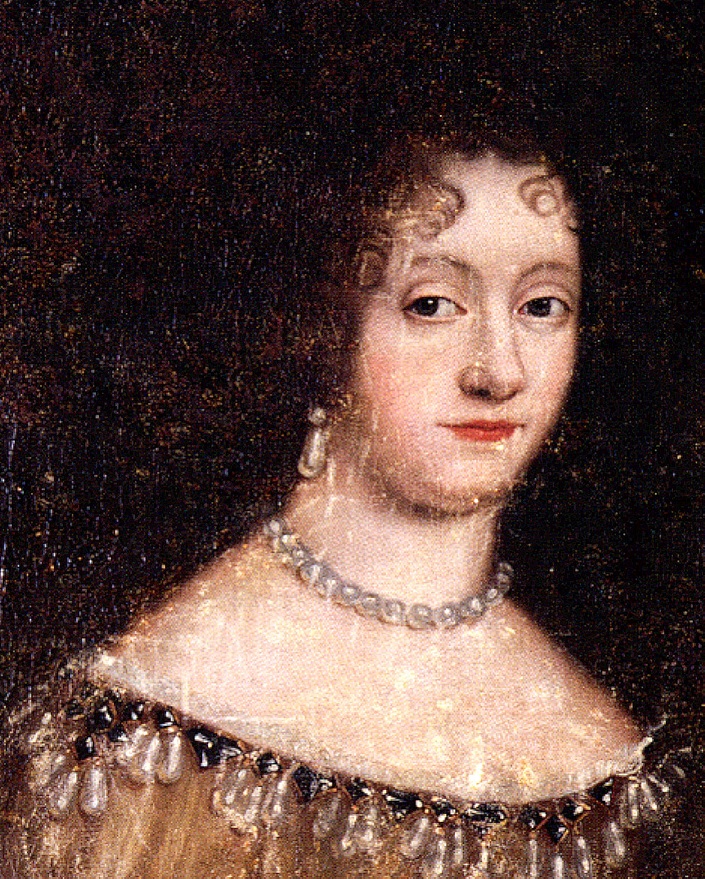